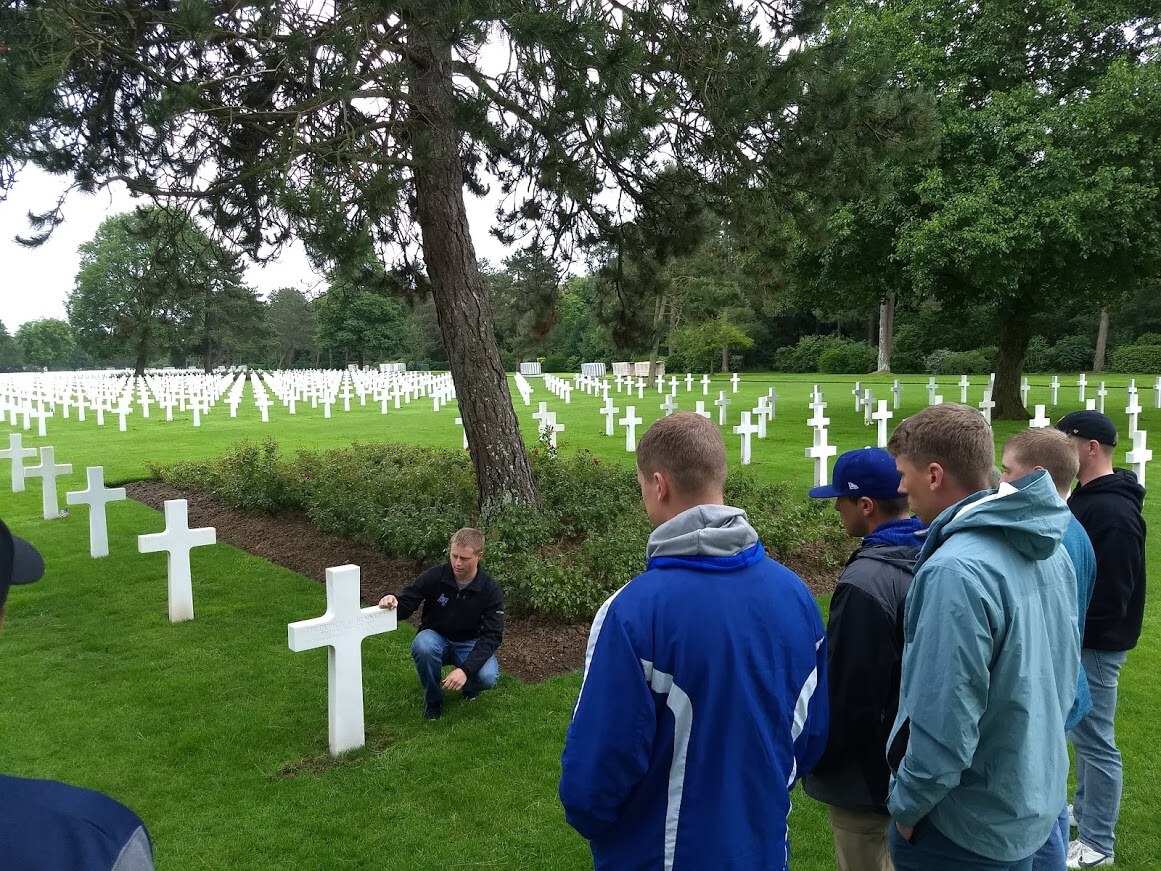 U.S. AIR FORCE ACADEMY, Colo. — Cadets from the Air Force Academy spent two weeks of their summer break near the beach, but it probably wasn’t the shoreline you’d expect.

They went to Normandy, France, to pay their respects to the 160,000 allied troops who crossed the English Channel on D-Day, June 6, 1944, to begin clawing-back Europe from Nazi control.

Perhaps most importantly, said Lt. Col. Eugene Richter, deputy director of the Academy’s Geospatial Sciences Program, cadets met with D-Day veterans who helped liberate France in June 1944. The veterans shared their recollections of the landings and the days that followed.

The trip also provided an once-in-a-lifetime academic opportunity for the students of military history and military geography, Richter said.

“Walking the beaches and hedgerows where the battle for France unfolded, and reflecting on the heroism and sacrifices which occurred in those exact locations, gave us a first-hand understanding no film or textbook could ever replicate,” he said.

At the Normandy American Cemetery, cadets stood by the gravesites of U.S. service members and spoke about their bravery and loss.

“It opened my eyes to how much sacrifice and pain was shared through the battles of D-Day,” said Cadet 1st Class Molly Brabant.

Allied casualties that day are estimated to be 10,000.

“Visiting famous battle sites, seeing the geographic evidence of the bombing and shelling and interacting with decorated veterans, made everything about Operation Overlord come to life,” Brabant said.

Cadet 2nd Class Robert Maxwell said he was impressed by the level of respect between the two countries.

“The moment President Macron thanked the American veterans was the most moving part of the memorial ceremony,” he said.

The trip changed Maxwell’s view of the scope of D-Day.

“Learning about it is one thing, but seeing the beaches in person greatly changed my perspective,” he said. “It made me realize how hard an objective D-Day was from a logistics standpoint.”

“Nearly every street corner in Normandy is the same as it was in 1944, and each step further inland was an equally important part of the invasion,” he said. “I met dozens of World War II veterans who contributed to this invasion, each providing their own personal stories, fears, and triumphs from D-Day. My continuing research into the D-Day invasion will be forever informed by the veterans I met.”

The allied landing at the beaches of Normandy remains the largest sea-to-land invasion in history. 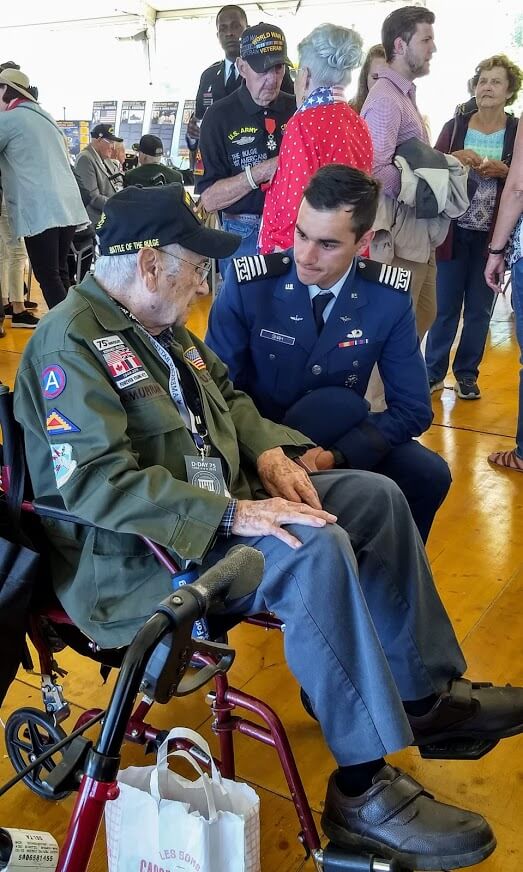 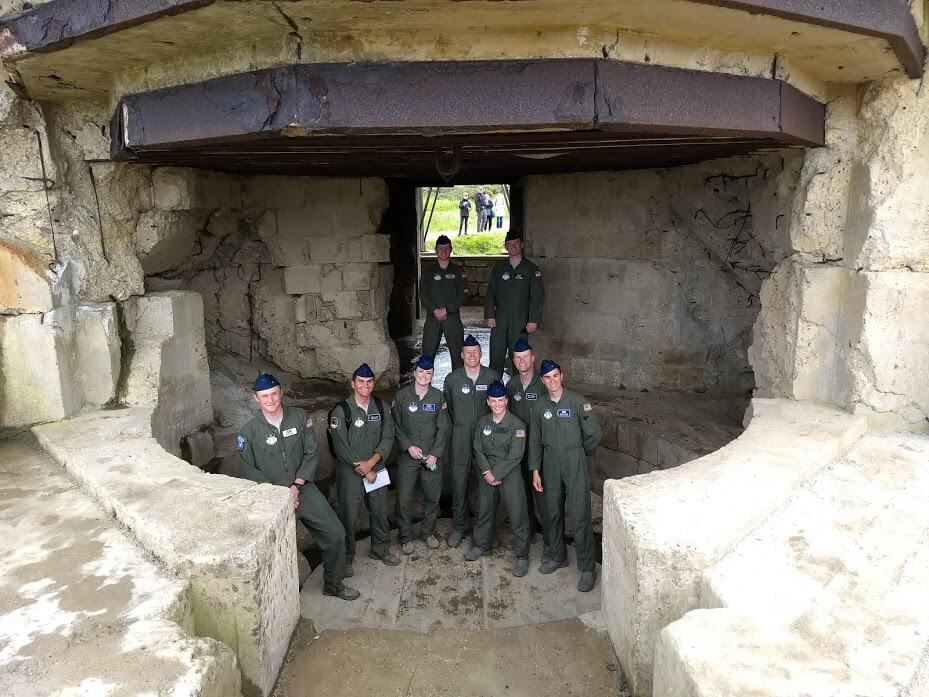 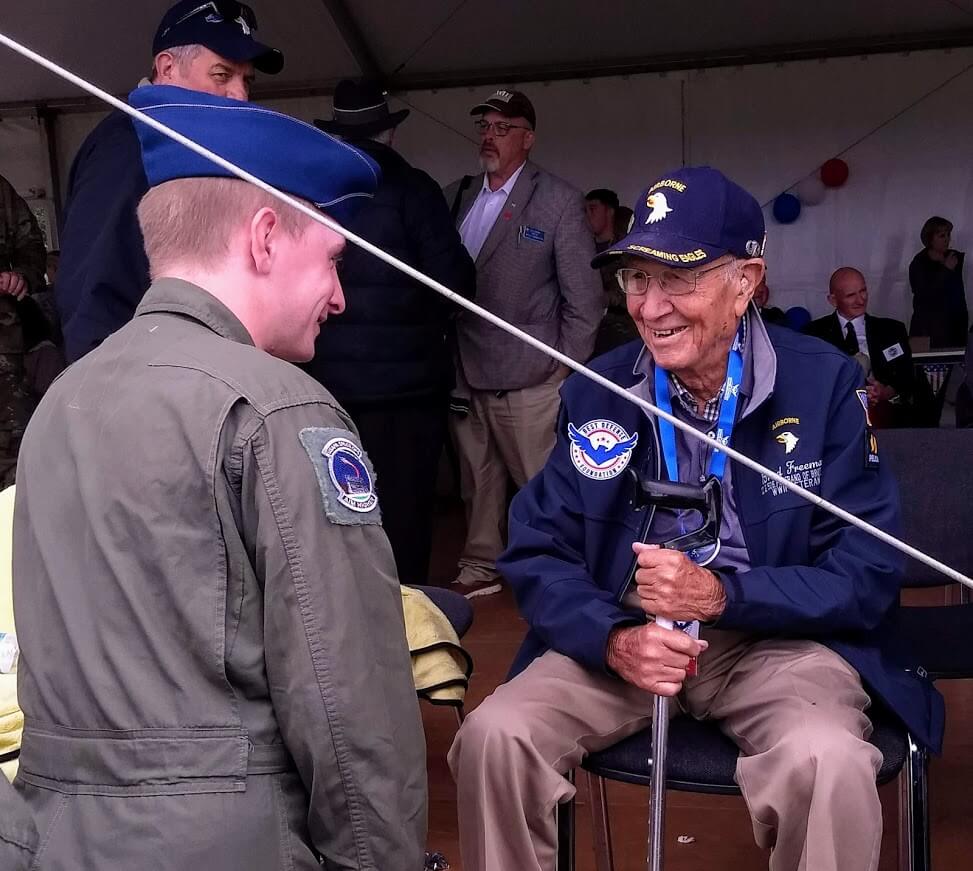 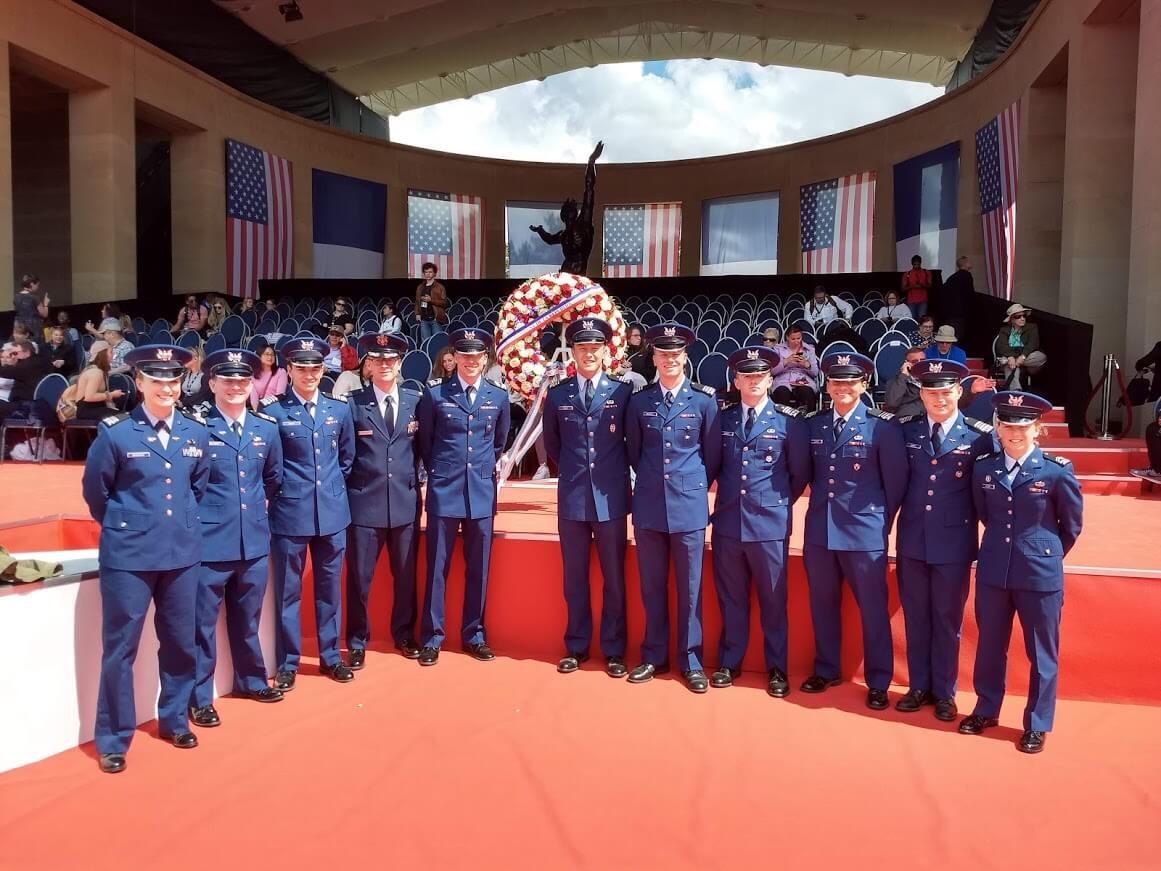 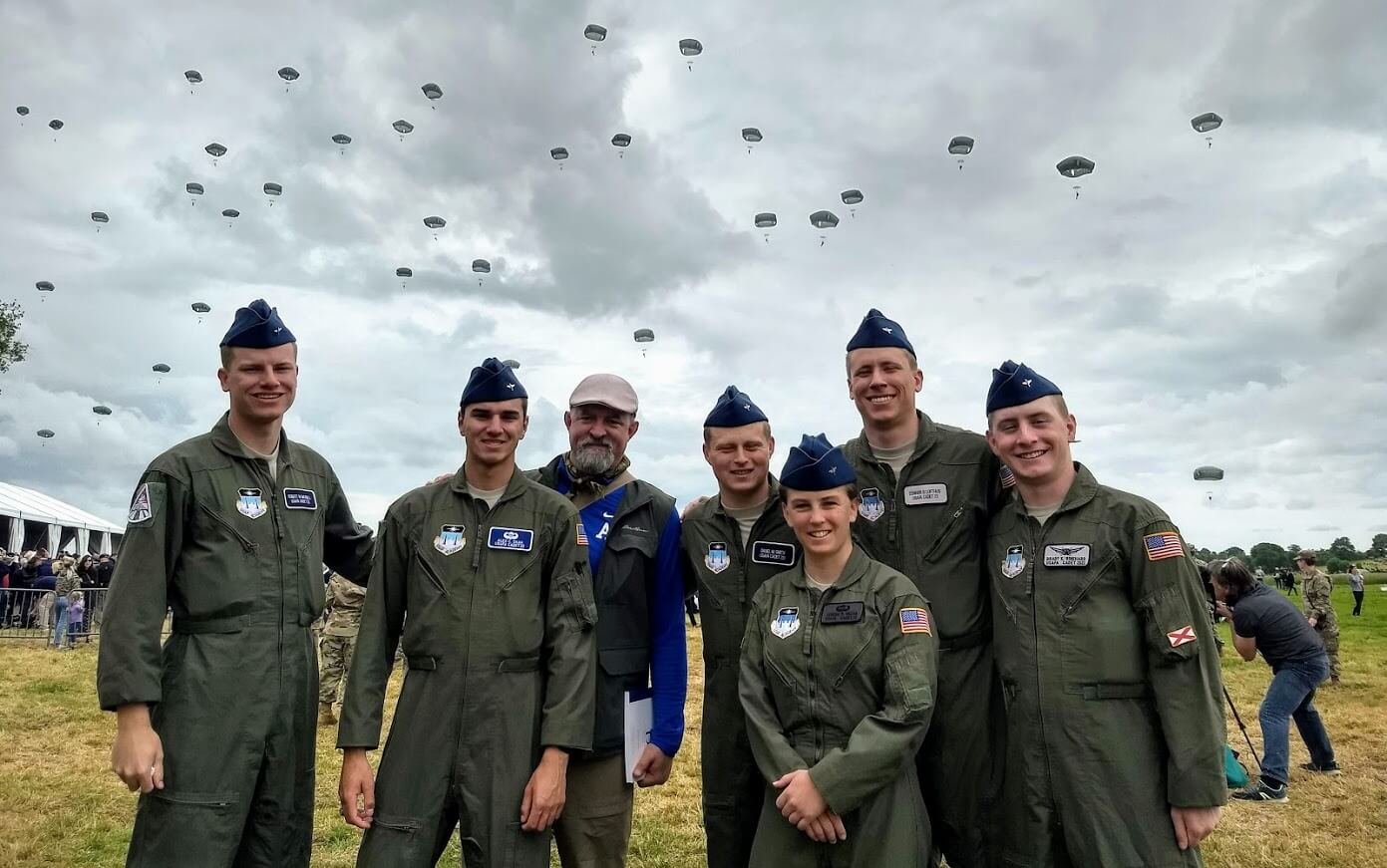 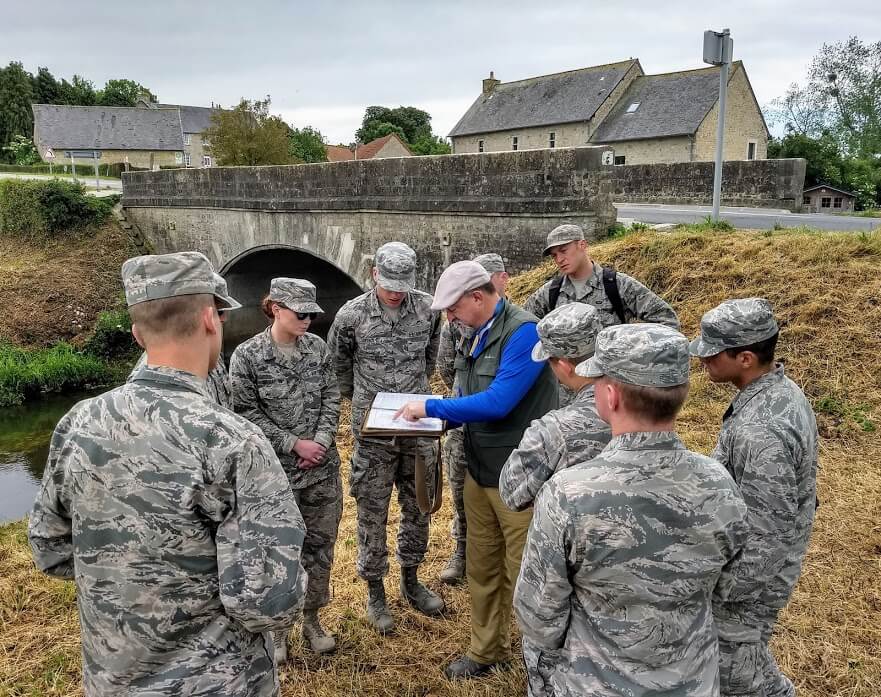 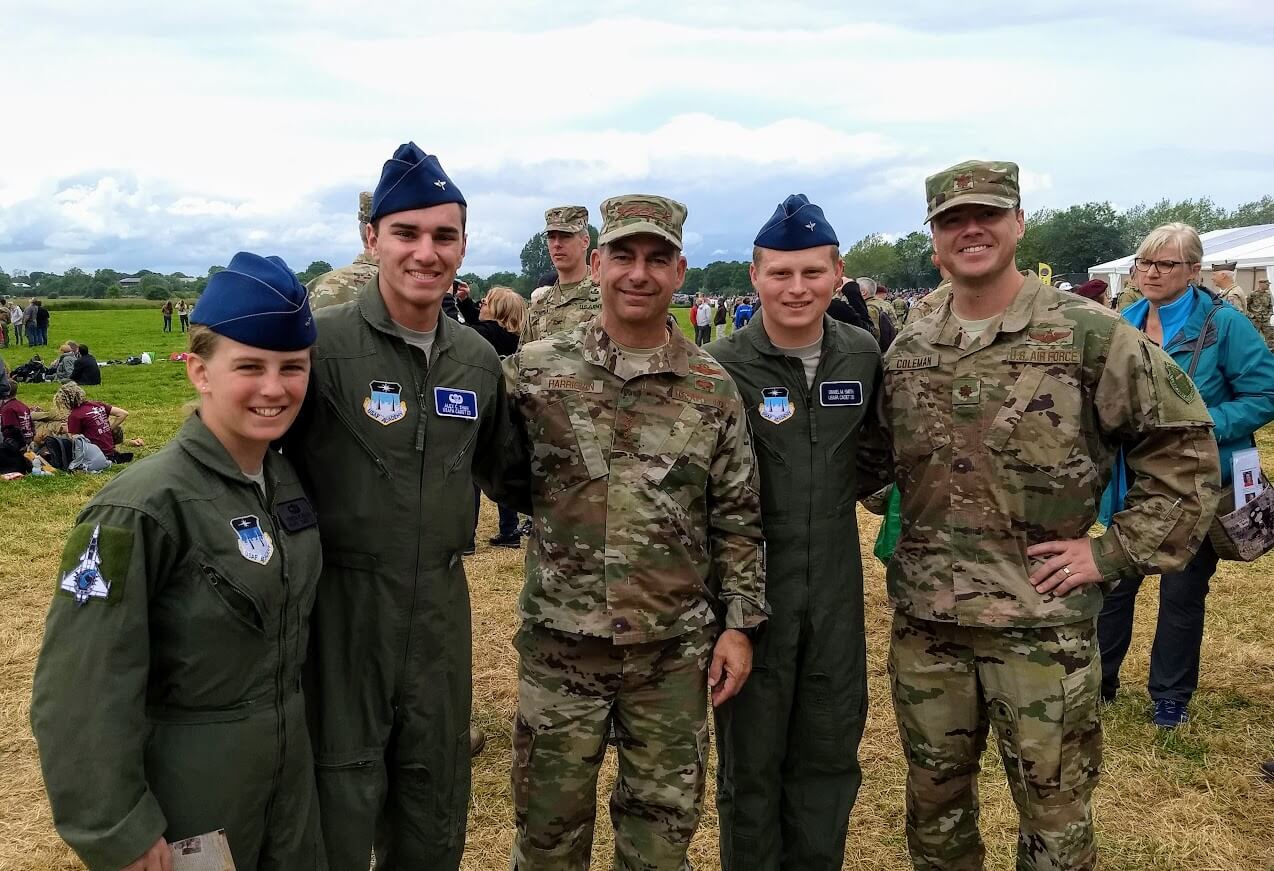 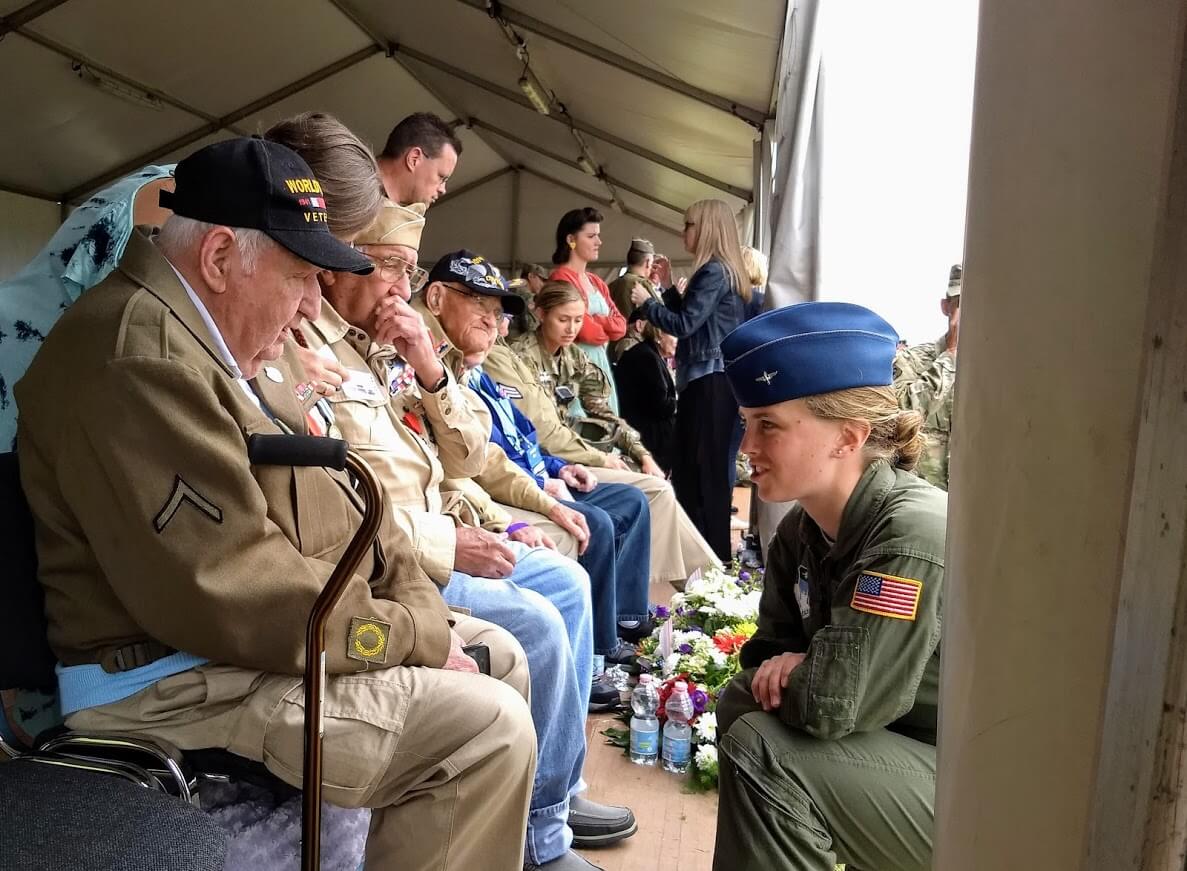