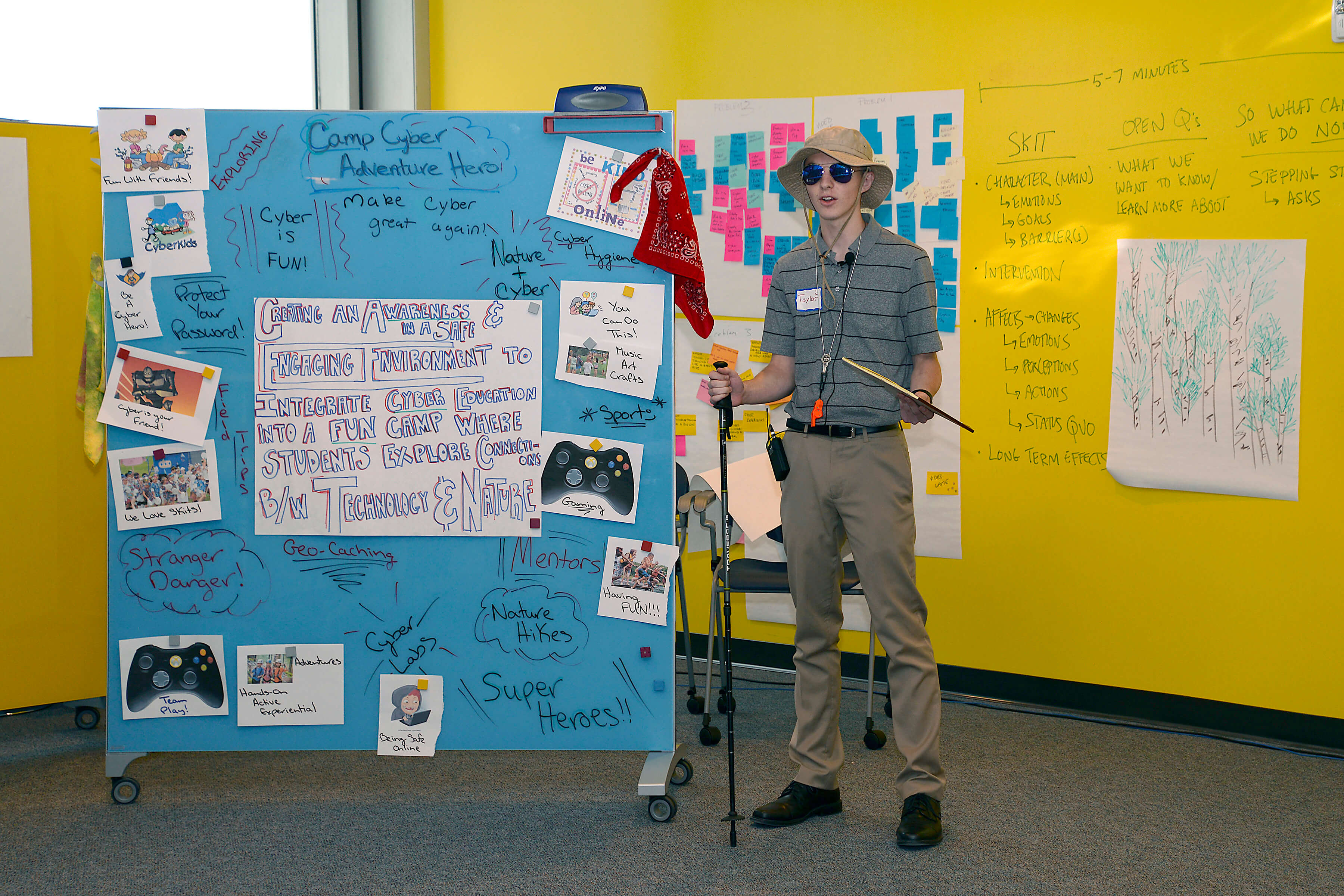 The future of cyber lies in the hands of young people, including service academy cadets and high school students, said a group of IT experts July 20 at the Air Force Academy.

Getting that message out in new and creative ways was the purpose of a Design Sprint hosted by the Air Force CyberWorx team at the school.

“Our premise for this Design Sprint is ‘What could the Air Force Academy and Pikes Peak Community College create to better attract and retain students in cyber-aligned classes and programs,’” he said.

Madeline Riggs, 19, was part of a group highlighting the importance of women in the IT field. After her group’s presentation, she said the IT realm is dominated by male employees and she’d like to help change that for female college students, including Academy cadets. Riggs said women can strengthen the cyber sector and they shouldn’t be cowed by the fact that most IT employees are men.

“If [women] put their mind to it, they can get past the patriarchy,” Riggs said. “No one ever changed the world by keeping her head down.”

Riggs attends Red Rocks Community College in Denver. She’s a student and a help-deck tech at the school. Participating in the Design Sprint was fun, but she said she hopes her group’s message was presented in a meaningful way.

“I thoroughly enjoyed, it but my inside voice was telling me it was nice to finally be in position to speak my mind,” she said.

Herold advocated for the inclusion of all young voices.

“The question,” he said, “is ‘how do we get more kids coming out of high school interested in and understanding cyber, and what else can we and our 21 partners do to maximize their potential for the benefit of education, tech-transfer and national security?’”

The ultimate goal of the Design Sprint is to increase the cyber pipeline, Herold said.

“If we can help more kids’ become cyber-savvy, the U.S. will have a much-better educated work force and that benefits the Air Force, Colorado and all of us,” he said.