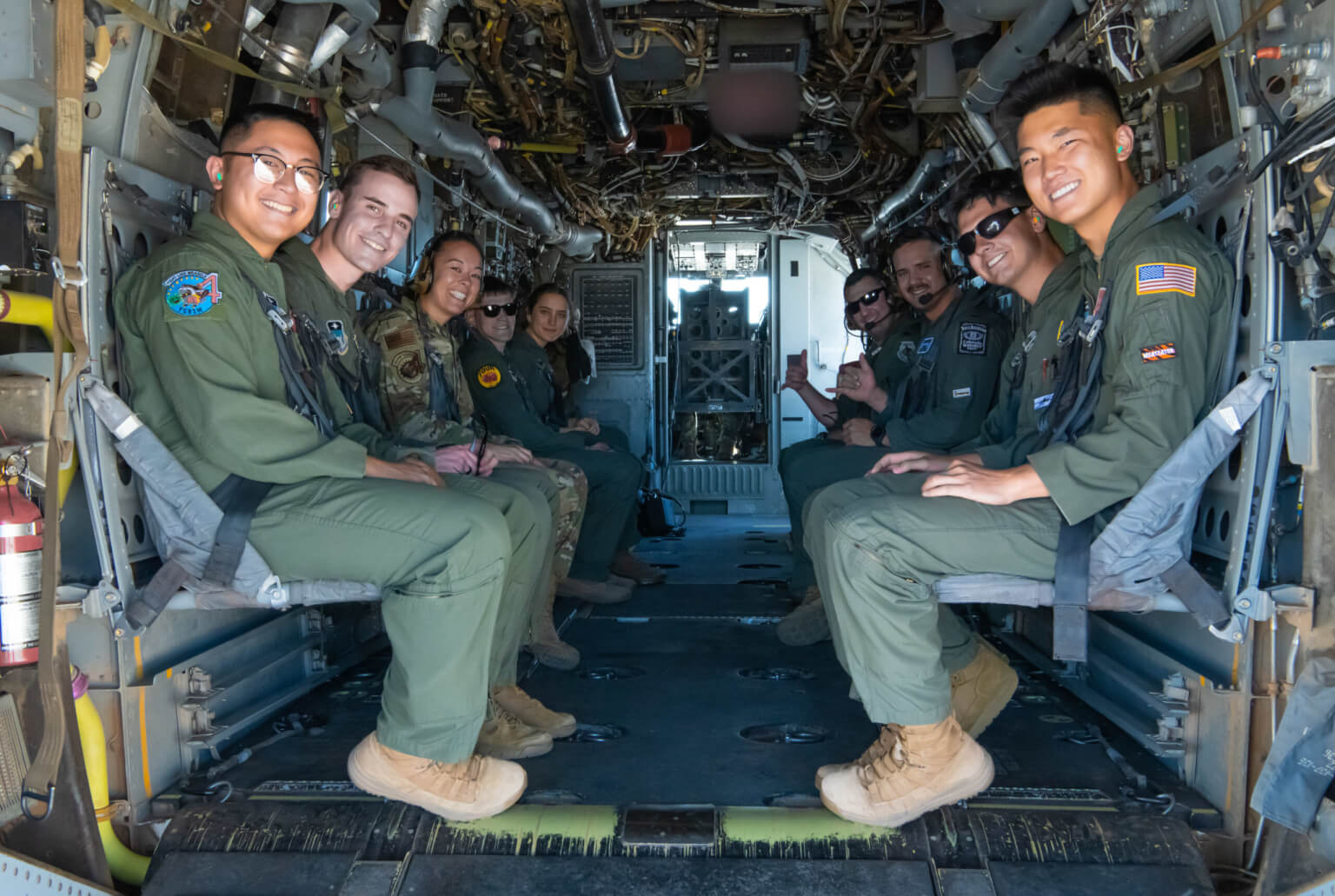 CANNON AIR FORCE BASE, N.M. —  Cadets from the U.S. Air Force Academy visited the 27th Special Operations Wing at Cannon Air Force Base, New Mexico, to get a look at an operational Air Force base, April 21.

This is the first time in two years that cadets from the Academy toured Cannon for a sponsor base wing trip to witness how an operational Air Force Special Operations Command base functions.

“It’s an awesome opportunity for the cadets to get their hands on some aircraft, talk to some real operators,” said Lt. Col. Dale Gogan, Cadet Squadron 34 air officer commanding. “[Air Force Special Operations Command] adds a lot to the fight and these cadets haven’t really seen a real Air Force base yet. It provides them an awesome opportunity to see what the mission is.”

The trip took the cadets, assigned to Cadet Squadron 04 and 34,on a tour of Cannon’s flying squadrons and mission support agencies.

“By giving cadets insight of the mission, operations and all of the mission support agencies on base right now, it will better posture them as the next generation,” said Capt. Jordan Read, 27 SOW programs and special projects deputy chief. “It will allow our future leaders to come up with outside-the-box thinking, and come up with creative solutions that we can innovate.”

“A lot of these cadets are choosing careers based on things they hear,” Gogan said. “This event gives them their first opportunity to talk to the men and women that are operating, and see what they want to do. That influences their decision to shape their career field in the future.”

With less than two months until graduation for many of the visiting cadets, the event provided them exposure and knowledge of Cannon Air Commandos.

“Exposing people to new passions, and showing them what aviation is like – you can’t really put a price on that.” Gogan said.

The U.S. Air Force Academy’s primary mission is to educate, train, and inspire men and women to become officers of character motivated to lead the Air Force and Space Force.