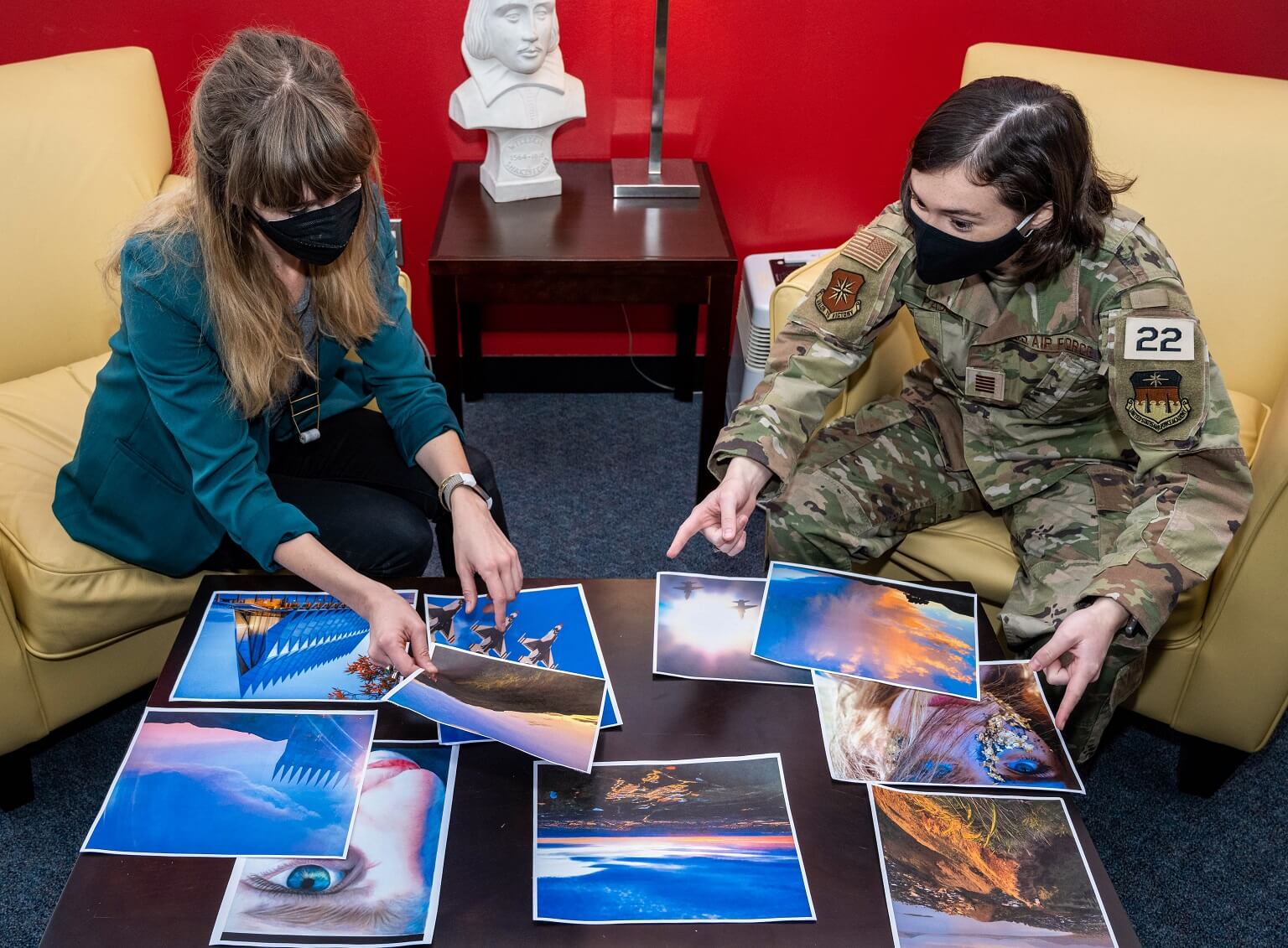 The global pandemic shifted life dramatically for all of us. As lock downs and wide-spread quarantines began in 2020, building blocks of our daily lives came abruptly to a halt. Children stayed home, away from the familiarity and routine of their classrooms, playgrounds, and after-school activities. Workers—or those of us whose jobs allowed us to—shifted to working from home, dismantling American work culture, relegating communication with bosses and co-workers to screens and e-mails.

The Cadet Wing here at the Air Force Academy, along with faculty and staff, dealt with its own specific set of circumstances at the onset of the pandemic. The Academy, an institution whose training and effectiveness depends largely on the cohesion of the Cadet Wing, was forced to respond to skyrocketing COVID-19 infection rates by sending their students home in the midst of an important training exercise. Many cadets and faculty members, isolated from each other and the daily rigors of Academy life, now found themselves with more time and energy for creative exploration.

This year’s Icarus, the Academy’s Journal of the Arts, is a wonderfully engaging and surprisingly intimate visual manifestation of the creative energies of cadets and faculty members during this challenging time. Since its inception in the 1960s, Icarus has primarily been a journal of critical work and academic essays. But in recent years, Icarus has shifted into an all-encompassing arts journal, showcasing visual art in multiple mediums as well as poems and essays.

As a science, technology, engineering and math (STEM) focused institution, the Air Force Academy is a top-tier engineering school, attracting upwards of eleven thousand high school applicants each year. While all cadets take courses in basic engineering, math, and sciences, there has been a bit of a historical divide amongst humanities majors, affectionately known as “fuzzies,” and STEM majors, known as “techies.” According to Icarus’ managing editor, Cadet First Class Amy Padilla, it’s ironic that a majority of the submissions she received this year have been from STEM majors and faculty.

Dr. Sarah Nance, English and Fine Arts faculty member and Icarus faculty advisor, isn’t surprised by such a revelation. She believes that humans performing and excelling at high levels in their field, be it engineers, scientists, writers, artists or craftsmen, are doing inherently creative work. “They’re thinking about problems from a creative standpoint, they’re problem solving, they’re thinking critically. There isn’t this divide that we often think of in these fields; they’re incredibly interrelated. How can we hone that skill?”

Cadet Padilla’s role as the managing editor gives her the privilege of determining which of the hundreds submissions make the final cut. The call for art tends to spread organically, many times through word-of-mouth, old-fashioned flyers, as well as printed works of art randomly spread throughout the hallways. Her team’s hard work has paid off, as this year’s journal showcases an incredibly diverse set of voices and mediums from both faculty and cadets. A particularly poignant section in this year’s journal, entitled ‘Amplify,’ projects voices and stories of color. As her team begins preparations for the next iteration of Icarus, Cadet Padilla thinks that 2022’s edition will reflect more hope and joy as a testament to the cadet wing’s resilience this past year.

The Icarus staff envisions the arts journal as a stepping stone to elevating the arts’ culture here at the Academy, raising thoughtful discussions and showcasing creativity. As society transitions to a post-pandemic world, they hope that the arts initiatives here which built community and gained so much traction  during the pandemic—like art cafés, film screenings and poetry slams—solidify a space for the arts in the United States Air Force Academy community.

To view more cadet and faculty work in the 2021 Icarus: Academy Journal of the Arts, click here .