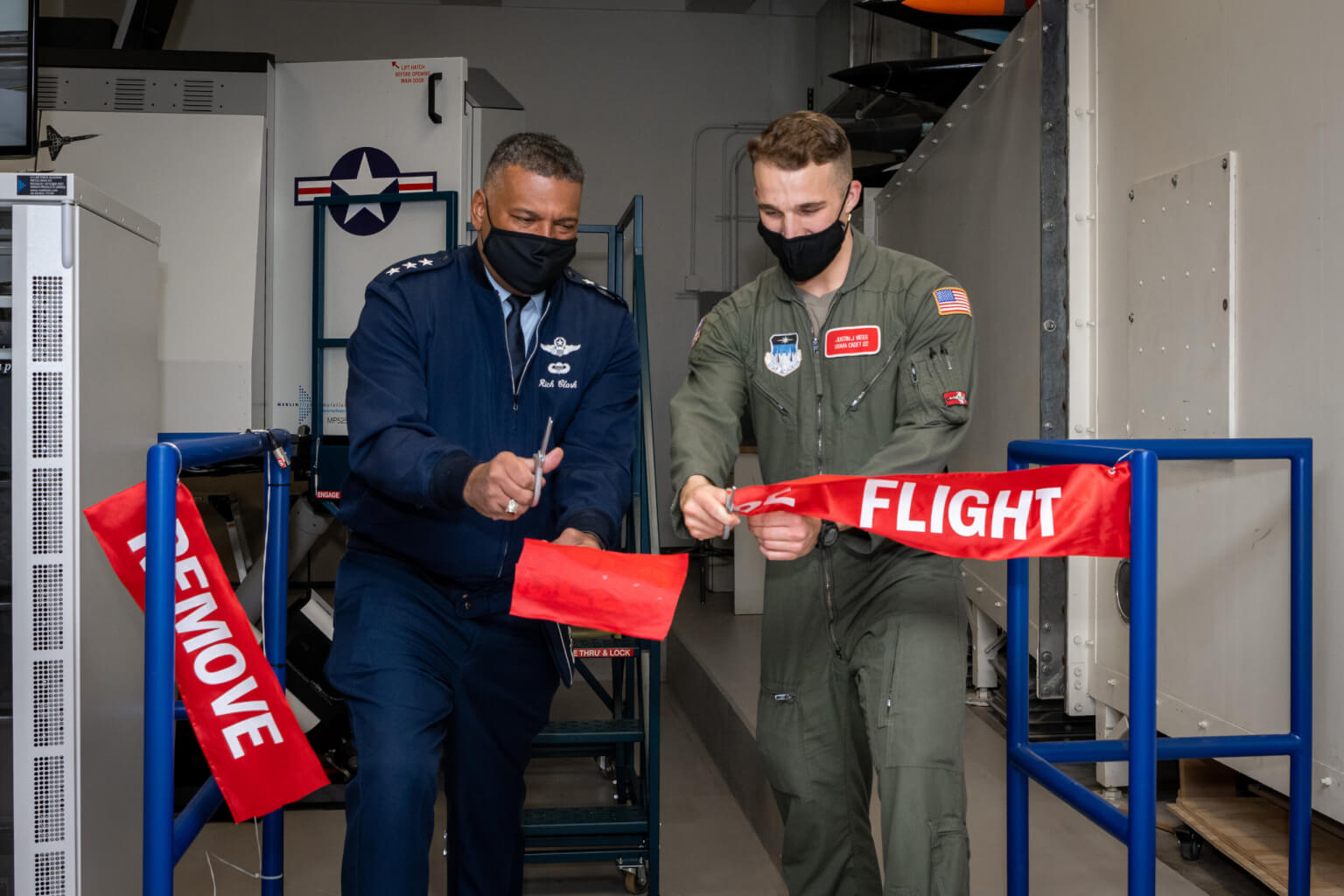 Story by Ray Bowden, all photos by Justin Pacheco

The simulators replicate sorties in a variety of aircraft. Lt. Gen. Richard Clark, the Academy’s superintendent, toured the lab, sat behind the controls of an enclosed simulator to fly a T-41 trainer aircraft sortie and, guided by cadets, set off the first shock wave in the combustion tube.

Shock waves are generated by pressurized gas inside the metal tube creating a chemical combustion.

“To build more efficient and faster engines, researchers need fuel that ignites and burns in short amounts of time,” said aeronautics major Cadet 1st Class Andrew Clapp. “Creating the conditions to burn these ethylene and methane in a lab is difficult, which is why we need the combustion shock tube. The shock inside the tube almost instantly heats the fuels and ignites them to help us study how well they perform in jet engines.”

Jet engines power aircraft by igniting a mix of fuel and air to create a controlled explosion inside the engine.

“One challenge with this is that when air moves quickly through the engine, it’s difficult to burn the fuel, just like lighting a candle in front of a fan,” the cadet said.

Clapp said the ramifications of the project extend beyond academics.

“We can see the real-world impact of our research and work closely with sponsors on our results,” he said. “Even as undergraduates, the data we collect from the combustion shock tube contributes to research on engines for aircraft designed to fly many times faster than the speed of sound.”

A contract for the simulators between the Academy and the manufacturer was agreed to in 2019. 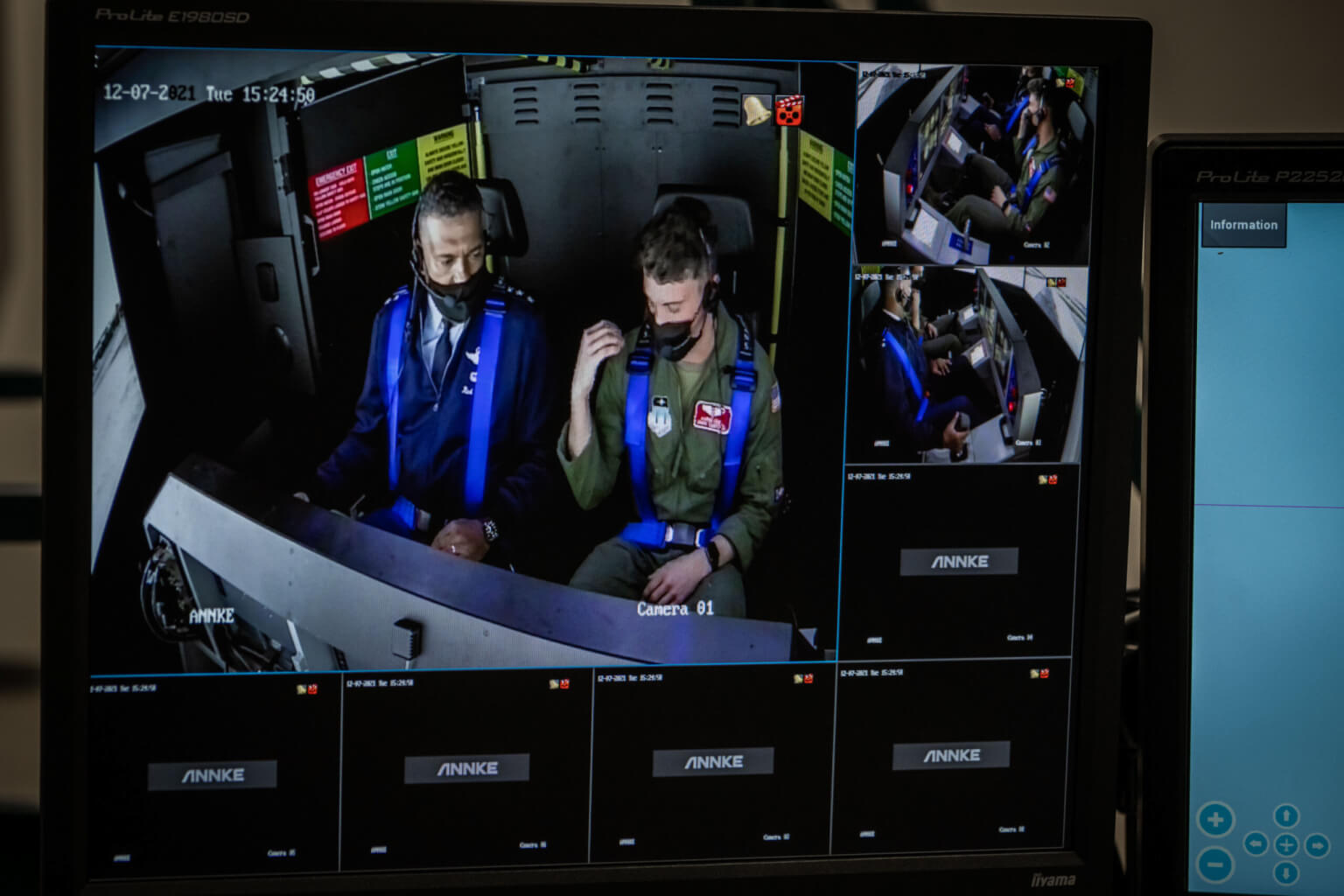