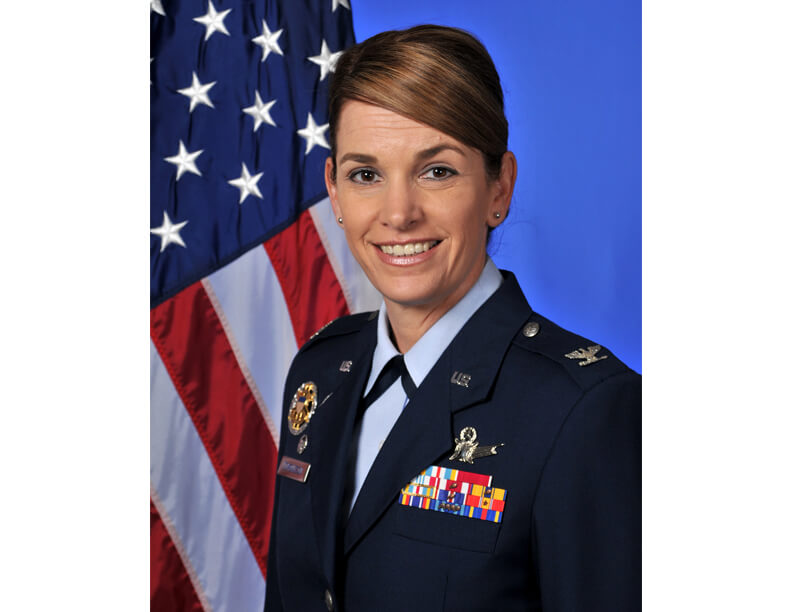 Brig. Gen. Michele Edmondson is shown here as a colonel. The general has been selected to be the new commandant of cadets at the U.S. Air Force Academy next year. (U.S. Air Force photo)

Edmondson is expected to arrive at the Academy next summer and, following a change of command ceremony, will take command of the Cadet Wing from Brig. Gen. Kristin Goodwin.

“This is terrific news,” said Academy Superintendent Lt. Gen. Jay Silveria. “We wish General Edmondson and her family the best as she prepares to take charge of our number one resource: our cadets.”

As commandant, Edmondson will command the 4,000-member Cadet Wing and more than 200 Air Force and civilian personnel. Her responsibilities will include character and leadership development, military training, supervising cadet life activities, and providing facility and logistical support to all cadets.

Edmondson has a background in space operations and acquisitions, and will come to the Academy from the White House, where she directs the Space Policy, National Security Council. Before this, she commanded the 81st Training Wing at Keesler Air Force Base, Mississippi, where she led and provided technical training for 12,000 Airmen and civilians, Reservists and other Defense Department agencies, to create combat capabilities.

She holds masters’ degrees in strategic studies, national security affairs and organizational management, and a bachelor’s in aerospace engineering.

Edmondson was promoted to brigadier general in August.

Goodwin is scheduled to be the director of Current Operations for the Air Force deputy chief of staff at the Pentagon after leaving Academy.