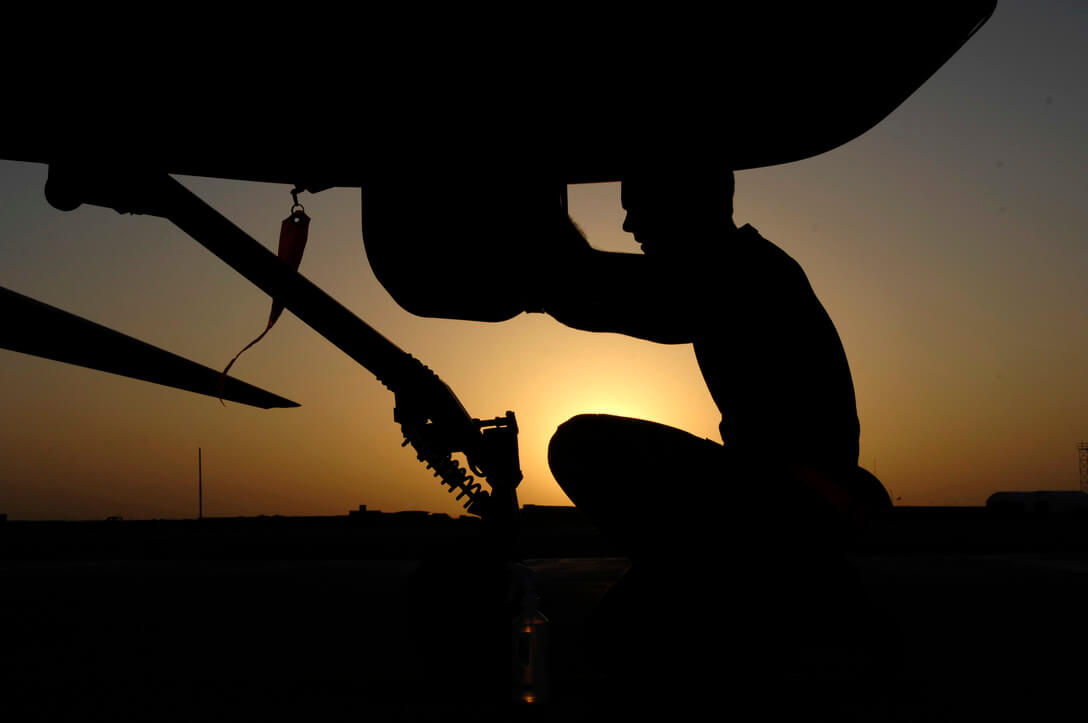 “As far as we know, this is the first large stealth target drone,” said Thomas McLaughlin, the Academy’s Aeronautic Research Center director.

McLaughlin said the project is the DoD’s first aircraft development with significant contributions by cadets at a service academy.

“It has had cadet involvement in its evolution over several years,” McLaughlin said. “It’s quite rare that a student design has evolved to the point of potential inventory use.”

Dr. Steven Brandt and Cadet 1st Class Joshua Geerinck are among the Academy members who have worked to perfect the drone’s physical design for more than a decade. Brandt teaches aircraft design and is on the team of government and industry experts overseeing contractor work on the project.

“For the first five years, we just did design studies,” Brandt said. “Finally, in the fall of 2007, we said ”let’s build an aircraft.”

Cadets and faculty have worked on the drone’s design since 2008 as part of that government industry team. The current version is 40 feet long, with a 24-foot wingspan and 9-foot-high vertical tails.

“It’s the size of a T-38 trainer aircraft,” Brandt said, referring to the Northrop T-38 Talon, a two-seat, twin-jet supersonic jet trainer. “[The target drone] uses two T-38 Trainer engines. We explored multiple options to refine its shape and helped eliminate designs that were not as good.”

McLaughlin said the project is important because of its implications in the national defense arena.

“The government owns the intellectual property rights, which makes for substantially reduced production and sustainment costs down the road,” he said.

Geerinck is one of three cadets on the project this year. He’s been testing the flight stability of the target drone in the Academy’s wind tunnel.

“We’re trying to find a combination of flight-control inputs that will always cause the aircraft to enter a backflip that will cause it to crash,” he said. “The system is important because it allows us to prevent injury or damage to other people or persons on the ground in case there is a catastrophic failure or loss of control.”

McLaughlin said cadets will stay involved in the development of the prototype through its initial flight test and beyond, should it go into production.

“The entire project is the validation of the Academy’s emphasis on putting real-world problems before cadets and expecting them to make real contributions to Air Force engineering,” he said. “In the Aeronautics Department, all cadets perform research and aircraft design—it’s not just for top students.”

Cadets don’t just learn about engineering at the Academy, “they perform it,” McLaughlin said.

“They put their heart and soul into their efforts, knowing that an external customer cares about the outcome of their work,” he said. “Our research program relies on a high level of mentorship that is as much about role modeling as it is about learning facts.”

Brandt said the government-industry team plans to demonstrate the target drone in September at the Army’s Dugway Proving Ground near Salt Lake City. Depending on the results of that demo, the Defense Department could purchase the design or select it for prototyping.