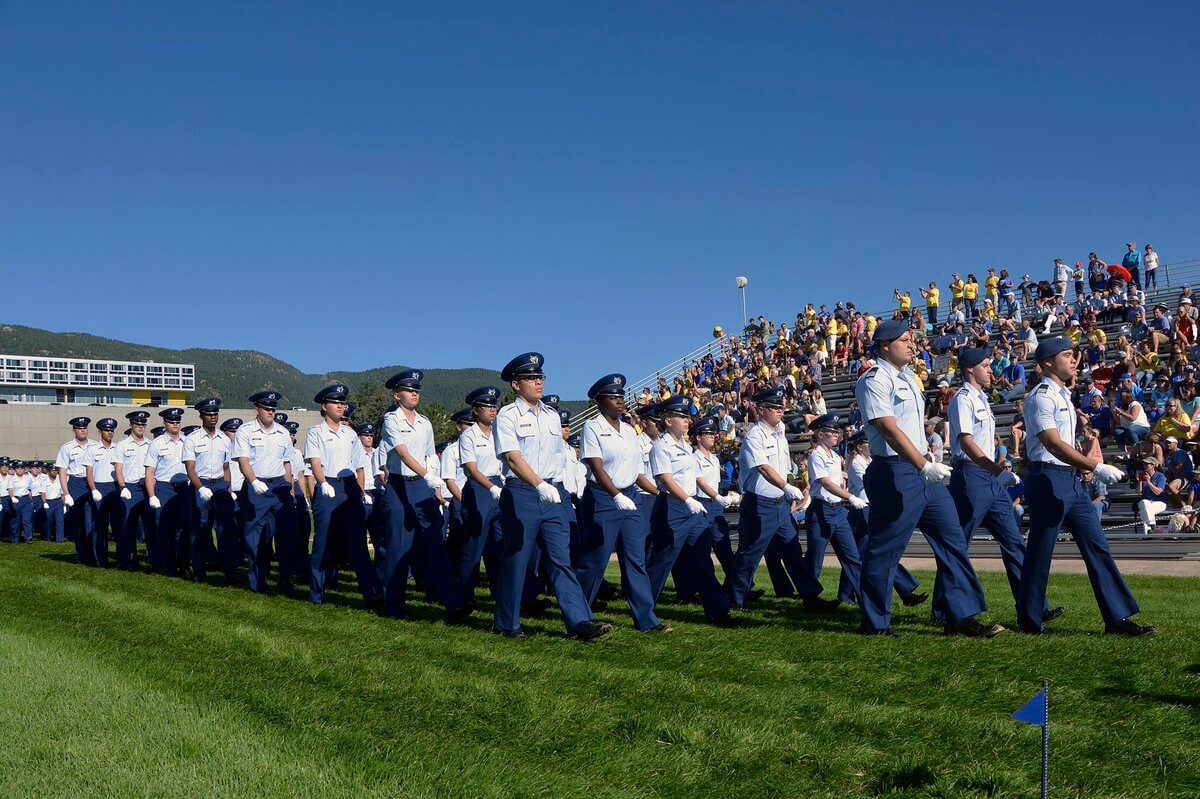 U.S. AIR FORCE ACADEMY, Colo. — Scores of young men and women at the Air Force Academy will celebrate the completion of basic cadet training August 7 during the Acceptance Parade.

The 9 a.m. event at Stillman Parade Field marks the Class of 2022’s “acceptance” into the Academy’s Cadet Wing as they transition from basic cadets to cadets fourth class.

Visitors should enter the Academy through the North Gate at Exit 156 off I-25 and arrive early to see the demonstrations before the parade. The North Gate opens to guests at 6 a.m. Drivers will be directed to a parking lot near Stillman Field.

Visitors may not bring in liquids, except medicine or baby formula. Empty containers are allowed and water will be available at the event.