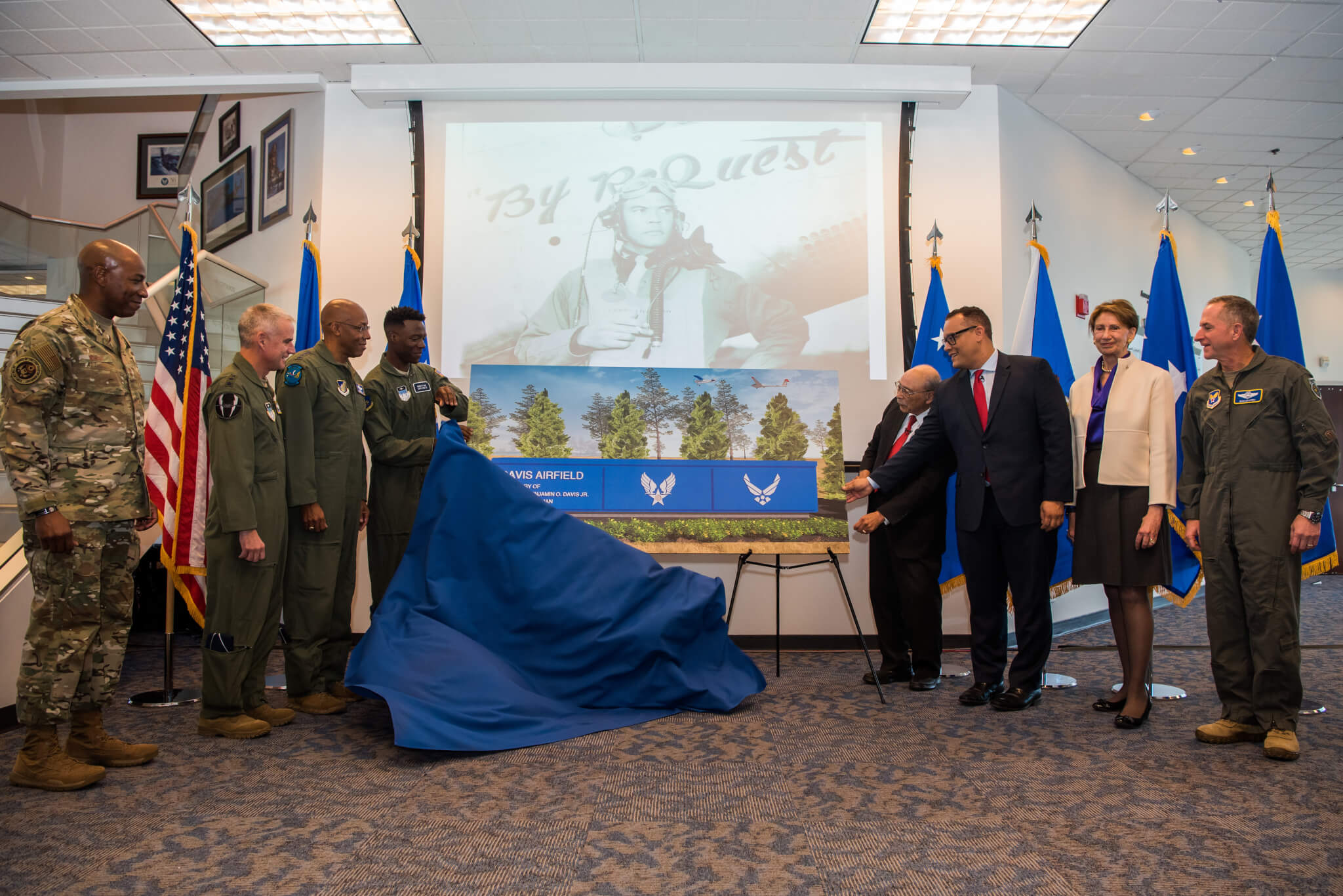 His journey, marked by excellence and overcoming institutionalized racial barriers, was celebrated at the Air Force Academy, Nov. 1, during a ceremony to name its airfield in his honor.

A mock up of the new airfield sign was unveiled in front of an audience that included Davis’ extended family, documented original Tuskegee Airmen, and high-ranking military members, civil servants and cadets.

“His story and legacy of indomitable spirit will forever be enshrined on this airfield and is going to serve as an inspiration for generations of cadets,” said Chief of Staff of the Air Force Gen. David L. Goldfein.

Davis is most widely known for commanding the 332nd Fighter Group and the Tuskegee Airmen in WWII, who earned a reputation for their skill while protecting American bombers. Prior to the war, Davis, and his father, were the only African American line officers in the Army. Neither were allowed to command or lead white service members.

His service, and the service of the Tuskegee Airmen, are linked to President Harry Truman’s decision to desegregate the Armed Forces.

Davis’ nephew, L. Scott Melville, said his famous uncle realized early in his career that protesting the system wouldn’t get him far, so he took a rather radical approach to the era’s rampant discrimination.

“His strategy would be to lead by example and eventually the others would follow,” Melville said. “It was a strategy that required a lot of determination and patience [but it worked].”

Melville said Davis adopted the strategy while still a cadet at the U.S. Military Academy at West Point where he finished in the top 15 percent of his class despite being ostracized by other cadets. He carried it with him throughout his 30 year career. Davis is linked to helping women gain access to the Air Force Academy.

“I would not be standing here today if not for Gen. Benjamin O. Davis, Jr., and the Tuskegee Airmen,” Brown said.

[Editor’s note: Melville is the first African American to be a senior judge of the Fairfield District Superior Court of Connecticut]