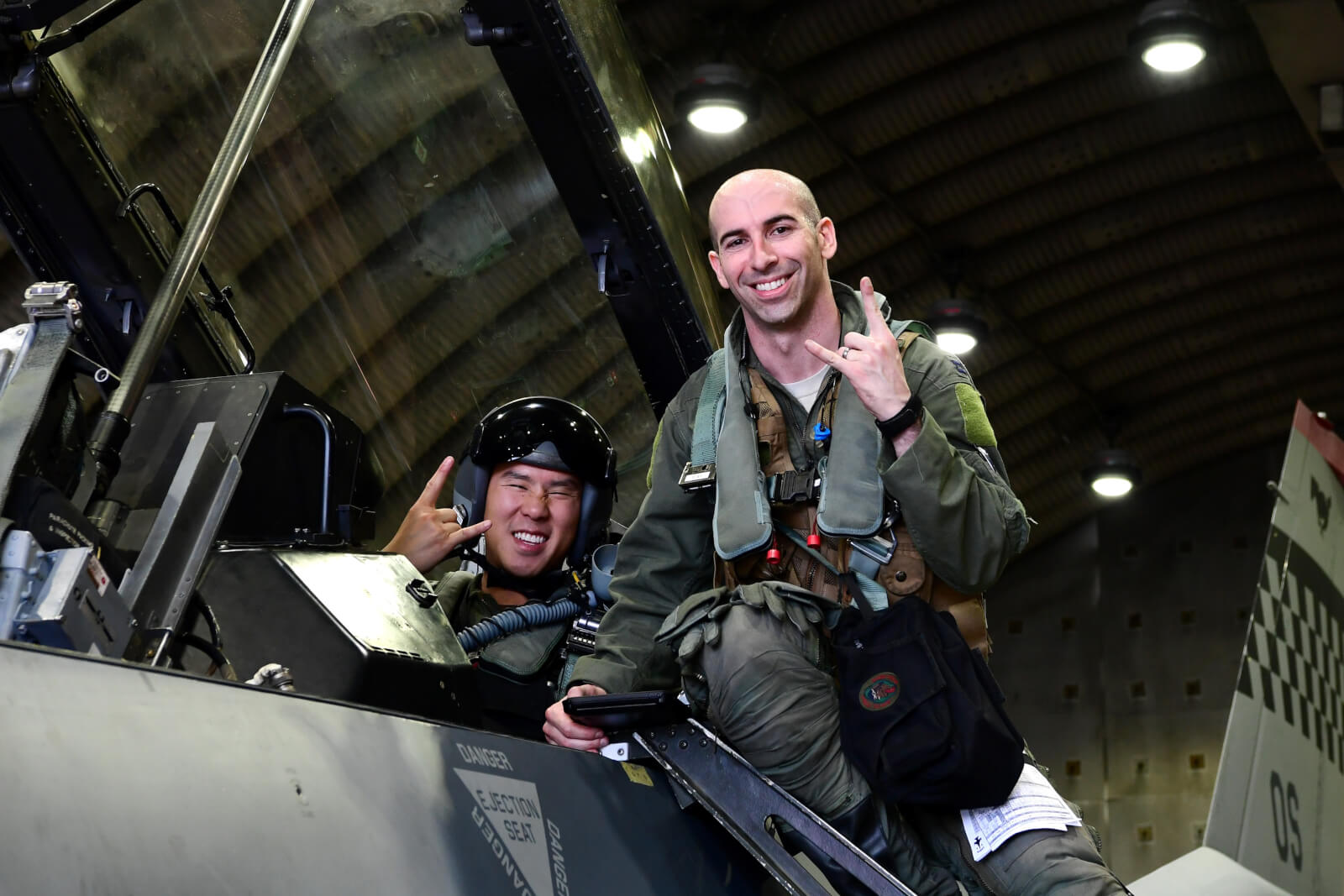 OSAN AIR BASE, Republic of Korea — [Editor’s note: this report is based on a news story written by Senior Airman Noah Sudolcan]

Two Air Force Academy graduates stationed at Osan Air Base were not about to let a motorcycle accident get in the way of their friendship.

“Chris led the entire medical team from start to finish and made sure I knew exactly what I could expect from the procedure,” Bloom said. “After sharing my story with family and friends in the medical field, I am certain he and the rest of the 51st MDG helped me return to flying well ahead of the expected timeline.”

Bloom said he was in a “Bad spot” after the crash.

“I was sure my flying career would be on hold for months, if not forever,” he said.

“The whole reason I entered the medical field was to be able to help people,” Ng said. “Being in a position to aid Louis when he sustained his injury gave me renewed purpose.”

The officers, both graduates of Randolph High School, Massachusetts, reconnected at Osan. Before Bloom’s crash, he’d been working to get Ng a familiarization flight aboard his F-16. That flight finally occurred after Bloom’s recovery.

“I felt [the flight] was an unbeatable way to say thanks for encouraging me to pursue a journey in the Air Force and also for patching me up after my accident,” Bloom said. “Lifelong bonds like this are a huge part of what makes serving in the Air Force so special.”