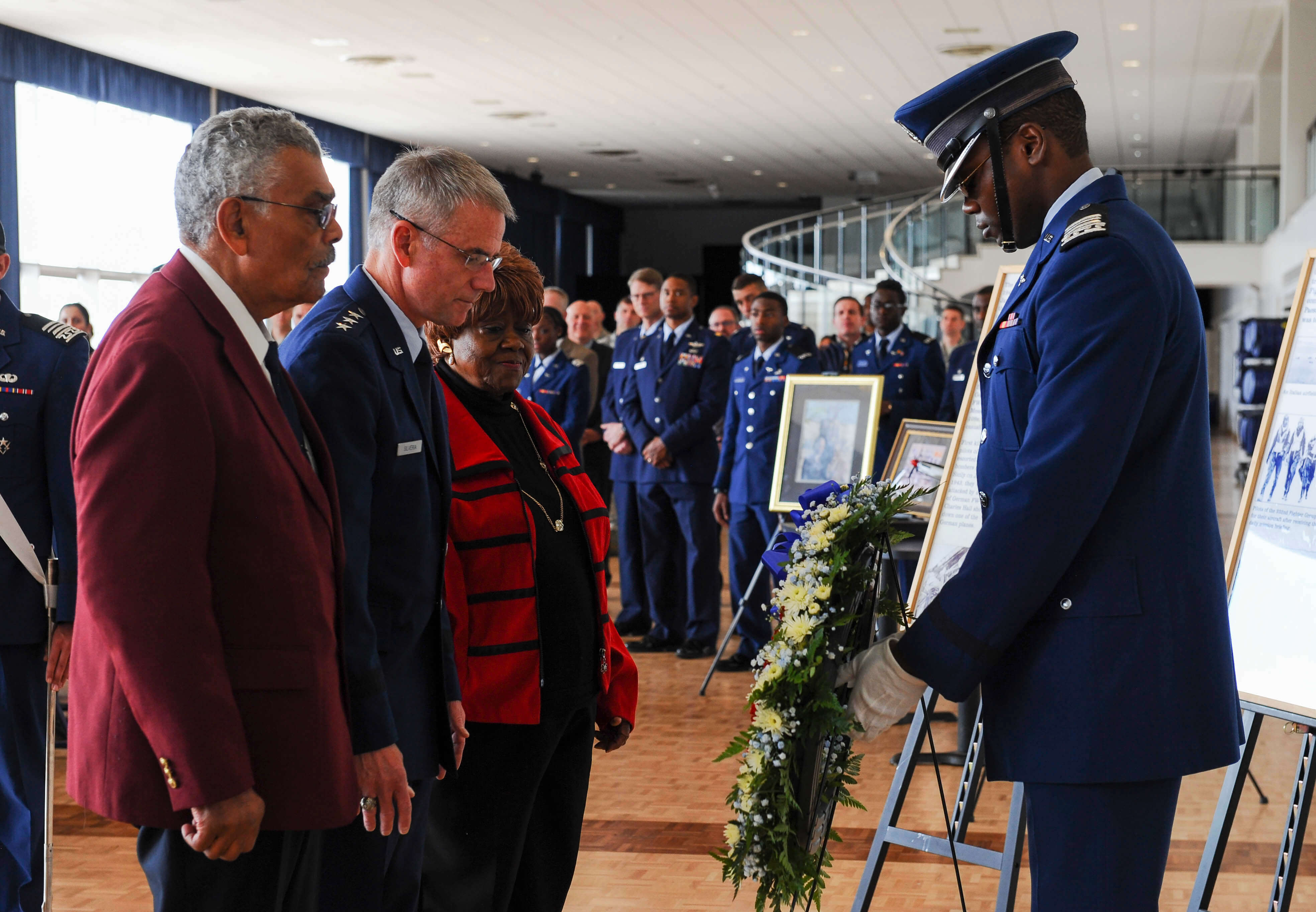 They’re the Tuskegee Airmen — the focus of an annual celebration May 2 at the Air Force Academy.

“The Tuskegee Airmen are part of American history,” said retired Col. Mark Dickerson, president of the Hubert L. “Hooks” Jones Chapter of Tuskegee Airmen, Inc., based in Denver. “Their history is a history for people of all races, ethnicity and backgrounds. The message of the Tuskegee Airmen is “Don’t let other people define you.”

Dickerson hopes all Airmen study the history of these aviators.

“They challenged the notions of diversity and displayed its value to the strength of our Air Force,” he said.

At the event, Cadet 2nd Class Brianna Murray shared her original poem “Red” with the audience, detailing how the Tuskegee Airmen inspired her as a young woman.

“They made such an impact in the world with their sense of duty and valor,” she said. “They paved the way for people like me.”

— Capt. Benjamin O. Davis Jr. commanded the 99th Fighter Squadron at Tuskegee. He was the first African-American to be promoted to general in the Army.

— Tuskegee Airmen often flew as many as 100 missions overseas. The standard was 52 missions, so African-American pilots flew more as there were not enough replacements.

— Thirty-three Tuskegee Airmen were POWs and 66 died in combat.