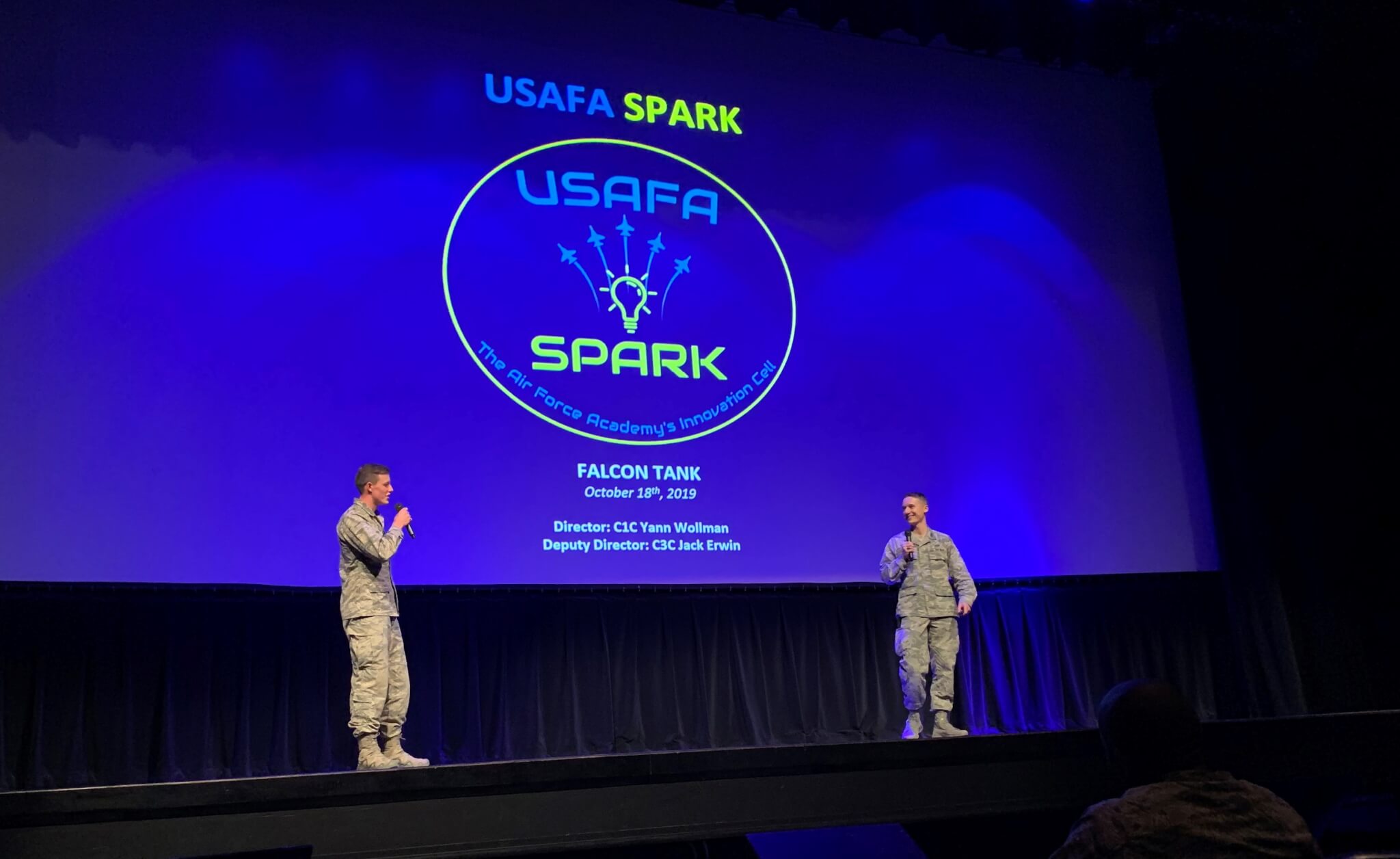 U.S. AIR FORCE ACADEMY, Colo. – Bailey Hopkins wants to be an Air Force pilot, but like seven-to-ten percent of other men, he has red-green color blindness – an instant disqualifier.

Hopkins, a junior cadet at the Air Force Academy, took to the stage Oct. 18 during Falcon Tank, an innovation-themed competition, to present an idea on modifying commercially available technology to correct color blindness in Air Force-issued pilot visors.

“It’s easy to just think about Academy cadets who are color blind and can’t fly, many of which are very high-achieving individuals who could make great pilots,” he said. “But there’s also a large group of students who may never even consider the Academy because they know that due to their color vision limitations, they will never be able to fly.”

His idea earned him first place in the competition and the opportunity to work with USAFA Spark, which hosted the event, and other Academy leaders for further development and funding.

Spark cells are part of an AFWERX-led initiative to create an innovation network at Air Force bases around the world to foster local improvement ideas. The Academy stood up their first cell in 2019, joining more than 40 other cells.

The cell is run and operated by cadets, although Wollman said he would like to expand the program to include enlisted Airmen and officers. Each cadet squadron has a representative in the cell where Wollman said the focus is split between innovation education and application sessions with problem/solution workshopping.

“We have to adopt a culture where we learn to fail quickly, and that it’s okay to fail so that we can push through to find solutions to complex problems,” he said.

The Academy also hosted an innovation panel for cadets and faculty with representatives from the Department of Defense and cutting-edge industry projects, Oct. 22.

“We need [future leaders] to understand what possibilities there are in emerging technical fields so that they are prepared to shape the future, rather than feel limited by it,” she said.