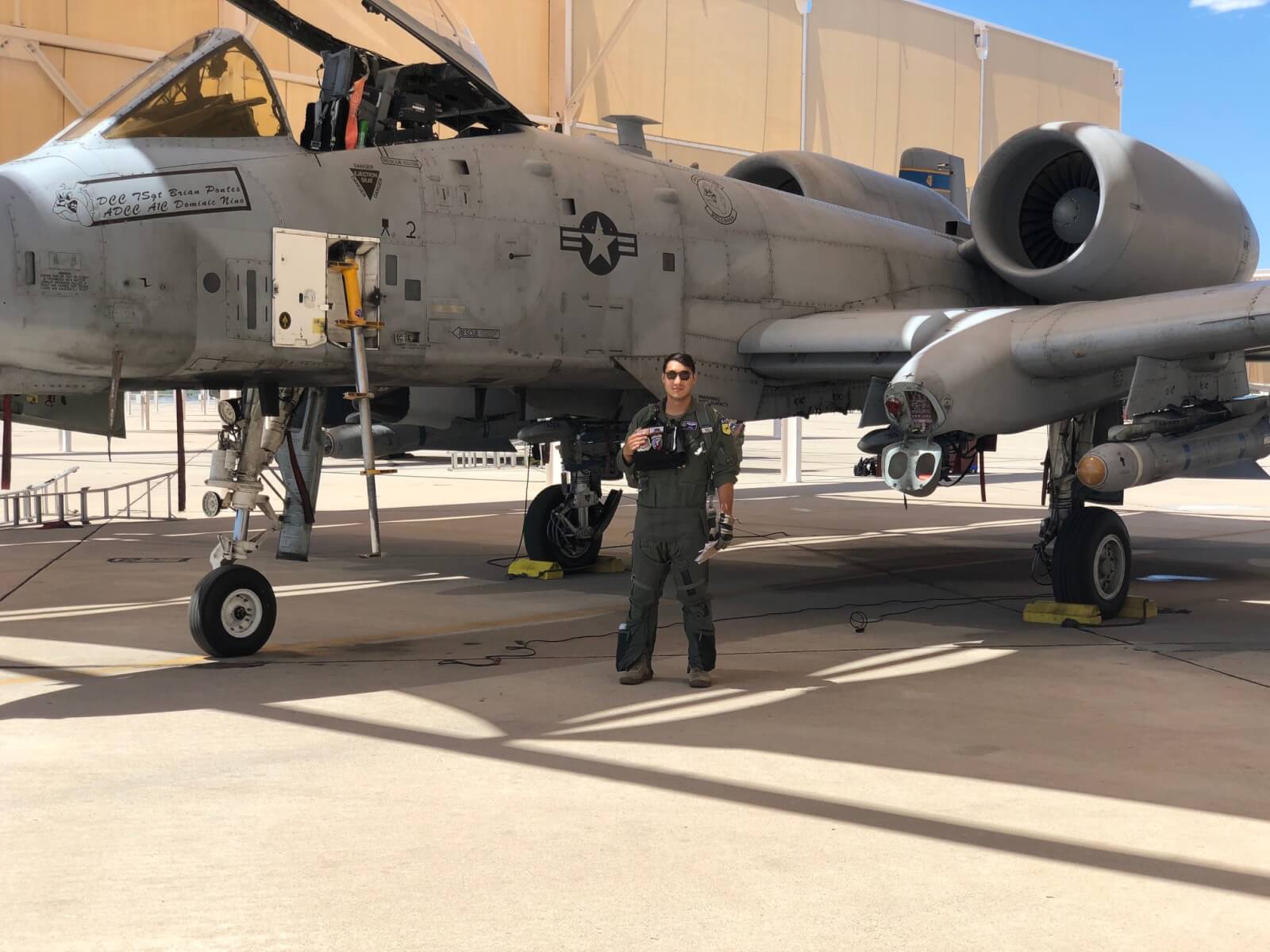 Boules, a 2015 Academy graduate, deployed to Afghanistan in 2019 and took part in a heated nighttime airstrike to rescue Afghan special operators trapped by the Taliban.

Boules flew into a battle zone peppered with flashes from rocket-propelled grenades fired by the Taliban.

“When I tuned-in the Afghan team’s radio frequency, I heard frantic yelling,” he said.

The summertime battle lasted more than five hours and along with Boules, involved another U.S. A-10C and two F-16 fighter jets.

According to Boule’s Jabara Award citation, signed by Academy Superintendent Lt. Gen. Jay Silveria, the “overwhelming firepower provided by A-10s and F-16s under the tactical lead of Captain Boules forced the enemy to retreat.”

Boules and the other pilots used bombs, missiles and rockets to eradicate and disperse the Taliban force and give the Afghan forces room to escape.

The Academy, its Association of Graduates and the Jabara family, established the award in in 1967. Jabara was the second leading Air Force ace of the Korean War, with 15 kills. Since then, the award has gone to Academy graduates whose contributions set them apart from their contemporaries, according to award documents.

Boules said he’s honored to receive the award and that he learned the value of teamwork at the Academy.

“Whether fellow graduates are flying as your wingmen in combat or are combat controllers controlling air-to-ground forces, the concept of looking out for the team pays dividends,” he said.

Boules said he was born to fly.

“After [graduating from] the Academy, I was ecstatic to get the opportunity to fly, which has become a reward enough in-and-of itself,” he said. “The first time I raised the landing gear? That was the happiest moment of my life.”

The A-10, nicknamed the “Warthog,” is designed to eliminate enemy ground troops and attack armored vehicles, including tanks. The aircraft is fitted with one of the most powerful aircraft cannons ever flown, which fires 30-millimeter armor-piercing shells.