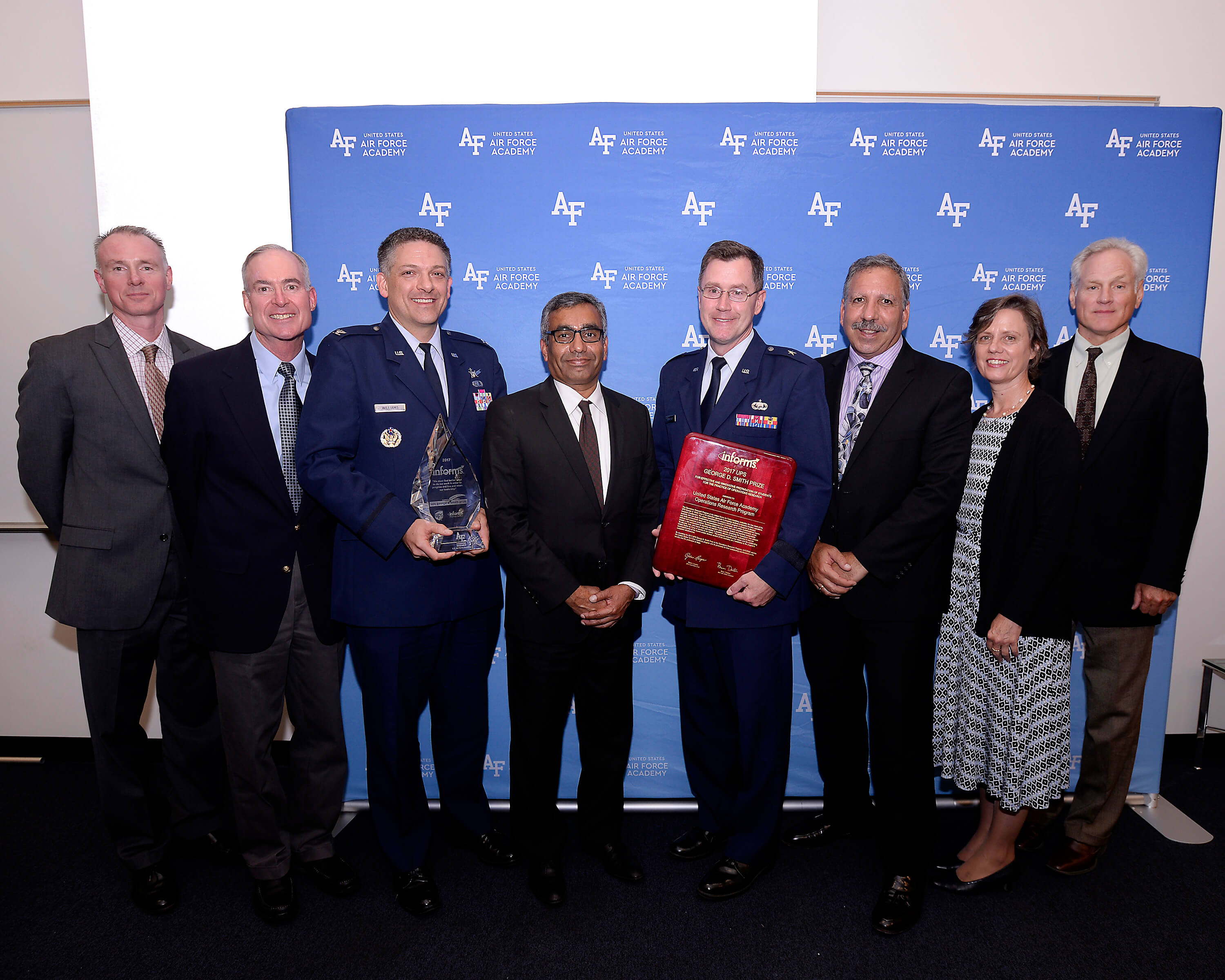 Brig. Gen. Andrew Armacost, the Academy’s dean of the faculty, accepted the prize from UPS and INFORMS officials at the Academy.

“It’s an amazing honor to be in the company of such distinguished universities,” he said regarding other academic institutions that have won the award, including MIT and Carnegie Mellon University.

Armacost said the prize is the result of the educational advances from the faculty comprising the Academy’s Operations Research program and its four majors: economics, math, management, and computer science. One accomplishment that garnered the Academy the award is its unique educational approach of rotating military faculty between analyst assignments and as instructors and professors, according to the prize criteria.

INFORMS selected the Academy for the award after faculty and cadets presented their  Operations Research program at this year’s INFORMS conference on Business Analytics and Operations Research in Las Vegas, Nevada. The winner was announced in April at the Edelman Gala, the institute’s award ceremony.

According to INFORMS Prize documents, the Academy was praised for “its distinctive approach to educating students, preparing its graduates to become frontline operations research practitioners as analysts in the Air Force.”

Jim Collins, UPS vice president of industrial engineering, was among INFORMS officials presenting the Academy with the prize.

“We need Operations Research practitioners to solve problems,” he said.

INFORMS will give a $10,000 check to the Academy later this year, Collins said.