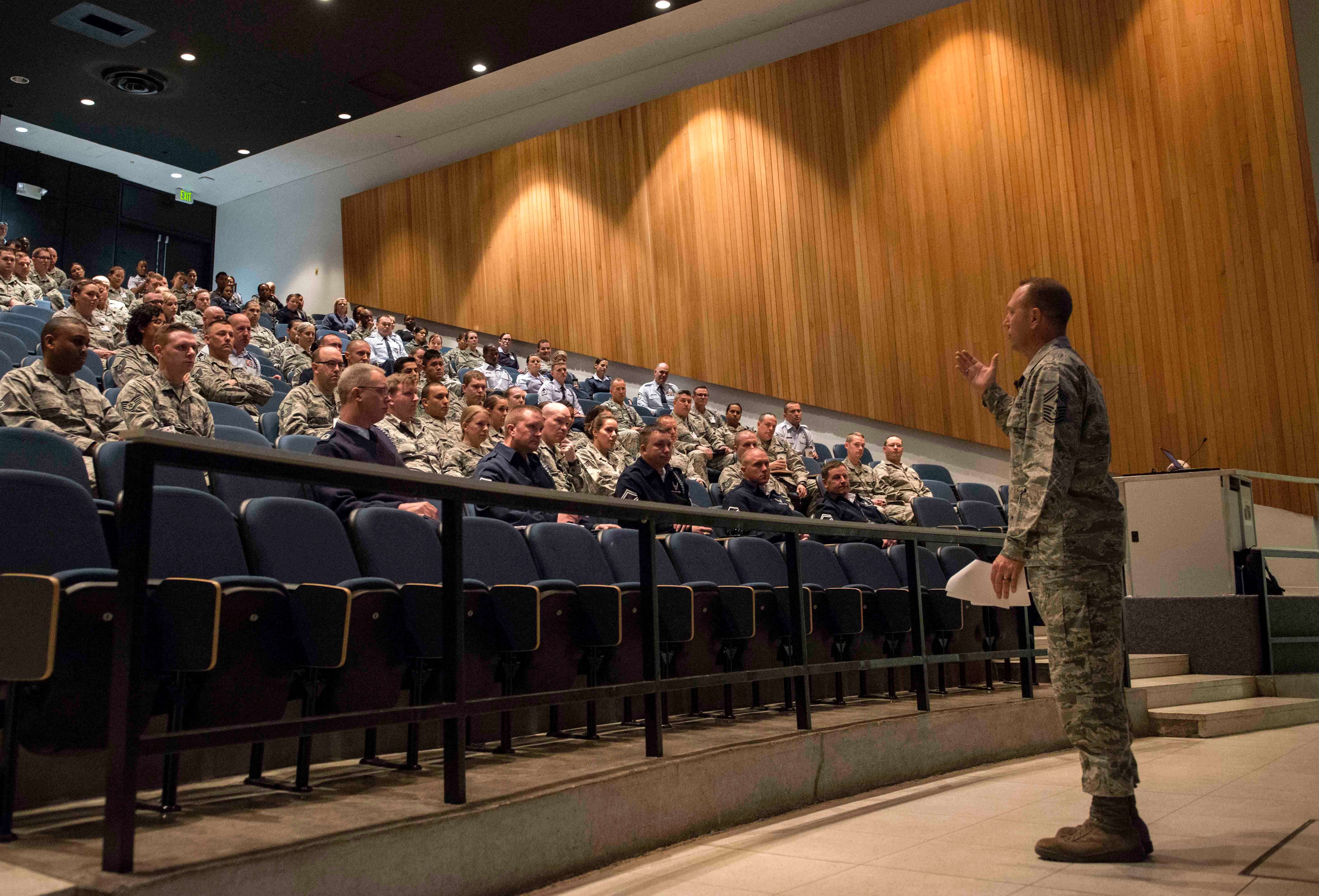 U.S. AIR FORCE ACADEMY, Colo. — The top NCO at the Air Force Academy said he’s on a mission today to promote the skills of enlisted Airmen.

“It’s important the Air Force’s enlisted Airmen know what kind of officers and leaders Academy NCOs develop here every day,” he said. “I’ve taken it as a personal mission to educate them about the Academy.”

Boyer said the chiefs appreciated what they heard.

“They were blown away by the scope of our operations and by what our enlisted Airmen do every day,” he said.

Cadets must grasp the importance of teamwork between our commissioned officer corps and enlisted corps if they hope to have successful careers, Boyer said.

“The earlier we impress upon our cadets that accomplishing the Air Force and Academy mission relies on the partnership between commissioned officers and NCOs, we’ll be that much more successful and lethal as a military force,” he said.

“Our enlisted Airmen are factory workers on the production floor building lieutenants for our Air Force,” he said.

Boyer made these remarks during his second all call for enlisted Airmen Nov. 14.

“Before getting here, as an enlisted Airman, my only real thought of the Academy was the image of cadets tossing their caps in the air while the Thunderbirds flew overhead during graduation,” he said. “That’s a shame because this is our Air Force’s Academy. It belongs to enlisted Airmen too.”

Since arriving in January, Boyer said he’s developed a deeper appreciation for advocating for enlisted Airmen.

“My job is to provide you and our senior leaders with the enlisted perspective,” he told the audience. “Developing leaders and ensuring they understand who they will be leading is your job too.”

Boyer also encouraged younger Airmen in the audience to apply for the Leaders Encouraging Airman Development Program, designed to offer qualified enlisted candidates the chance to become a cadet.

According to the LEAD Program’s website, commanders can identify Airmen with officer potential for the commissioning program.

The command chief is also exploring an initiative to allow senior NCOs with master’s degrees to join the Academy faculty.

“This is no surprise to you, but our Airmen entering the Air Force today are incredibly more educated than just 20 years ago,” he said.

“My hope is that all enlisted supervisors understand that it’s their job to recognize their high performers,” he said.

“It’s a terrific program,” he said. “As an AMT, I’ve had numerous prior-enlisted cadets who have graduated and gone on to do great things for the Air Force.”

Boyer said wearing the Air Force’s enlisted uniform is a privilege not to be taken lightly.

“We have to teach our future officers here that the Airmen they will leading are smart, capable, and ready to get the mission done,” he said. “That’s my mission as your command chief. It should be your mission too.”