The power of a good teacher: Cadet asks influential teacher to commission him into U.S. Space Force 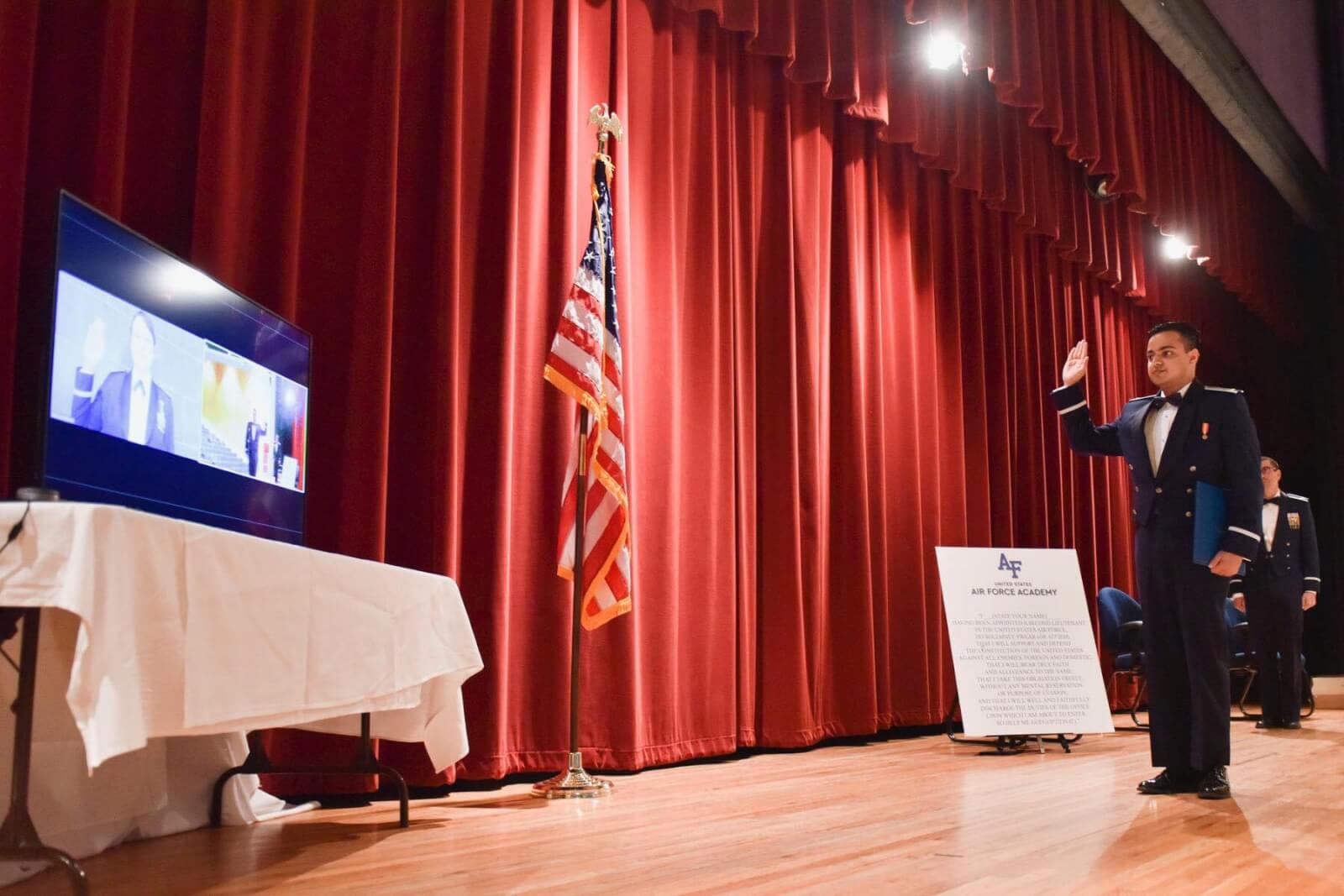 C1C Kishan Patel is commissioned in a virtual ceremony by Lt. Col. Karin McWhorter, his former high school teacher, and a member of the Academy’s faculty. (Courtesy Photo)

U.S. AIR FORCE ACADEMY, Colo. — Kishan Patel is set to commission into the U.S. Space Force as a cyber officer.

Six years ago, he knew nothing about the military. It was his high school math teacher who opened his eyes.

Lt. Col. Karin McWhorter taught at the Mississippi School for Math and Science while her husband was assigned to Columbus Air Force Base. McWhorter was also a Reserve Airmen, serving as the head Academy admissions liaison officer for the state. She graduated from the Academy in 1998.

Football is king in the South and McWhorter liked to represent her alma mater, especially for interservice games. Her enthusiasm about the Academy is what first caught Patel’s attention.

“I didn’t know about the Academy, which is pretty common in Mississippi, but watching the spirit videos that other cadets had made or seeing performances by the Wings of Blue – I guess I was enticed,” Patel said.

McWhorter helped Patel through the application process and later returned to the Academy to teach calculus. She reconnected with her former student the summer after his freshman year.

“He was so different. He knew nothing about the military in high school, so it was amazing to see how quickly he had embraced the Academy,” she said.

Patel has excelled at cyber science and was part of the Academy’s award-winning cyber team. He said the instructors here, including McWhorter, have been instrumental in his success.

“They’re absolutely incredible, and not just in the classroom, they care about how you are doing and are looking to help you develop into the best officer you can be,” he said.

The two have remained in contact and Patel called to ask McWhorter to commission him. It will be a virtual ceremony, but both said the significance will not be diminished.

“As career educator, I have always told my students that my legacy is them,” she said. “I’m not going to be a CEO or run for congress, but I believe the people I have taught will do those things. I get really excited about those possibilities and love that I get to have a part in their journey.”

Patel said he would tell anyone interested in the Academy to see beyond the benefits of a free education or job security. To him, it’s about being part of a team with a higher purpose.

“We are part of the most powerful fighting force in history, united by a common goal. Who wouldn’t want to be a part of that?” he said.