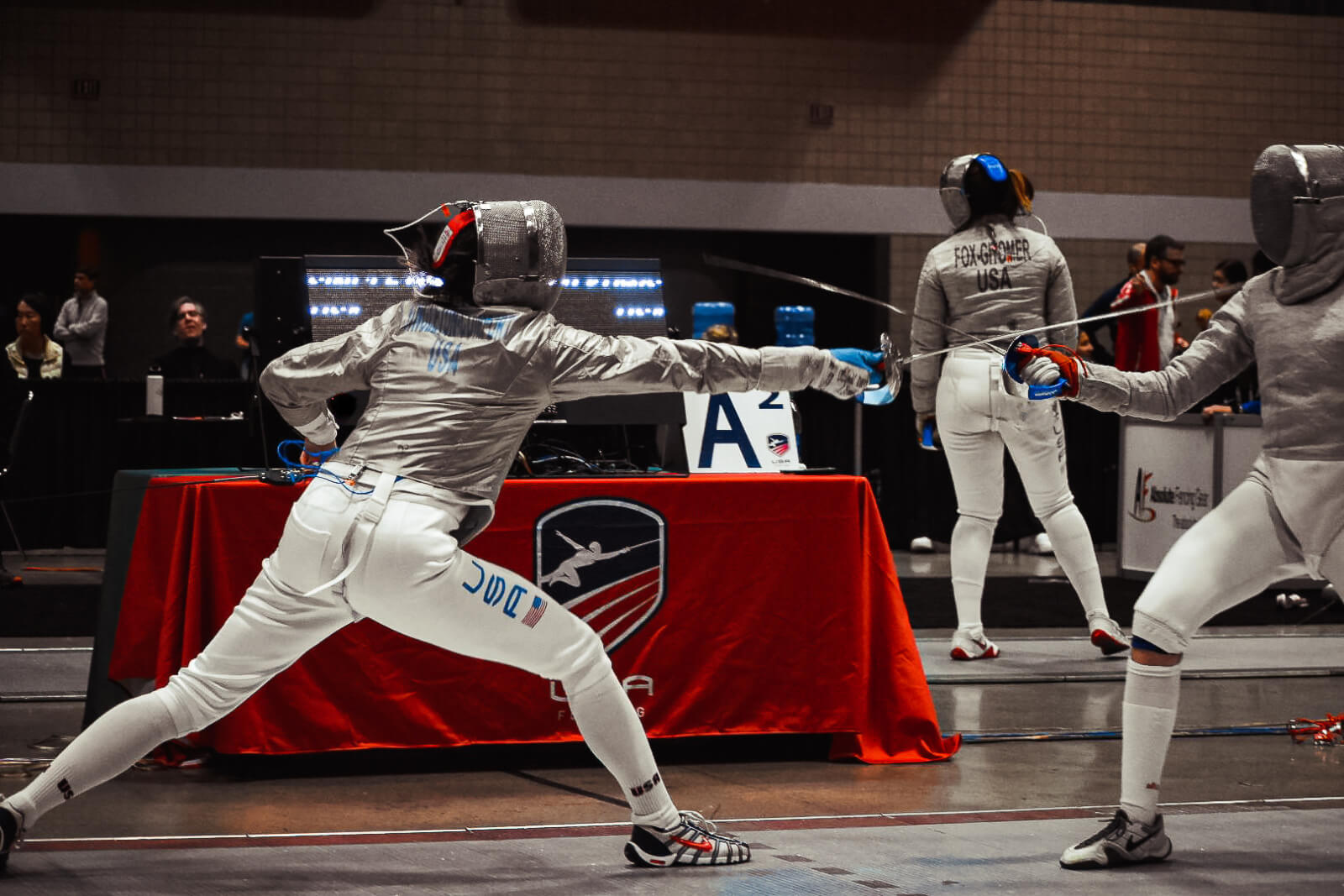 Editors Note: This feature was written earlier this year. NCAA and international fencing competitions were put on hold to help slow the spread of the COVID-19 pandemic.

Sabre is offense-driven. A typical scoring pass unfolds in a matter of seconds. Attacks are allowed above the waist, including the head, and it’s common for sabre fencers to use aggressive screams to intimidate their opponents.

It’s fair to say sabre fencing is not for the faint of heart.

“To win, you have to manage your stress,” said Cadet 1st Class Leanne Singleton-Comfort, Academy sabre squadron captain and Olympic hopeful. “Your desire to win has to be greater than your fear of losing.”

Singleton-Comfort has steadily risen in the sport since beginning her collegiate career at University of California San Diego and later transferring to the Academy team. She’s a two-time All-American in sabre and finished second at the North American Cup in December, losing in the gold medal bout to two-time Olympic champion Mariel Zagunis.

“It’s an honor for Leanne to be part of the team. She puts Air Force fencing on the map; everybody is stronger because she is here,” said Omar Elgeziry, head fencing coach.

Singleton-Comfort discovered fencing by accident while her sister was taking gymnastics at a neighborhood gym. She said the sport has seen her through difficult times and taught her discipline and perseverance.

“You really need to find your family in life, that sense of belonging, and for me that has been fencing,” she said.

Singleton-Comfort is set to serve as a space operator, but she will also apply to join the World Class Athlete Program. The WCAP allows elite athletes to train and compete to make the Olympics while serving on active duty.

“I’m very proud to see her taking all these small steps to achieve her goals,” Elgeziry said. “It shows her ambition and dedication [to the sport].”

Singleton-Comfort was ranked 10th nationally and looking to qualify for the 2020 Olympics when COVID-19 began to spread globally. Competitions were cancelled for the rest of the season and the Olympics were delayed.

Meanwhile, the Class of 2020 fast-tracked their educational requirements to meet a new graduation date. Singleton-Comfort has met that challenge head-on, leaning on the traits that made her successful in fencing to adjust to the accelerated pace of study.

“My passion for fencing has driven me to do my best in every bout life has presented to me,” she said. 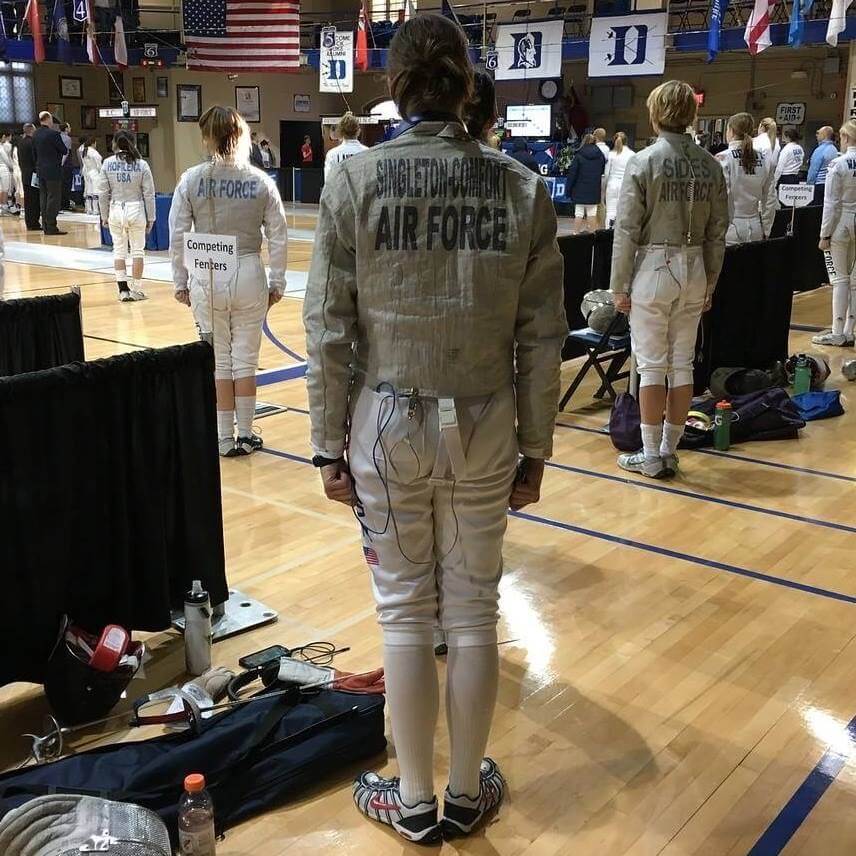