‘Just as much a hero’: Academy grad shares Vietnam experience with cadets 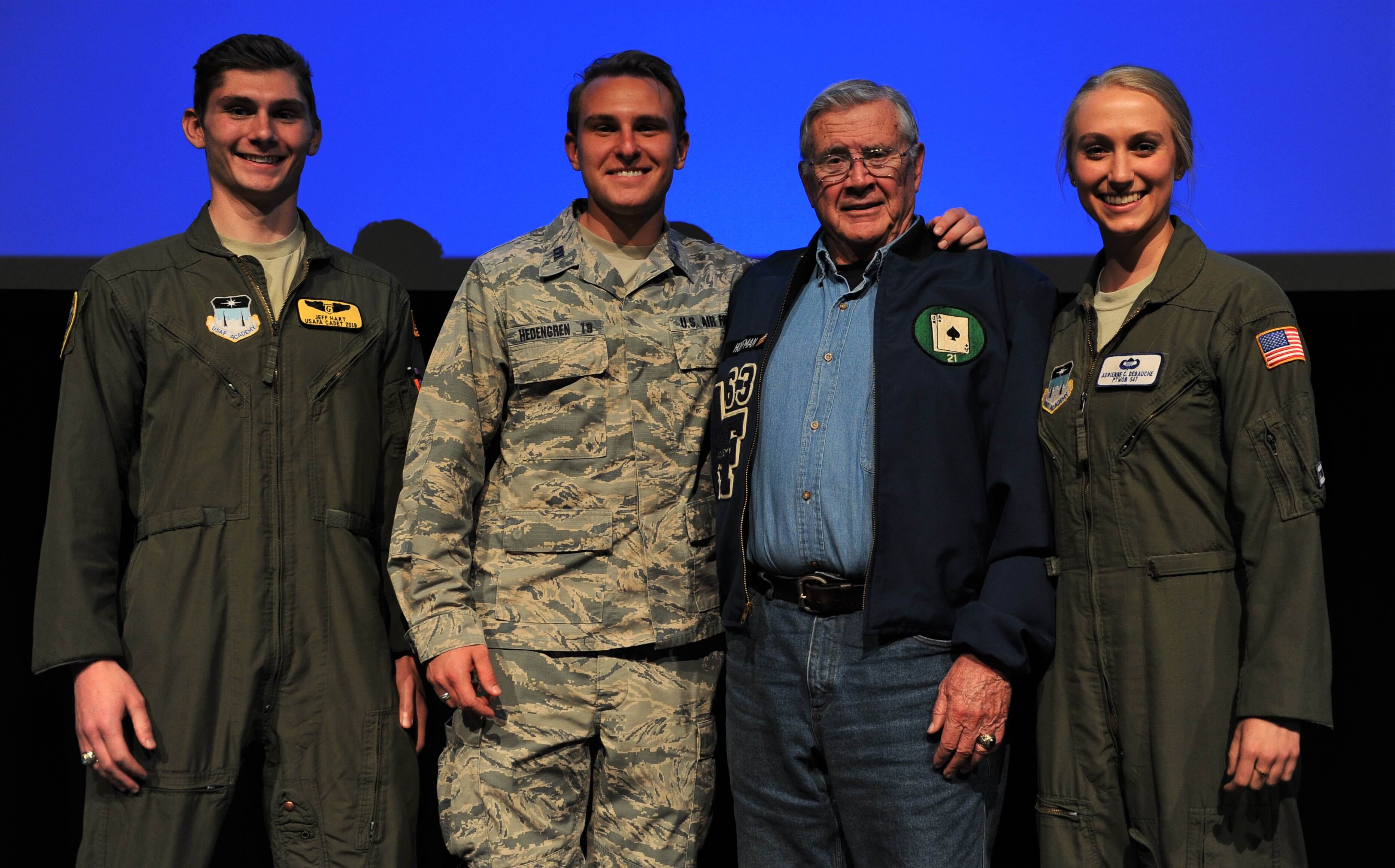 He knows he’s one of the lucky ones.

Hoffman graduated in 1963. He went to Vietnam immediately after flight school, where he flew in four combat tours in B-52 and A-37 aircraft.

“I have been waiting more than 40 years for someone to truly ask me about the Vietnam War,” Hoffman said from the stage of Arnold Hall while briefing cadets. He showed them a cramped photograph of 17 cadets taken in his Vandenberg Hall dorm room.

Five in the group became colonels (including Hoffman), six retired as lieutenant colonels, and another —  Lance Sijan — would posthumously receive the Medal of Honor for valor.

Of Vietnam, Hoffmann used the expression “no battle plan ever survives contact with the enemy,” to describe the strategic missteps the Air Force made during its air mission.

“During the Cold War, we operated under the mutually assured destruction model. The Air Force model was to fly from Europe to drop nuclear bombs on the Soviet Union, and when the aircraft ran out of gas, its pilots would hopefully bail out beyond the contamination range,” Hoffman said. “We were not prepared for this war in the jungle.”

He encouraged the cadets to learn military theory in preparation for their possible role in counseling high-level civilian leaders who oversee military operations. Based on his experience in Vietnam, he encouraged cadets to follow the principles outlined in the Powell Doctrine. He said, “Don’t go [to war] unless you know exactly what you want to do. And if you go, bring everyone.”

Cadet 1st Class Adrienne DeBauche said the presentation underscored the connection between strategic decisions and the experiences on the ground and in the air for the warfighter.

“What struck me the most [listening to the presentation] was his humility,” she said. “Colonel Hoffman has more than 18,000 flight hours, far more than most career pilots, and he flew in 377 combat strike missions. He claims that he was just another pilot in the war; however, Colonel Hoffman is just as much a hero as the others he singled out for credit.”

The entire auditorium stood after his presentation and clapped — a reaction that was in stark contrast to the reception he received, he said, at the height of the war when a girl spit on him in an airport.

“I don’t think we ever got closure on the war,” he said. “Whenever someone thanks me for my service, and they still do, I always try to talk to them for a few minutes to explain I much prefer hearing ‘Welcome Home,’ which was something we didn’t have back then.” 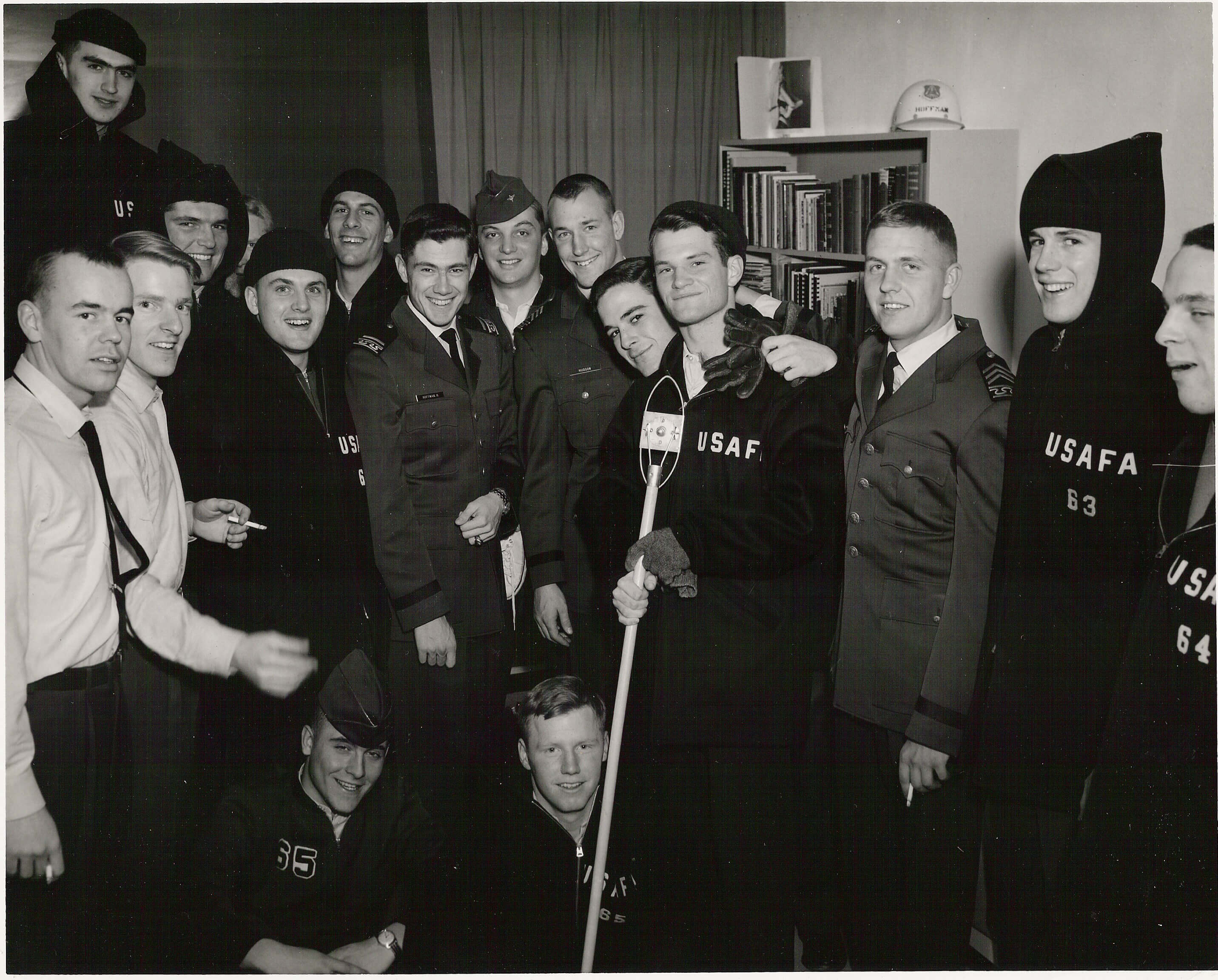 Hank Hoffman (eighth from left) poses for a photo in his Vandenberg Hall dorm room with other cadets in 1963. Hoffman graduated from the U.S. Air Force Academy that year and flew four combat missions over Vietnam during the Vietnam War. (Photo courtesy of Hank Hoffman)