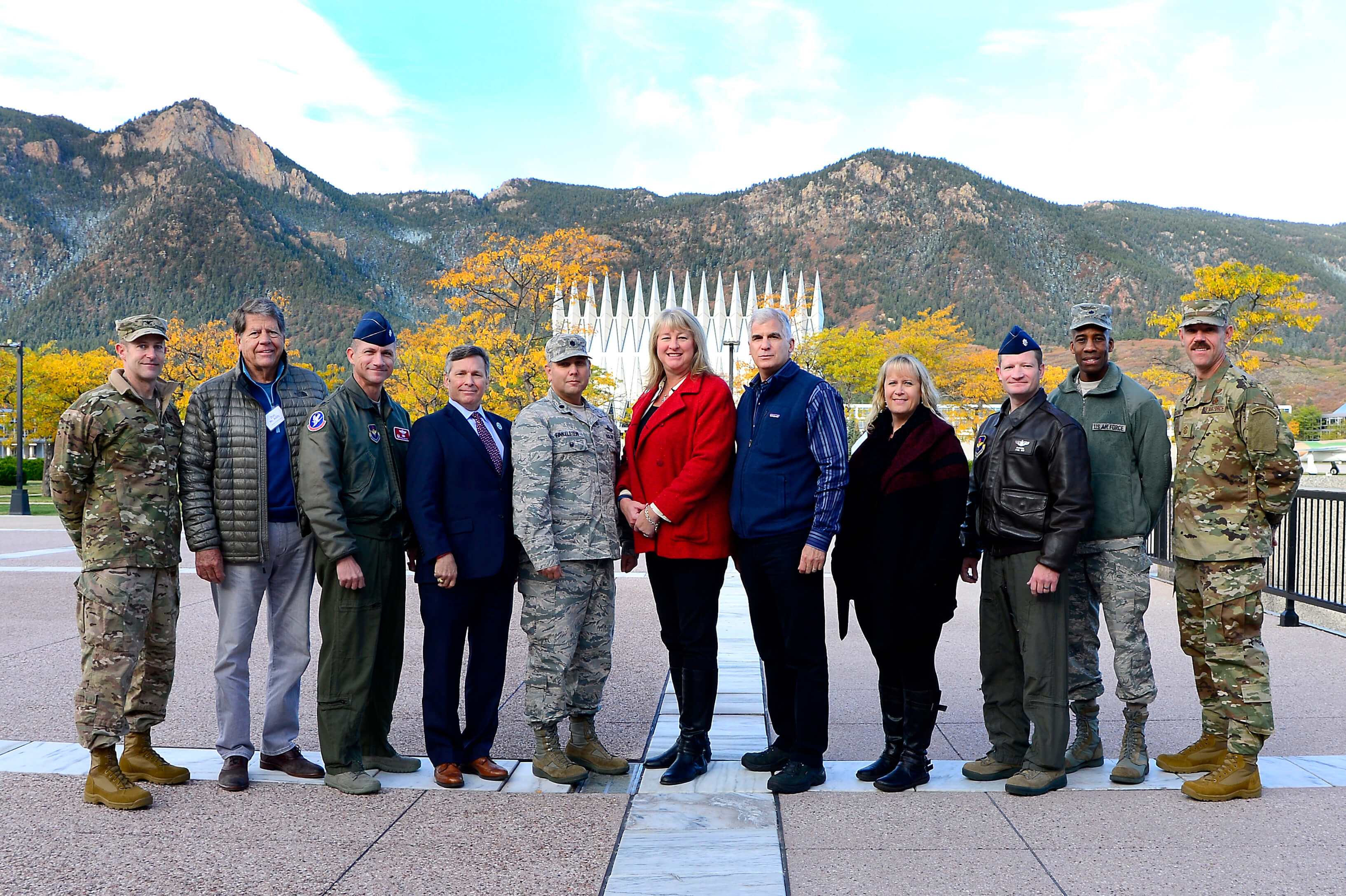 Senior officials at the Air Force Academy stand on the terrazzo with some of the Academy’s honorary commanders Oct 12, 2018. The Honorary Commander program pairs installation leaders with community counterparts to build trust and understanding. (U.S. Air Force photo/Darcie Ibidapo)

“Community support is critical, and the honorary commanders are the bridge between the military and the community,” said Col. Scott Campbell, vice commandant of cadets.

Recent Academy graduates, all second lieutenants, took the group across the terrazzo, the cadet dormitories and the Jack’s Valley training area.

“Our intent was to help them understand what a cadet goes through in their 47 months here at the Air Force Academy, drilling down on what training we do here and what we are preparing the cadets for [once they graduate],” Campbell said.

Campbell highlighted the Cadet Sponsorship program, which pairs a cadet with a local family, as an important cadet development tool.

“I was excited about the chance to learn more about the Academy, to better understand the roles and responsibilities of the leadership, as well as the cadets themselves,” said Carrie McKee, Southern Colorado regional director for Rocky Mountain PBS and Cadet Wing honorary commander.

McKee said she had little knowledge of the Academy before becoming an honorary commander. The tour impressed upon her the unique education the cadets received at the Academy.

“They really are creating warriors here, and understanding the impact that their leadership and education is going to have on our country and on our government and our worldwide relationships [is important],” said McKee.

The Cadet Wing immersion tour was the first in a series of scheduled events with different organizations at the Academy.