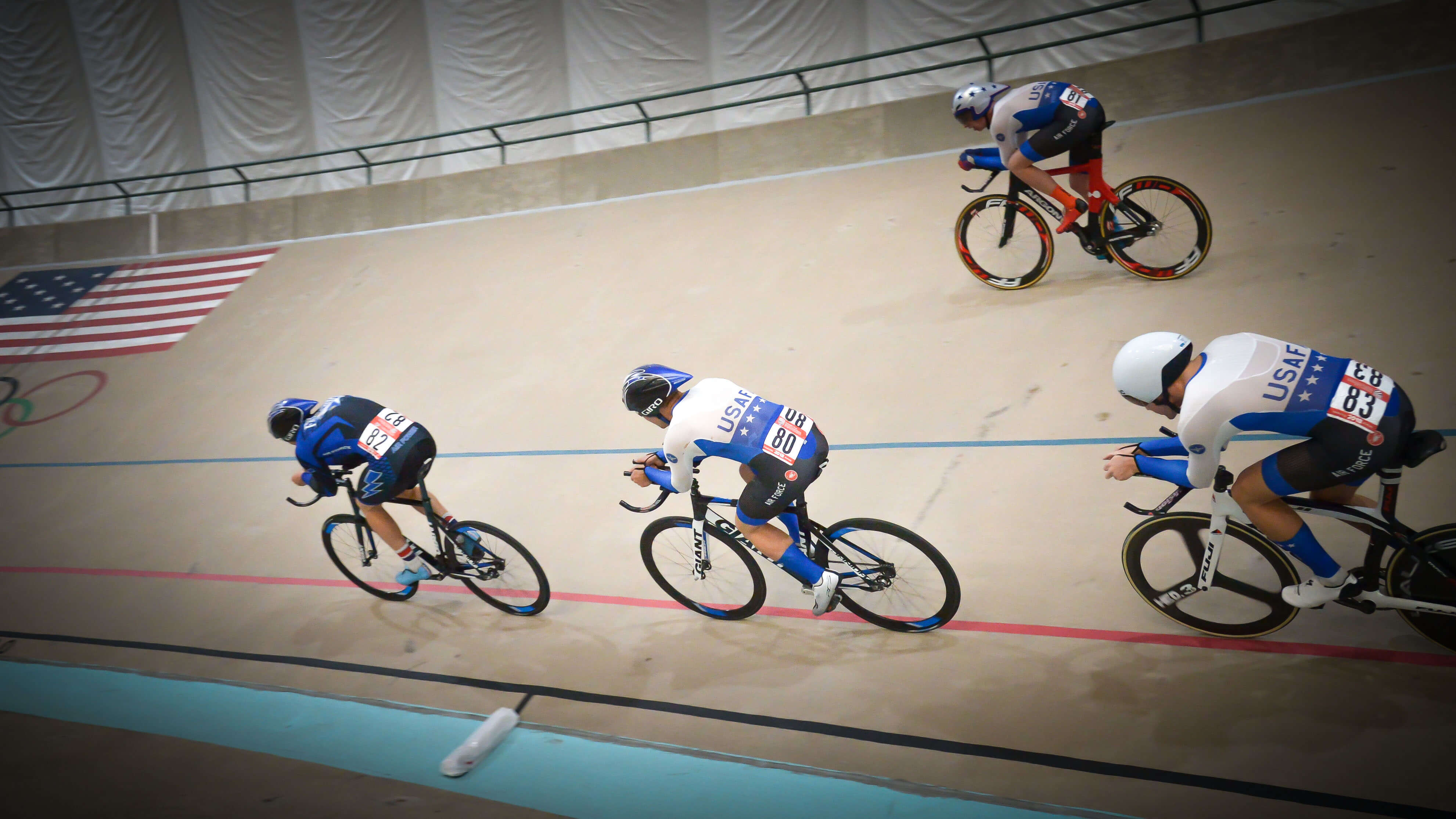 “Race season is thrilling,” MacKeen said. “I love the action at the competitions, I learn a lot from watching other [cyclists], and it’s such a freeing feeling to push yourself in that last sprint and cross the finish line.”

MacKeen joined the club in her freshman year after her brother introduced her to the sport. Their mutual hobby became a way to stay close as she navigated her time at the Academy.

“It was my outlet. Every day after class I would go for a ride on my bike to clear my mind,” she said. “I still introduce myself as part of the cycling club when I talk about what I do at the Academy, and it’s very much tied to my time here.”

MacKeen and cadet-in-charge Kaltenbaugh said this victory established a new baseline for the club. There are currently more than 20 active members in the club, and its leaders hope the victory will inspire the club’s athletes to diversify into new disciplines.

There are four main disciplines in cycling: mountain bike riding, track racing, road bike riding and cyclo-cross. Cadets in the club can compete in each discipline, which has several different race styles and lengths.

Kaltenbaugh credited the club with developing him as a leader.

“It’s been pretty eye-opening to see what it takes to run a club,” he said. “Everyone else is relying on me, and I have to look ahead, see the full picture, and work through problems because there would be confusion if I don’t make certain decisions early enough.”

Kaltenbaugh’s love of cycling started when he became involved in triathlons while his father was stationed at Kadena Air Force Base, Japan. After initially joining the Academy’s triathlon club, he transitioned to the cycling club in his sophomore year.

“[When I’m cycling], I feel like I can put everything into it, all my effort, and know I did the best I could afterward,” he said.

The cycling club will next compete in cyclo-cross events in December and road bike events throughout the spring.