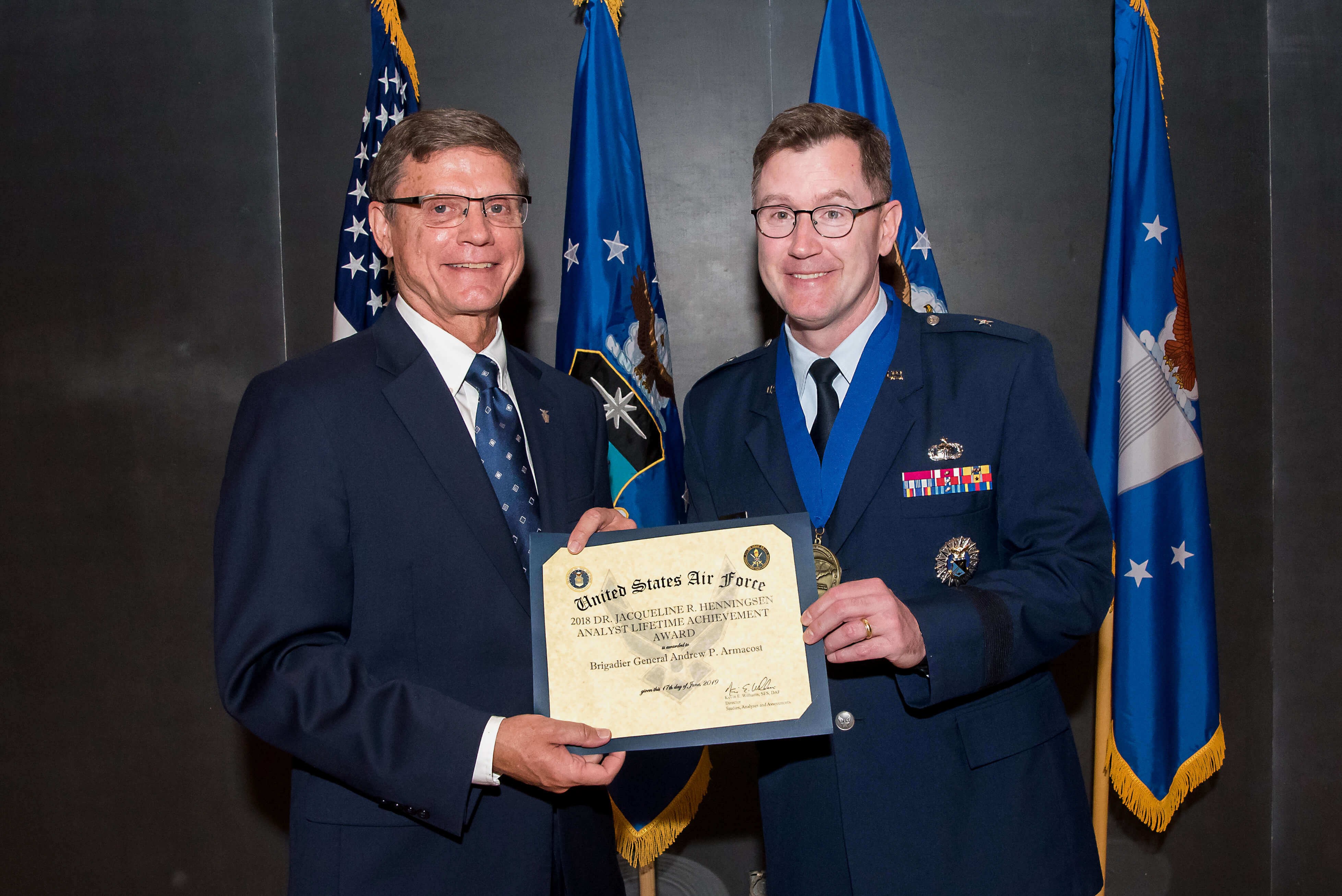 Kevin Williams (left), the Air Force director of studies, analysis and assessments, and Brig. Gen.  Andrew Armacost, the dean of the faculty at the U.S. Air Force Academy. (Photo by Trevor Cokley)

U.S. AIR FORCE ACADEMY, Colo. — The dean at the Air Force Academy and a national security expert received high-level awards for improving operations research across the Defense Department June 17 at the school.

“I hear what’s written about my accomplishments, but there are so many people who contributed,” Armacost said.

Kevin Williams, Air Force director of studies, analysis and assessments at the Pentagon, directed the awards ceremony. He said Armacost was selected for the award for improving operations research, analysis and combat effectiveness across the DOD. Operations research combines science with business management to solve complex problems.

Armacost has occupied five positions at the Academy since 1995: instructor, professor, permanent professor and department head in the management department, and is now the dean.

“Learning doesn’t stop when you graduate from college,” he said. “I just tried to bring a sense of excitement to my colleagues and cadets.”

Williams created the Henningsen award in 2014 to recognize Air Force researchers who demonstrate excellence in the science, technology, engineering and math career fields, and have long-lasting effect on the Air Force. The award honors the leadership and accomplishments its namesake demonstrated throughout a 29-year Air Force career, according to awards criteria. 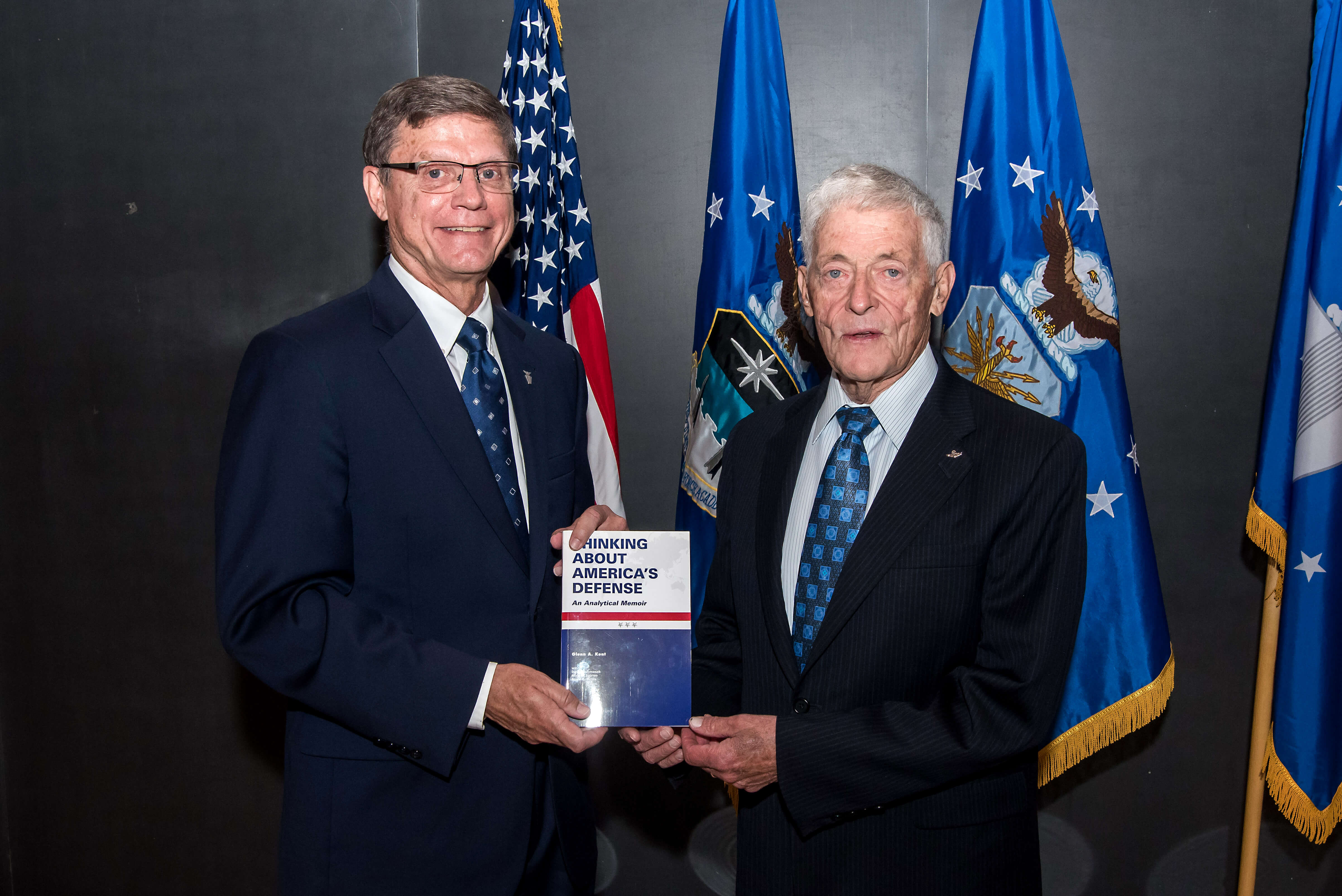 Kevin Williams (left), the Air Force director of studies, analysis and assessments, and retired Gen. James McCarthy, a prior vice-commandant of cadets at the U.S. Air Force Academy. (Photo by Trevor Cokley)

The Kent award recognizes influential leaders who’ve had substantive analytic responsibilities during their career and whose vision and leadership have had a significant and lasting effect on the achievements of Air Force analysis.

McCarthy spent 31 years at the Academy. As a former vice-commandant of cadets, he prepped the school for the addition of women in 1980 and petitioned for cadets to be trained as soaring instructors in the school’s Airmanship Program.

“I wanted to ensure cadets would have the fundamentals necessary to carry out those responsibilities as officers,” he said.

Along with his vice-commandant duties, McCarthy was also the former deputy commander in chief of the U.S. European Command during his military career. After retiring from the Air Force, he was a national security professor in the Academy’s political science department and served on the Defense Science Board at the Pentagon. He was also on the board for the European Aeronautic Defence and Space Company — now known as Airbus SE — and on the Air Force Scientific Advisory Board.

Armacost said he was “very grateful and honored” to receive the Henningsen Award.

“Though it has my name on it, it represents the incredible work of so many colleagues, cadets, and graduates,” he said. “Today’s ceremony offers Air Force-level recognition for our work in developing a special type of operations research analyst for the Air Force, one who brings technical talent and creative problem solving to address the toughest challenges we face as a nation.”

(Editor’s note: Henningsen is a member of the Senior Executive Service and director for Studies and Analyses, Assessments and Lessons Learned for the Air Force at the Pentagon.

Kent is remembered his work to improve research and development across the DOD in the 60s.) 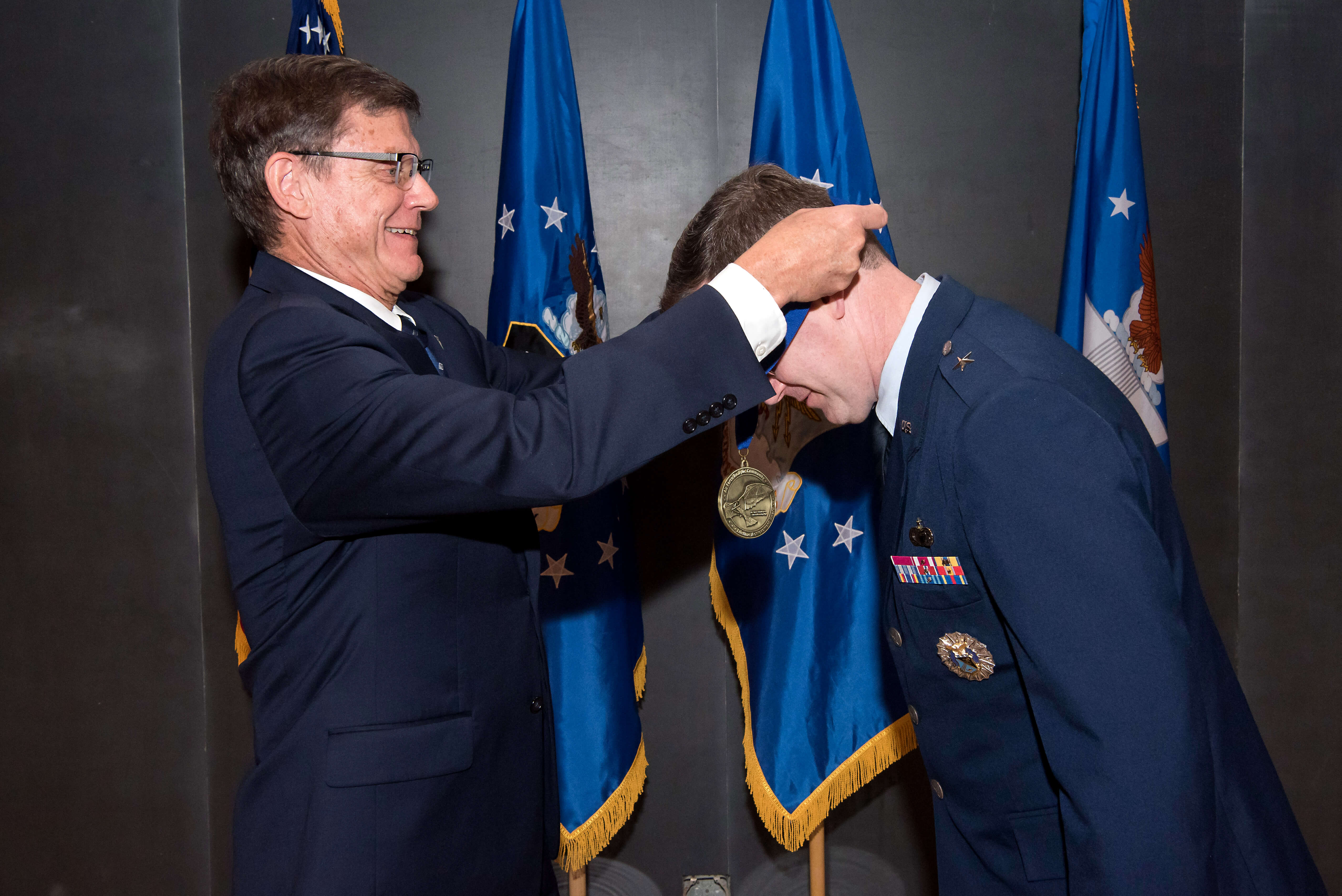 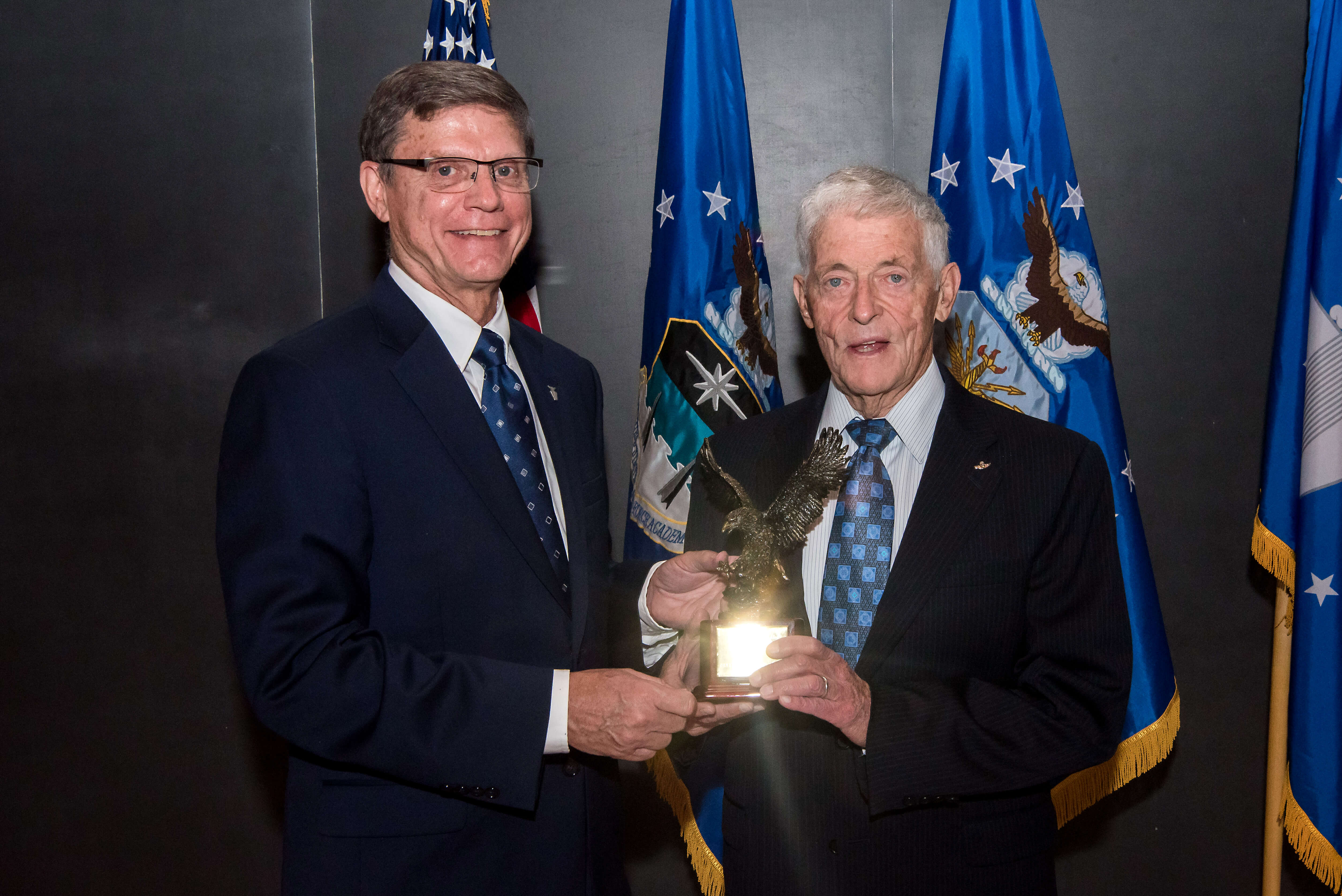