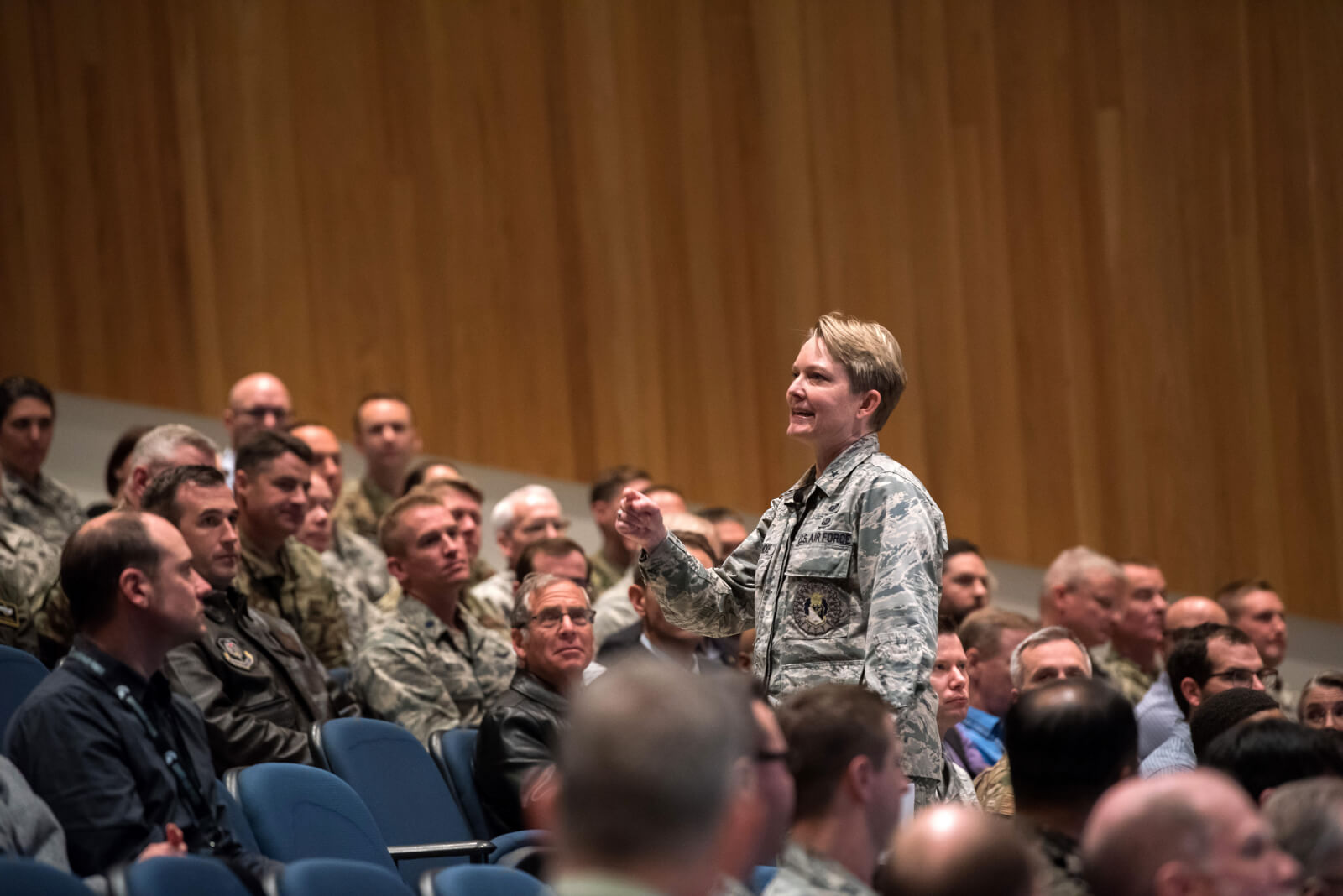 Brig. Gen. Linell Letendre, the dean of the faculty at the U.S. Air Force Academy .

U.S. AIR FORCE ACADEMY, Colo. — Two generals said their teamwork will positively affect the Air Force Academy in the New Year and beyond.

“These modifications will allow cadets to train with a deliberate objective based purpose that structures their time,” Edmondson said. “By doing this it allows far more cadets the opportunity to participate in the Academy’s top-notch Cadet Summer Research Programs.”

A review of the Academy’s informal training programs by Edmondson showed a wide variance in the amount and type of training received across the Academy’s 40 cadet squadrons.

“The review conducted during our training pause reinforced our beliefs that we need to provide cadets with a training plan where they are all exposed to the same training and every cadet has the same opportunities to succeed and thrive,” Edmondson said. “Our training will continue to be demanding but not demeaning and dignity and respect will always be at the fore-front of everything we do.”

Unofficial training programs have stopped, and are to be replaced by a standardized wing program with clearly defined training plans and supervision requirements supporting institutional outcomes and cadet development.

Previously, this training was often loosely structured, inadequately supervised, and contrary to institutional outcomes, according to the recent review during the training pause.

“Tradition alone should never be the sole justification for anything we do,” Edmondson said. “It’s not acceptable to say ‘We’ve always done it this way.’ There has to be an objective-based ‘why’ behind everything we do for cadets. If an activity doesn’t add value or enhance the cadets’ academic and training experience or ability to lead, we shouldn’t do it.”

Edmondson and Letendre both said while the academic and military training remains rigorous, the programs will only contain activities that promote the military and personal growth of cadets, while ensuring there is an “operational parallel” in terms of the training they are exposed too.

“Dignity and respect is paramount to the development of cadets, our future officers who will lead and care for Airmen,” Edmondson said. “Their transformational journey from a civilian to military member began once they got off the bus for basic training. Now our focus is to continue that evolution by giving them the tools they need to succeed and being there to build them up.”

Another review showed that by reducing the amount of junior and senior cadets needed to train basic cadets, more upperclassmen could participate in summer research programs.

“Our summer research programs will continue to offer terrific research and internship opportunities and now more cadets will be able to take advantage of them,” Letendre said.

The Cadet Summer Research Programs allow cadets from across the Academy to perform research and engage with experts at commercial, government, academic and nonprofit facilities around the world.

These movements come in the wake of a renewed partnership Edmondson and Letendre have formed to create an environment that gives cadets the best opportunities to thrive personally and professionally.

“That’s our bottom line – developing leaders of character,” Letendre said. “This is our focus.”

Edmondson and Letendre arrived in their positions within a few months of each other last year, and coordinated and combined their programs to benefit cadets and the Academy’s legacy as the Air Force’s only academy.

“We’ve become good partners working to remove any obstacle that would keep a cadet from thriving,” Letendre said.

The generals regularly attend each other’s’ commanders’ calls to share their mutual goals with cadets and faculty, and have teamed up to update the strategic plan that will guide the institution for the years ahead. The plan is slated to be released later this year.

“I’m excited about our partnership and what we’re doing together,” Edmondson said.

Letendre commands the 750-member Dean of Faculty mission element and oversees the annual design and instruction of more than 500 undergraduate courses for 4,000 cadets across 32 academic disciplines. 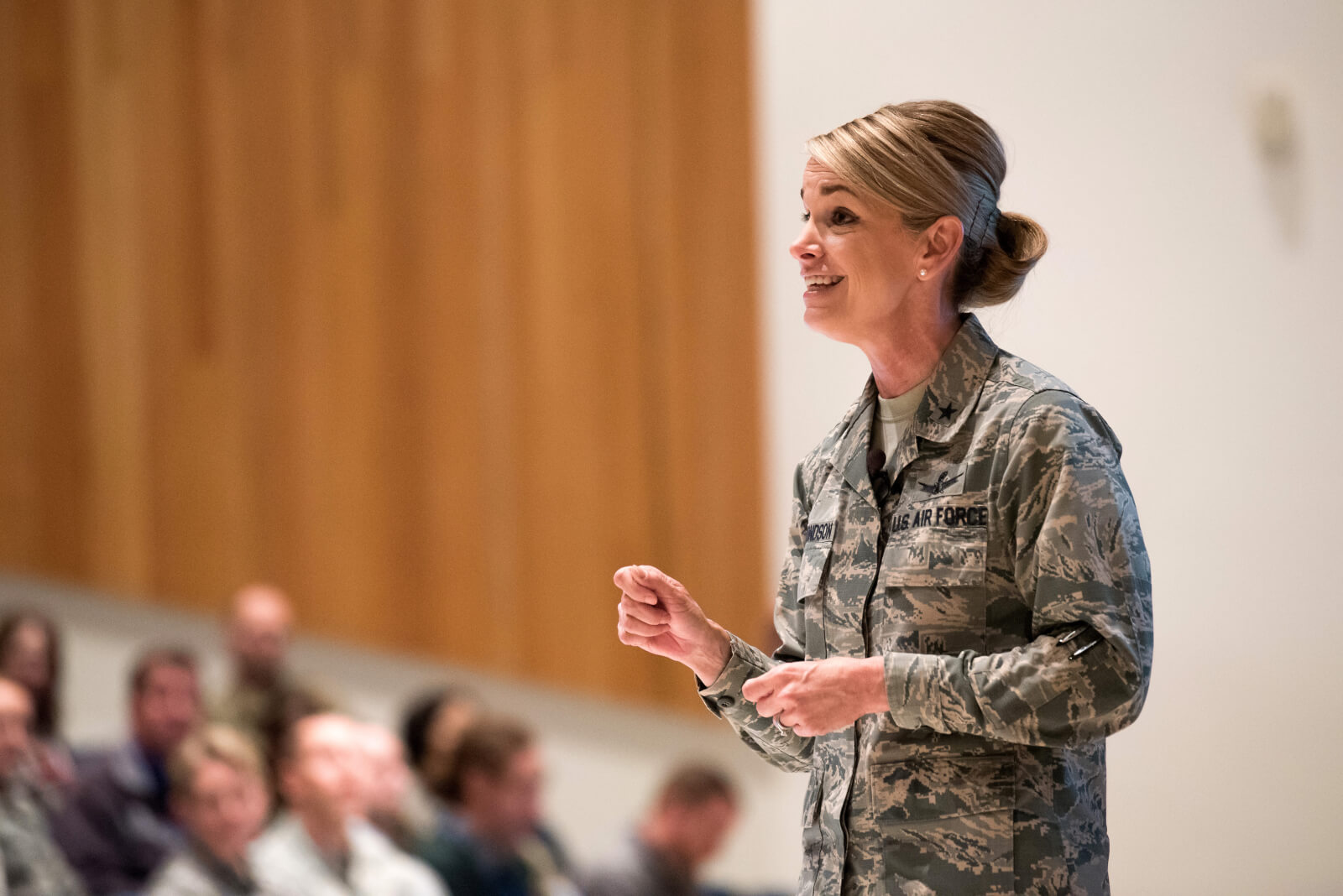