The Martinson Honors Program (MHP) curriculum is primarily embedded within the U.S. Air Force Academy’s core curriculum. The program offers specialized “Scholars” versions of core courses that span each of the four academic divisions (Basic Sciences, Engineering, Humanities, and Social Sciences) and cover each of the Academy’s nine learning outcomes. Scholars are required to take ten scholars designated courses in order to graduate from the MHP and have the scholars “S” designation on their transcript. 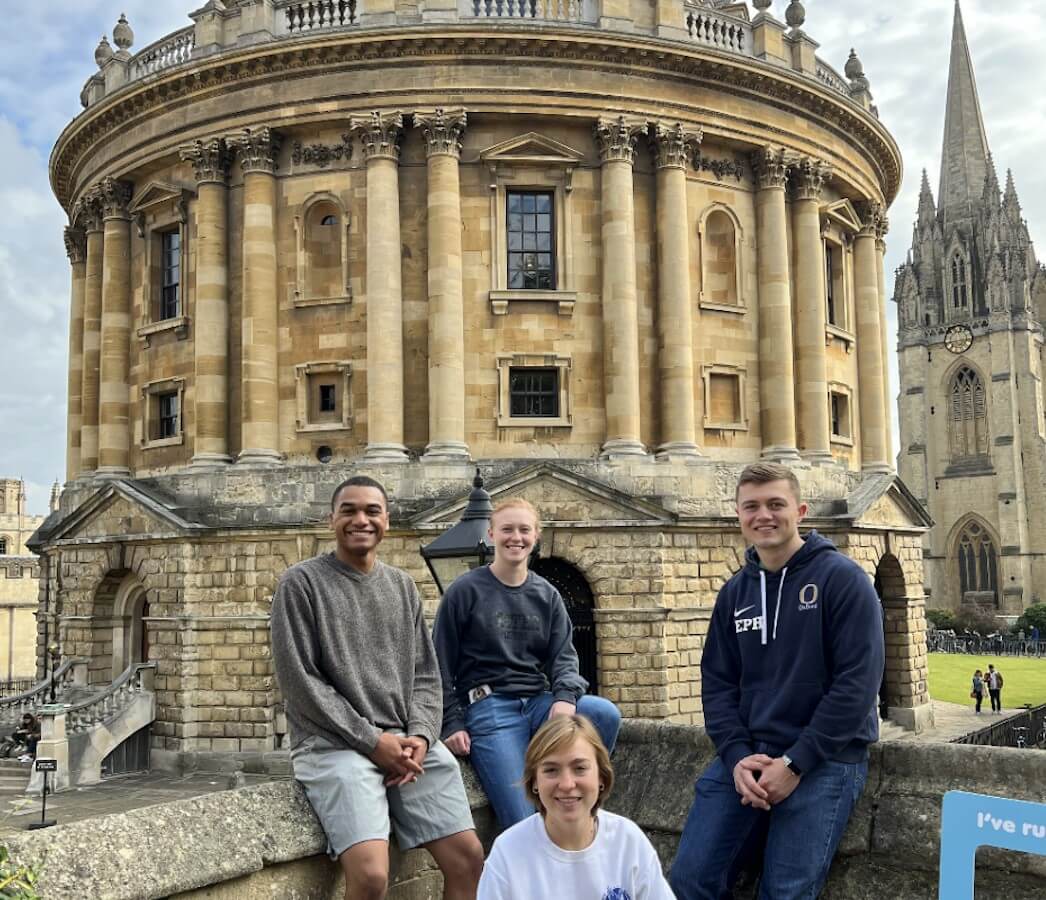 As a complement to the existing strengths of the Academy’s core curriculum, the Martinson Honors Program incorporates four learning outcomes unique to the Scholars program. The MHP curriculum emphasizes the importance of intellectual curiosity, cognitive engagement across disciplines, applied learning, and strong verbal and written abilities. Officers who graduate from the MHP will enhance their skills in the four following areas:

In addition to its specialized outcomes, the MHP offers a distinctive approach to its curriculum; its courses are built on three core values that serve to enrich learning and intellectual development:

The following table outlines the current Scholars course offerings in the Martinson Honors Program. In addition to the required Soc Sci 495S capstone course, Scholars must complete at least nine of the following Scholars core course equivalents to complete the program.

Scholars courses should not entail a greater commitment of cadet time (whether in or out of classroom) or more difficult material than standard core courses, and Scholars course grading should be neither easier nor harder than overall Academy grading standards. What sets the MHP learning experiences apart is that they all follow a set of principles built into every course. Scholars courses follow the basic guidelines described below, all of which highlight the three core values of the program and encourage innovative pedagogical practices.

As part of a coherent and cohesive learning community across and between Scholars cohorts, the Scholars classroom rests on a foundation of dialogue and engagement both with each other and with a close analysis of the material. Active and engaging pedagogies that rely on cadet contribution (e.g. seminar discussion) are the norm. Student engagement may include, but is not limited to, student presentations, an emphasis on written assignments, active discussions (both in and out of class) between students and the instructor(s), and/or team projects.

Scholars courses expect students to interact with primary source material from the period and discipline in question as much as possible. However, instructors will also assist Scholars to engage in wider contextual study as well as to allow for a more holistic understanding of materials and processes that have and will continue to affect our world. For instance, an instructor in Computer Science 110S may have students engage with the work of Alan Turing but will also provide the students with an understanding of the historical period in question as well as a detailed engagement with the appropriate coding and its continued impact in modern computer languages. From another vantage point, an instructor in History 100S may have students read Mao Zedong’s theories on guerrilla conflict but will also provide material attesting to wider international, regional, and local forces shaping the choices of the famed leader as well as examine his relevance in contemporary China-US relations.

Scholars courses are primarily student-centered. The focus of instruction is specifically on the cadet and what they will learn in the course. Drawn from a wide variety of backgrounds and academic majors, Scholars boast an equally impressive range of experiences and interests. In an effort to stimulate cadet engagement with disciplinary material while reinforcing interdisciplinary links, the MHP will focus on projects that generate a variety of topics and issues. For instance, a cadet enrolled in Physics 110S may generate a project focused on the political context that surrounds the creation of Newton’s treatise on optics and trace its continuing impact to the present day. A cadet enrolled in Law 220S may be tasked with drafting and ratifying a constitution for a Western African country in political turmoil. Ultimately, all such projects will remain related to wider institutional outcomes and core course proficiencies.

Scholars courses build on one another just as intended in the core curriculum. The sequencing of Scholars courses is deliberate and requires each course to link to preceding and succeeding years. Cadets should incorporate learning from other courses into their MHP experiences and draw connections throughout their educational experience. In an effort to promote metacognitive recognition and activity, MHP courses should employ interdisciplinary approaches and, where possible, team-teaching as well as deliberate references to other courses in the curriculum. For example, English 400S instructors, knowing that most Scholars have completed History 100S, may employ specific references to modern conflict such as the First World War to push students to connect historical context to literary production (and vice versa). A Mathematics 300S instructor might ask students to model evolutionary probabilities as a linkage to Biology 215S while also requiring students to consider the ethical implications of such choices through self-reflection, setting the stage for Philosophy 310S or Soc Sci 495S.

As part of a broad approach to learning, the Martinson Honors Program remains committed to generating opportunities for Scholars to learn in non-traditional settings relevant to contemporary problems of national and global importance, particularly by encouraging dialogue with people and organizations not typically linked to the profession of arms.

Consequently, program administrators work to pair students with Academy opportunities to participate in foreign exchanges, language immersions, interdisciplinary research, and community engagement programs such as the Academy Assembly, the National Character and Leadership Symposium, and the Institute for Future Conflict. In addition, the MHP offers colloquia consisting of presentations by recognized experts on topics of contemporary policy, social, or historical value as well as by Scholars who have the opportunity to present their own cutting-edge research to audiences of fellow students and faculty.

Enrichment opportunities outside the Academy are also funded by the program, so that Scholars and Scholars faculty can participate in unique experiential learning opportunities that they can then integrate back into their curriculum. Such opportunities include: dedicated research and travel funding; participation in honors conferences such as the National Collegiate Honors Council and the Western Regional Honors Council; unique publishing opportunities in national honors and related journals; and participation in programs at the Colorado Springs World Affairs Council, the Aspen Institute, Project Everest, the Mellon Foundation, St. John’s College Summer Classics, the State Department Critical Language Scholarship Program, and the Institute for National Security Studies.