Approximately 5% of cadets in each class will enter the MHP in their fourth-class year after a mutual selection process involving an invitation and application. Over 90% of the students who enter the program also graduate from MHP. 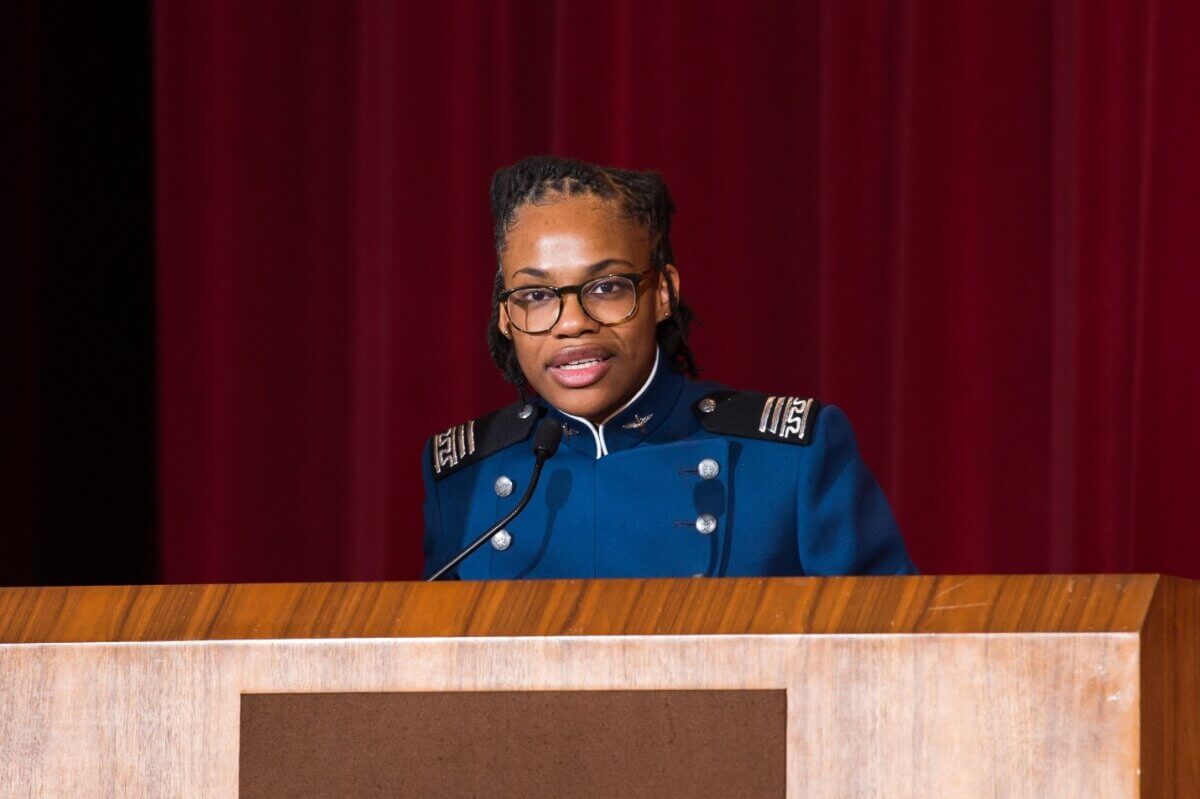 The top academically-qualified cadets of each new class of four degrees are identified shortly after their first progress reports in the fall and invited to an information briefing. The Scholars Advisory Council members assist the program Director in reviewing and scoring the application packages of interested cadets. Selection is based upon a number of factors including high level of academic achievement in all areas, an appreciation of learning across disciplinary divisions, evidence of intellectual curiosity, and an enthusiasm for engaged learning.

Unless special exception is made by the program Director and the Academy Board, in order to graduate from the program, Scholars must complete at least nine Scholars-designated offerings of core courses as well as the Scholars capstone course and must graduate with a minimum 3.5 GPA. Cadet responsibilities include active participation as a member of the Scholars community, as well as timely completion of assigned tasks such as mandatory assessment activities. Periodic reviews of cadet performance, such as quantitative and qualitative Scholars’ performance in and out of the classroom will determine cadet suitability for continuation in the program. Cadets participating in the program who fail to maintain a GPA of at least 3.5 or make satisfactory progress toward program completion may be removed from the program at the Director’s discretion.

Additionally, any form of probation (honor, conduct, aptitude, athletic, or academic) may restrict Scholars from participation in Scholars courses, withdrawing the benefit of the complementary opportunities within and outside the Academy, and may result in removal from the program.

Recognition of Completion of MHP

Cadets successfully completing the Martinson Honors Program receive appropriate recognition on their U.S. Air Force Academy transcripts, and each course is designated with an “S” suffix to indicate their participation in a Scholars course. At the end of the first-degree year, the MHP hosts a formal Scholars graduation ceremony to honor and celebrate those who have successfully completed the program requirements and have been approved as graduated Academy Scholars by both the Director and the Academy Board.