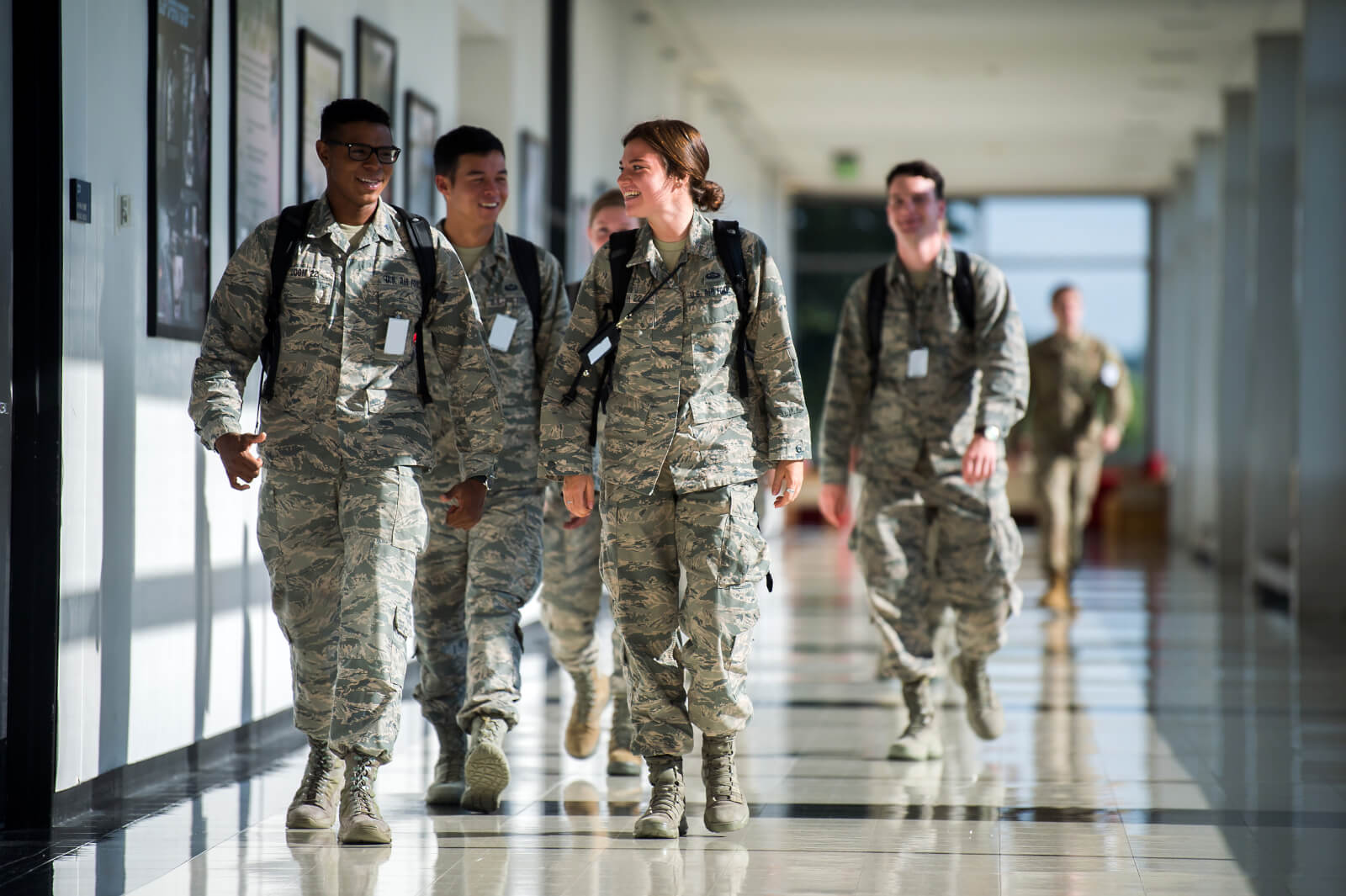 The Academy Board approved the addition of a mandatory space warfighting minor earlier this month, starting with the class of 2023. The board determines educational policies at the school under Air Force and Defense Department guidelines.

“It’s exciting that the Academy has a leading role in educating Space Force officers and that we’re the first commissioning source to commission those officers,” said Academy board adviser and vice dean of curriculum and strategy, Col. Dan Uribe.

Cadets will benefit from the new coursework whether they commission into the Air or Space force, said aeronautics head, Col. Doug Wickert. Wickert has been nominated to be on the Academy Board.

“Cadets have the rare opportunity to be part of the birth of a new warfighting domain,” he said. “We’ve used space for military and support operations for a long time, but we’ve always treated it as a permissive environment. That has changed and space is now a deeply-contested environment.”

Wickert said the course will give engineering majors in his department new opportunities to solve problems.

“In its basic form, engineering is about applying scientific principles to solve practical problems,” he said. “Many problems cadets will solve in the Air or Space force are ill-defined — there’s no straightforward solution — but our graduates will be comfortable with defining the warfighting domain of space.”

The Academy is the ideal institution to create officers with a greater operational and strategic understanding of space, said astronautics head and board member, Col. Luke Sauter.

“It’s natural that the Space Force would spring from the Air Force,” he said. “It’s an exciting time in our history. Cadets have designed, built and operated satellites performing Air Force and DOD missions since 1954. Graduates have played leading roles in the exploitation of space and 42 graduates have become astronauts, continuing their space-domain leadership.”

Uribe said the intent of the space warfighting minor is to make space accessible to every cadet.

“Cadets can decide whether to commission into the Air or Space force when they choose their major,” he said. “From my perspective, we want to get a ‘space sense’ similar to what we do with ‘air to make sure space becomes something cadets are comfortable with.”

The new coursework will allow cadets in any academic major to contribute to modern warfare, Sauter said, and he expects more adjustments to come in the future.

“The curriculum committee recommends improvements and updates to the department of astronautics curriculum to ensure the relevancy and impact of our programs,” he said.

Wickert said the mandate from senior Air and Space force officials to develop officers with an innate understanding of the latest technology places the Academy at an advantage.

“When the 2018 National Defense Strategy called for an increased focus of science, technology, engineering and mathematics – STEM – education, it echoed the focus of the ‘space race’ during the 1960s, when the Academy committed to graduating more than half of each class with STEM degrees,” he said.

“There is no doubt the Academy will play a large role in defining the educational DNA of Space Force officers,” Wickert said. “We’ll do everything we can to get it right.”

The first 86 officers to commission into the Space Force graduated from the Academy April 18.