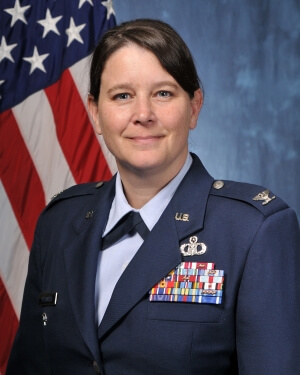 Colonel Jen Alexander is Permanent Professor and Head, Department of Economics and Geosciences, Dean of Faculty, United States Air Force Academy. Colonel Alexander also served as the Director of Staff, Dean of the Faculty, US Air Force Academy. As a career weather officer, she has distinguished herself in a variety of leadership positions within the operations and technology transition disciplines, and has served in key positions in support of Air Force, Army and Joint operations. She is a Fellow of the American Meteorological Society and has served on numerous committees, including the American Meteorological Society Council and Executive Committee.