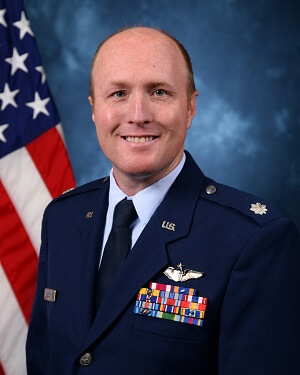 Lieutenant Colonel Justin Cook is the Deputy Director of Geospatial Science and a Senior Instructor of Geosciences. He is originally from Dunwoody, Georgia and has served as a KC-135 pilot in the Air Force since graduating from Pennsylvania State University in 2005.