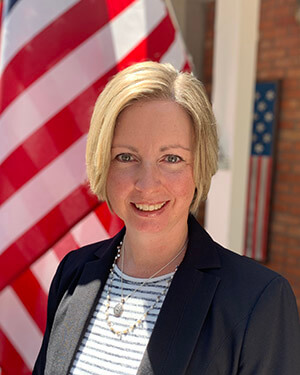 Dr. Michele E. Johnson currently serves as an Assistant Professor for Officer Development Integration at the Center for Character and Leadership Development (CCLD), United States Air Force Academy, Colorado. She is responsible for the integration of character and leader development efforts across the institution and also instructs cadets on leadership. The Center is integral to the Academy’s mission of graduating officers of character and integrating the Air Force’s Core Values of Integrity, Service, and Excellence for faculty, staff, and cadets.

Dr. Johnson is an Air Force veteran, commissioned in 1995 as a distinguished graduate from the Reserve Officer Training Corps at Saint Michael’s College, Winooski, Vermont. During her 25-year active duty career, she served as a cyberspace officer and an educator. Dr. Johnson joined the CCLD team in July 2020.