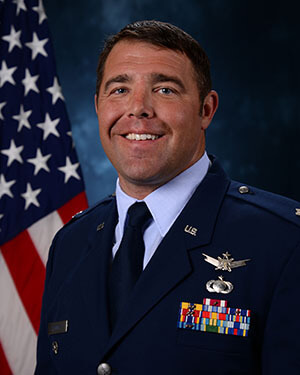 Lt Col Justin Pendry is currently the Air Officer Commanding (AOC) Program Director and the Deputy Chief of the Integration Division at the United States Air Force Academy’s (USAFA) Center for Character and Leadership Development (CCLD). Lt Col Pendry graduated from USAFA in 2002 and in 2018 CCLD sponsored him for a PhD in leadership at the University of San Diego with a research focus in commitment and organizational behavior.

Masters of Arts in International Relations, University of Oklahoma (4.0 GPA) (2010)