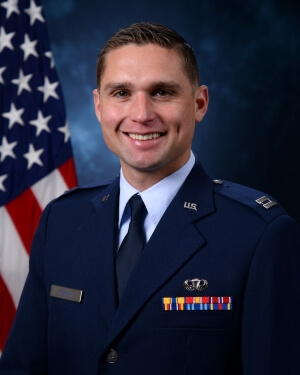 Captain Jake Sortor is an Instructor of Economics in the Department of Economics and Geosciences, United States Air Force Academy. Captain Sortor was commissioned in 2015 as a Distinguished Graduate of the United States Air Force Academy. Prior to his current position, Sortor served as an intelligence officer in the both the 361st Intelligence, Surveillance, and Reconnaissance Group and 25th Intelligence Squadron, Hurlburt Field, FL. The 361st ISRG and 25th IS are selectively-manned and uniquely-tasked organizations, chartered to provide actionable intelligence across the spectrum of conflict and specifically for elite special operations teams.