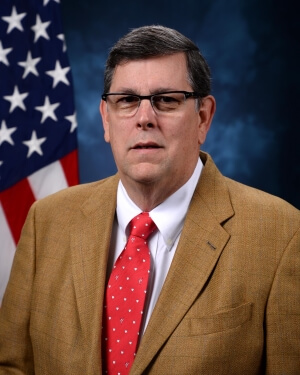 Dr. James Lowry is Distinguished Visiting Professor of Geosciences in the Department of Economics and Geosciences. His research has focused on perceptual and vernacular regions including the South (as his MA thesis), the Southwest (as his PhD dissertation), the Midwest, the Northwest, and New England. He is also interested in natural hazards and disasters, especially in different groups’ perceptions and how they plan for, and mitigate, damage.

James was born in Charleston SC, and considers himself fortunate to be an Air Force Brat as that led to him living in Big Spring, Texas (Webb AFB); Tripoli, Libya (Wheelus AB), Atwater, California (Castle AFB); and Warner Robins, GA (Robins AFB). Upon his dad’s retirement from the USAF his family settled in his parents’ hometown of Gastonia, NC.

2019, Gamma Theta Upsilon by the Numbers at the end of its First Century: Where are our Growth Poles? The Geographical Bulletin, 60-1: 75-79.

2008, with Mark Patterson, and William Forbes. The Perceptual Northwest. Yearbook of the Association of Pacific Coast Geographers, 70: 112-126.