Commander of the Preparatory School 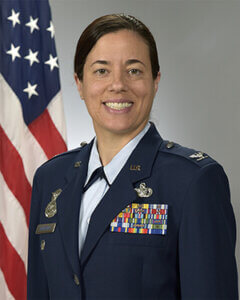 Colonel Youderian began her military career as an enlisted member of the Army Reserve. She later received her commission from the United States Air Force Academy, Colorado Springs, Colorado, in May 1998. She spent time overseas in Italy, the Republic of Korea, and Iraq. Colonel Youderian is originally from Lincoln, Montana. She enjoys spending time with her husband and son hiking, cross-country skiing, and playing basketball.