Command Chief of the Dean of Faculty 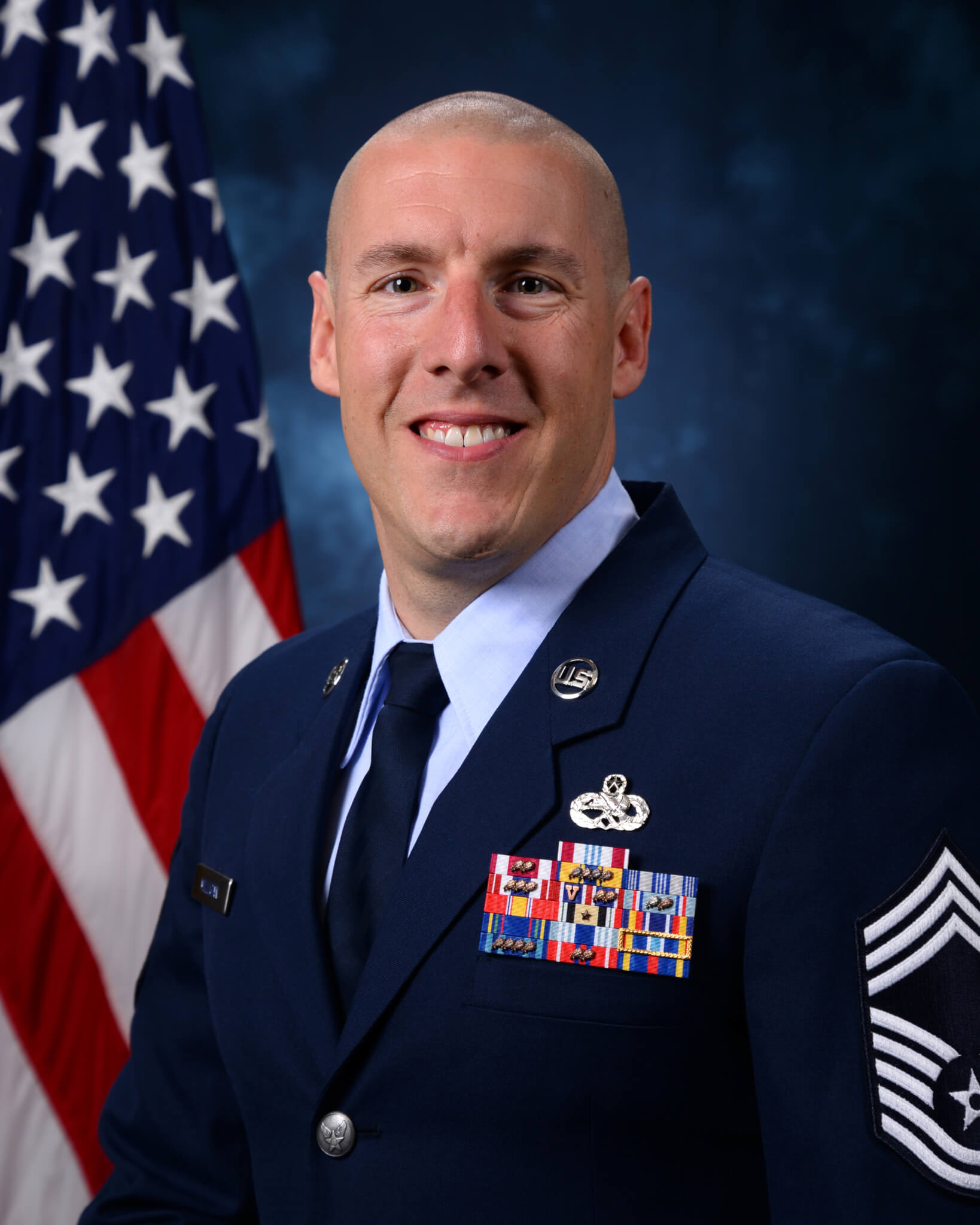 Chief Master Sgt. Sean Milligan is the Superintendent for the Dean of Faculty, U.S. Air Force Academy, Colorado Springs, Colo. He advises the Academy's Dean and teaching faculty staff of over 750 officers, enlisted and civilian with the goal of providing a world class undergraduate education. Additionally, he facilitates the on going stand-up of an enlisted faculty cadre with the goal of both leveraging Air Force enlisted talent and providing the Academy’s 4,000 cadets with a diverse educational experience. Chief Milligan also serves as a faculty instructor in the Academy's Management department.

Chief Milligan entered the Air Force in January 1997. He graduated from Heavy Aircraft Electronic Countermeasures course at Shepard Air Force Base in October 1997. Throughout his career he has maintained B-1, B-2, and B-52 bombers, MC-130Ps, MC-130Js, and CV-22s under three separate major-commands. Chief Milligan filled a myriad of roles for the Combat Air Force, Developmental Flight Test, and Air Force Special Operations. His assignments include bases in South Dakota, California, Florida, New Mexico and the United Kingdom. Additionally, he has deployed in support of Operation Iraqi Freedom and U.S. Africa Command.

Associate of Applied Science degree in Electronic Principles, Montgomery, Ala. (2005)