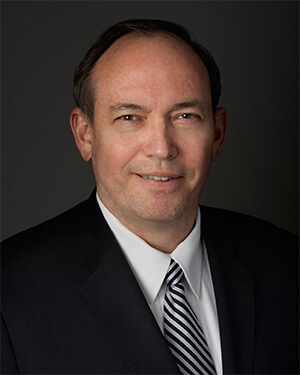 Lt General David A. Deptula USAF (Ret.) is the United States Air Force Academy (USAFA) Center for Character and Leadership Development’s (CCLD) General James R. Risner/Perot senior military scholar. He is a highly decorated military leader with more than 34 years of distinguished active duty service. He has extensive joint operational experience having twice been a Joint Task Force Commander; was the principal attack planner for the Desert Storm air campaign; orchestrated air operations over northern Iraq in the late 1990s as commander of the no-fly zone; directed the air campaign over Afghanistan in 2001 during the period of decisive combat; was the joint force air component commander (JFACC) for the 2005 South Asia tsunami relief, and was the first standing JFACC for Pacific Command. He has served on two congressional commissions charged with outlining America’s future defense posture—the Commission on Roles and Missions, and the National Defense Panel—and he has piloted more than 3,000 flying hours—400 in combat—to include multiple command assignments in the F-15. In his last active duty assignment, he serviced as the Air Force’s first Deputy Chief of Staff for intelligence, surveillance, and reconnaissance (ISR), where he transformed America’s military ISR and remotely piloted aircraft (drone) enterprises.

As one of the most experienced practitioners of successful aerospace operations over the last quarter of a century, he is a world-recognized leader and pioneer in conceptualizing, planning, and executing national security operations from humanitarian relief to major regional conflict. He has accomplished historic achievements and several “firsts” in the command of joint forces, planning and execution of aerospace power, ISR, and improved international relationships.

As a thought leader on aerospace power, defense, and strategy, his work as the Risner/Perot Senior Military Scholar has had a positive impact in raising the awareness of the profession-of-arms as it relates to the development of cadets at the USAFA. At CCLD he updates the USAFA cadets, faculty and institutional programs to educate, train, and inspire men and women to become Airmen of character leading the United States Air Force in service to our nation. His efforts instill an understanding and awareness of the characteristics and capabilities of aerospace power in accomplishing America’s security objectives.

Born in Dayton, Ohio, he earned his B.A. in 1974 and M.E. in 1976 both at the University of Virginia where he was a distinguished graduate from Air Force ROTC. He is a graduate of the Air Force Fighter Weapons School, Air Command and Staff College, and the Armed Forces Staff College. He also holds a M.S. in National Security Strategy from the National War College.