Deputy Head and Assistant Professor of Electrical and Computer Engineering 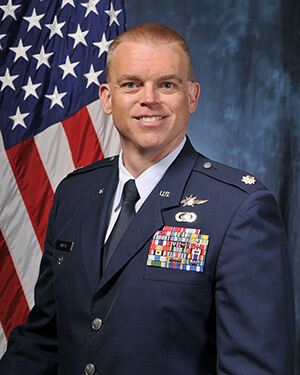 Lieutenant Colonel Paul Kaster is an Assistant Professor and Deputy Head of the Department of Electrical and Computer Engineering at the U.S. Air Force Academy. He instructs students in a variety of classroom and laboratory courses, and assists the Department Head to lead the department’s 25 faculty, staff, and researchers.

Lieutenant Colonel Kaster entered the Air Force in 1998 through Air Force ROTC at Pennsylvania State University. He has deployed multiple times to Afghanistan, Iraq, Qatar, Jordan, Saudi Arabia, and the Horn of Africa. He has commanded a squadron, and served as a division chief, branch chief, and flight commander. Prior to his current position, he was a doctoral candidate at the Colorado School of Mines.