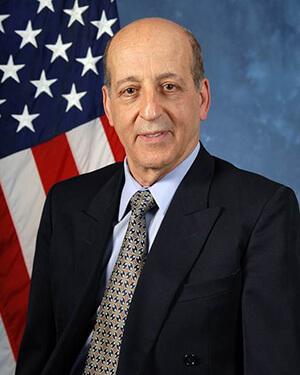 Dr Jacob Abadi is a professor of Middle Eastern and Islamic history at the U.S. Air Force Academy in Colorado. Professor Abadi obtained his B.A. degree from the Hebrew University of Jerusalem and his M.A. and Ph.D degrees from New York University. In addition to numerous articles and book reviews which he had written on contemporary Middle Eastern and Islamic affairs Dr Abadi published the books Britain’s Withdrawal from the Middle East: The Economic and Strategic Imperatives, 1947-1971; Israel’s Leadership: From Utopia to Crisis; Israel’s Quest for Acceptance and Recognition in Asia: Garrison State Diplomacy and Tunisia Since the Arab Conquest: The Saga of a Westernized Muslim State.

Bachelor of Arts, History and Political Science, The Hebrew University of Jerusalem (1971)

Recipient of the National Endowment for the Humanities grant for the seminar The End of the British Empire. Conducted by Professor Wm. Roger Louis. The University of Texas at Austin (1990)

Recipient of the Malone Fellowship grant for a study tour to Qatar and the UAE. The Council on U.S-Arab Relations (1995)

Recipient of the National Endowment for the Humanities Award for the seminar Culture and Communication in the Pre-Modern Islamic World. Conducted by Professor Fred Donner. The University of Chicago (2005)

Recipient of the National Endowment for the Humanities Award for the summer institute Holy Places and Holy Cities in Judaism, Christianity and Islam. Conducted by Professors Irven Resnick and Jeremy Cohen, The Oxford Center for Jewish and Hebraic Studies, University of Oxford, United Kingdom (2008)

Recipient of the National Endowment for the Humanities Award for the summer institute The Historical and Cultural Development of Modern India. Conducted by Professors David Berry and Beverley Blois, Delhi, Agra, Varanasi (2011)

AWARD FOR EXCELLENCE IN TEACHING

Dissertation – The British Retreat from the Middle East 1945-1957:The Role of Domestic Constraints in the Making of Defense Policy.

Book in progress: Jordan throughout the Ages (tentative title).

“India's Economic Policy since Nehru: The Failure of Democratic Socialism and the March toward Free Trade,” Journal of Third World Studies, Vol. X, No. 2 (Fall 1993), pp.12-35.

“Saudi Arabia and Israel: The Persistence of Hostility and the Prospects of Normalization,” Mediterranean Quarterly, Vol. 9, No. 2 (Spring 1998). pp. 52-75.

“Israel in the Horn of Africa,” Journal of South Asian and Middle Eastern Studies, Vol. XXV, No. 2 (Winter 2002), pp. 26-51. Written in collaboration with Jennifer Krischer