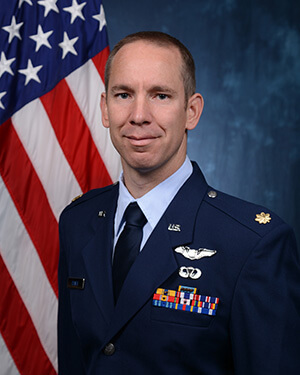 Major Culver graduated from USAFA in 2006 then earned a Masters of Public Policy Degree at the Harvard Kennedy School, after which he attended Euro-NATO Joint Jet Pilot Training. Upon completion of UPT, he flew MQ-1B Predators at Creech AFB, and then became an instructor at the MQ-1 formal training unit at Holloman AFB. Major Culver was selected to attend a PhD program at Penn St before joining the Political Science faculty at USAFA. He and his wife Stacey have five beautiful children.