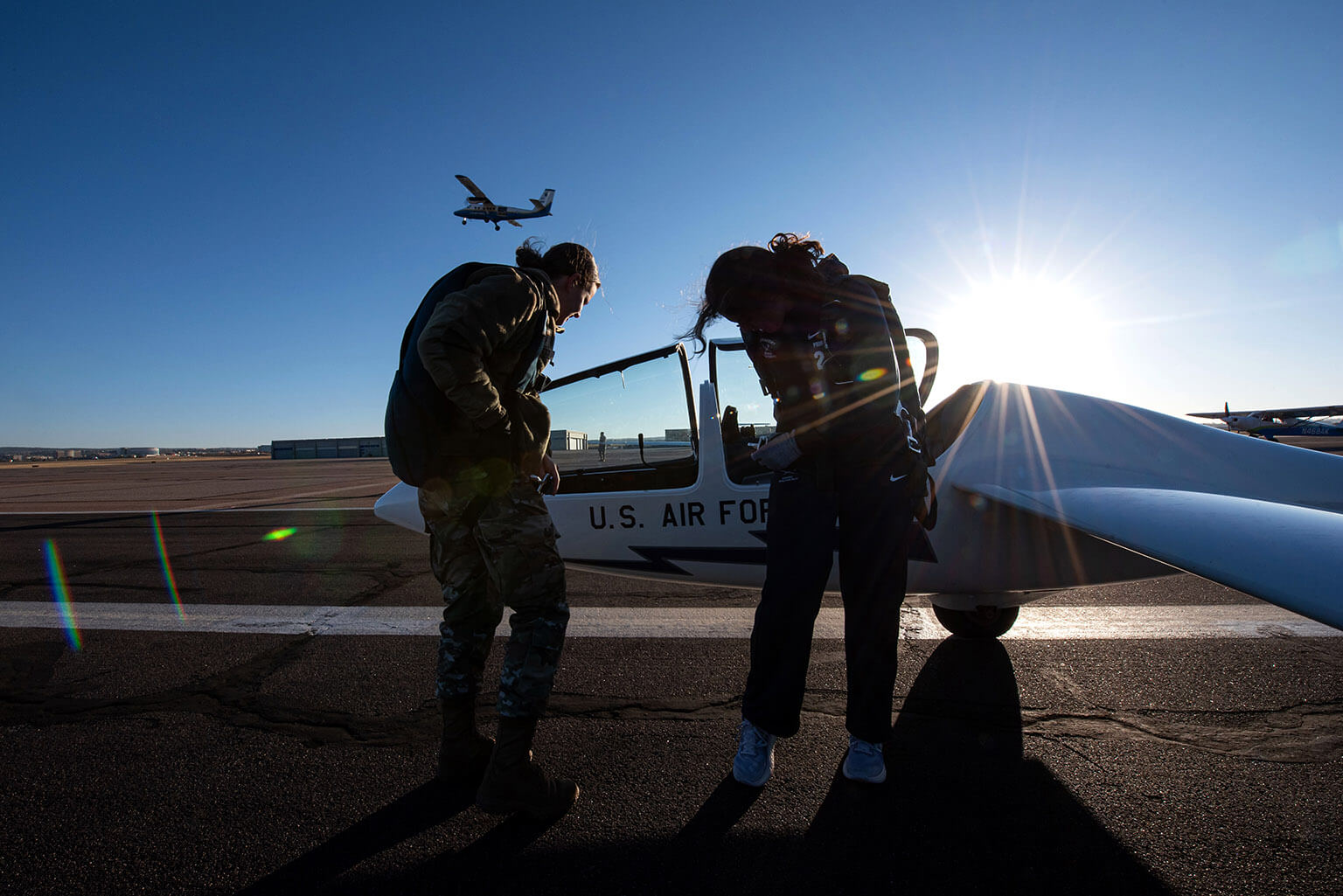 A cadet instructor pilot prepares to take a Prep School cadet candidate on a glider orientation ride at the U.S. Air Force Academy’s Davis Field as part of the Early Path to Wings program, October 2022. (US Air Force Photo/Trevor Cokley)

The Prep School staff designed the three-year-old program to inspire potential cadets to pursue careers as Air Force pilots and other flying specialties. It does so primarily through exposing cadet candidates to aviation and aviators during their 10 months at the Prep School.

“When they arrive here, they just don’t see aviation as an option because they’re not introduced to the opportunity when growing up,” says Prep School Vice Commander Joe Dague. “Exposure to aviation opportunities not only increases interest in the career field, but also prompts the cadet candidates to seek out more aviation opportunities and to commit to their academics to help reach their goal of becoming a pilot.”

Currently, Early Path to Wings encourages students to pursue rated career fields by offering orientation rides in small aircraft or gliders to prep school students. The program also provides students experience in a flight simulator on campus, invites them to discussions with Air Force aviators, and for a select group of cadet candidates, gives them a chance to earn a private pilot certification before they graduate from the Prep School.

Maj. Timothy Baik, Early Path to Wings program manager, says most young people get interested in flying from an experience in the air or by having a family member or mentor guide them toward aviation. He says, “I’m trying to be that mentor for some of these cadet candidates.” 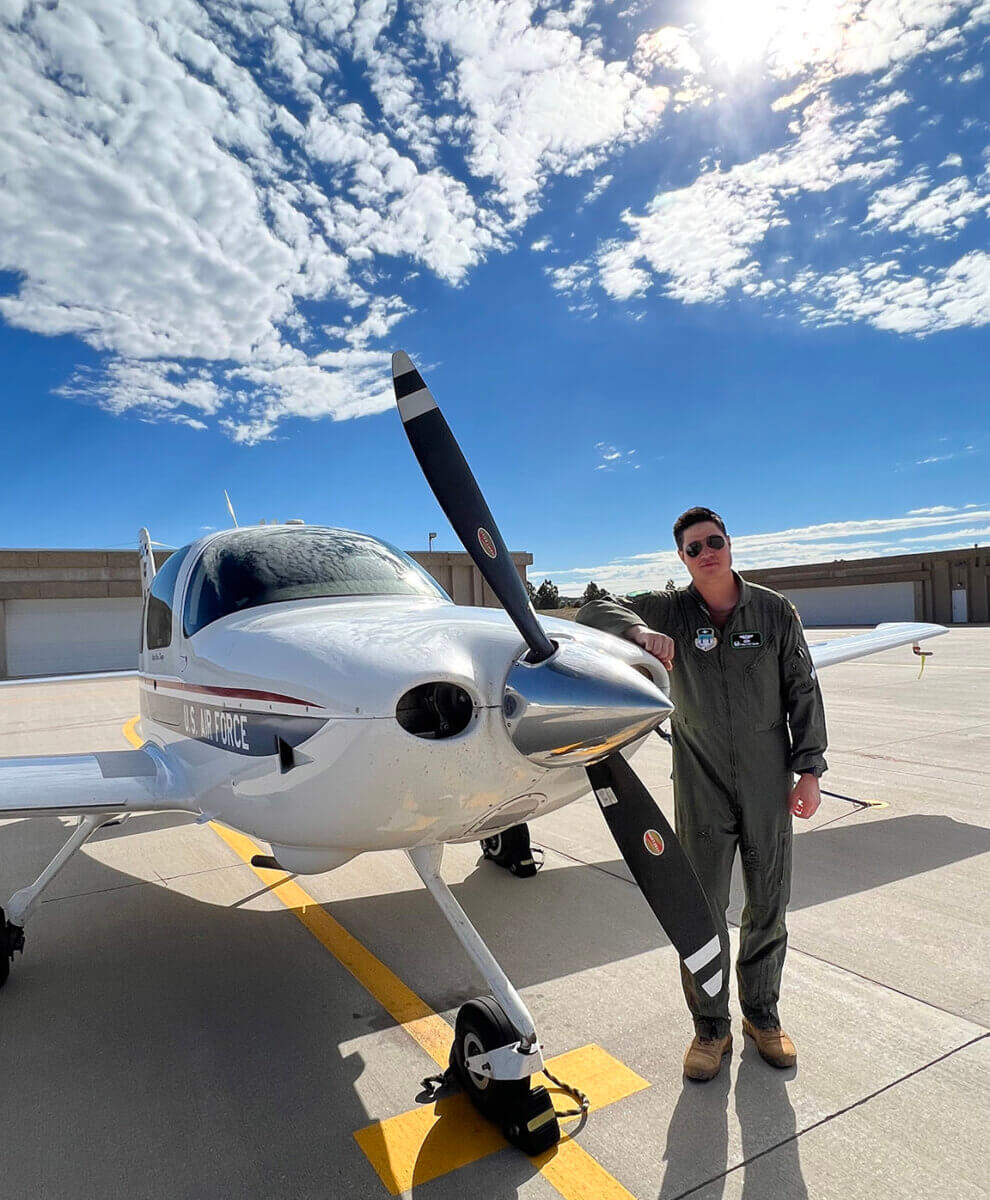 Baik, who flew AWACS for seven years prior to his Academy assignment, says seeing a mentor who looks like them is also important. The 2010 Academy grad is Asian American and applauds the Air Force’s efforts to increase diversity among the Air Force’s aviation careers.

“There is no group or demographic that has a monopoly on being a good aviator. That’s the starting point,” says Baik. “So, why not try to recruit a larger talent pool.”

Baik is also an air officer commanding at the Prep School, mentoring cadet candidates in many areas to include academics, athletics and military training.  Being involved in the Early Path to Wings program also allows him a chance to show cadets why the lessons they learn on campus are crucial in the Air Force.

“It affords me some credibility when it comes to talking about real world application of the fundamental lessons we’re trying to teach them: timeliness, integrity, being leaders of character, the reason why honor matters,” said Baik. “The Air Force is going to trust you as an aviator with a multimillion-dollar asset.  The American people are going trust you with that aircraft…they need to be able to trust you.”

The Prep School incorporates that trust in the competitive application for the private pilot certification portion of the program. This year 65 cadet candidates applied for 15 slots. Each slot represents a $10,000 investment in the private pilot certification. Completing that certification also gives those students the credentials required to try out for Academy’s flying team. Cadets who compete on the flying team are well prepared for flight training once they commission into the Air Force. That’s something Dague says many of these prep school students hadn’t even dreamed of before arriving at the Academy.

“They came here because they want to serve, but also to figure out their ‘why’ and their passion,” explains Dague. “We need to expose them to different career opportunities and maybe through Early Path to Wings they’ll find their ‘why’ is aviation and now can start seeing themselves flying a bomber, mobility or fighter aircraft whereas before that wasn’t in their scope of view.” 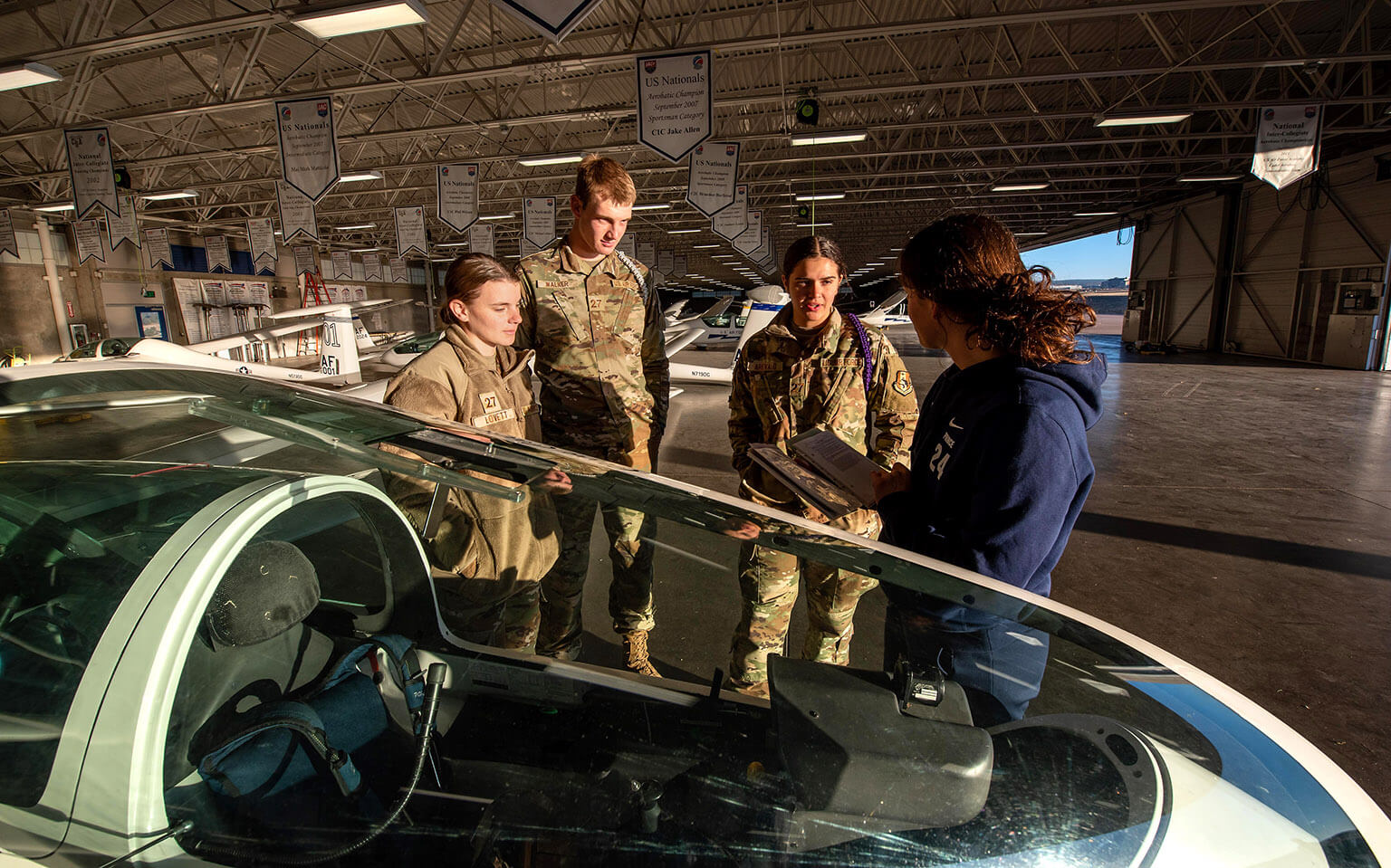 Because the program is only in its third year, the earliest participants are in their first or second year at the Academy and have not been assigned their career field yet. However, both Dague and Baik say based on the excitement they see when cadets participate in the program, they’re hopeful that will translate to the commitment it takes to become a pilot in the Air Force.