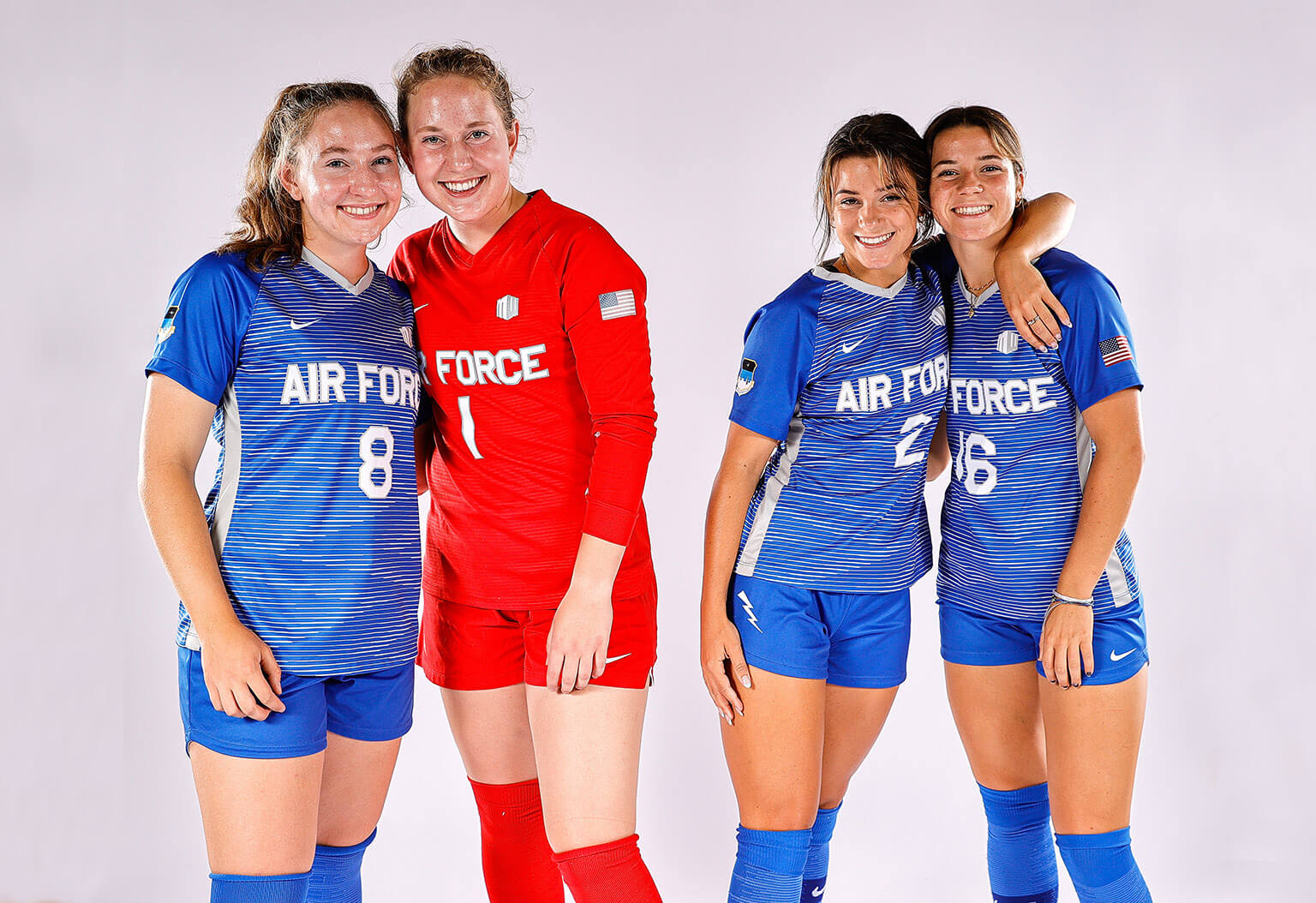 U.S. AIR FORCE ACADEMY, Colo. – Next time you watch a women’s soccer game at the Academy, you may find yourself seeing double.  That’s because there are two sets of twins on the team and all four women have started each of the first three games this season.

Cammi and Cassi Bych, Class of 2024, both joined the lady Falcons as walk-ons their freshman year.  And while they had a pact to attend the same college, what if only one had made the team here?

“We both always wanted to play college soccer,” said Cassi. “We wouldn’t have stopped either of us if it was just one of us who made it. We only want the best for each other.  But we’re so happy we get to play together.”

Meanwhile, Stella and Jenna Rubidoux, Class of 2025, were recruited to play here.  Stella was the first to show interest in playing for the Falcons because she says she also wanted to serve and be part of something bigger than herself.  Jenna jumped on board after realizing she might miss out on unique experiences and opportunities to grow.

As identical twins, Stella and Jenna say they sometimes confuse opposing teams when they play on the same side of the field, Stella as right defender and Jenna as right forward.  They use that to their advantage, along with the teamwork they gained through years of playing soccer together.

“I can just say her name and she knows what to do.” says Stella.

In true twin fashion, Jenna chimes in with a smile, “That’s telepathy right there.”

Although Cassi and Cammi are not identical twins, they also use their sisterly status to their advantage on the field.

“Since we have a special bond, we can dig into each other a little bit more than we could other players because I know it won’t affect our relationship.  So, I can get on her, bring out the scary side of me,” says Cammi.

“And then I get irritated,” says Cassi.  “That’s just how it works.”

The Falcon women hope the twins’ special connections give them an edge this year on the field. They notched their first win of the season against Army last Friday in their home opener.

Last year, the women’s soccer team defeated both Army and Navy on the road. All four women say beating the other service academies is extra special, especially because both games were shutouts for goalkeeper Cammi, and Jenna scored the game-winning goal against Navy with her family watching, including her uncle, a Navy officer.