Skip to the main content
For All Who Serve

The mission of the Cadet Honor Guard is to honor our fellow cadets, graduates, and service members with pride, respect, and dignity for sacrificing their lives and serving this great nation.

The Cadet Honor Guard was originally founded in 1974 as a fourth class cadet drill team. The team has since expanded to perform many varieties of ceremonies for the U.S. Air Force Academy and the public at large. Whether hoisting the flag for morning reveille or performing a solemn funeral duty, each member is responsible for paying the closest attention to detail so that the proper respects are paid to those intended. Their performances include:  reveille and retreat, color guard, posting and retiring of colors, flag folding, flag flying, funeral details, ceremonial cannon detail, TAPS vigil, performance teams, parades, and wedding saber arches.

Due to their precision and versatility, they are quickly gaining recognition beyond the military by performing ceremonial details and winning exhibition drill competitions all over the nation. They serve the local and national communities by providing an opportunity for the public to see the discipline and precision that cadets gain while attending the Academy.

The Cadet Honor Guard takes pride in its rigorous fourth class training. Volunteers must join the team during their fourth class (freshman) year and then complete a semester of demanding training that entails learning the many functions of the team. Throughout the daily practices, cadets become experts of military bearing, parade rifle drill, and executing the team’s vital functions, such as reveille and retreat.

Many of the Cadet Honor Guard’s duties are highly visible to the public and carry a great deal of meaning. As a team of volunteers, each member has a servant mindset that prioritizes others above themselves. The Cadet Honor Guard participates in several large parades and events throughout the year, conveying to the public that the U.S. Air Force Academy is dedicated to our community and our nation. 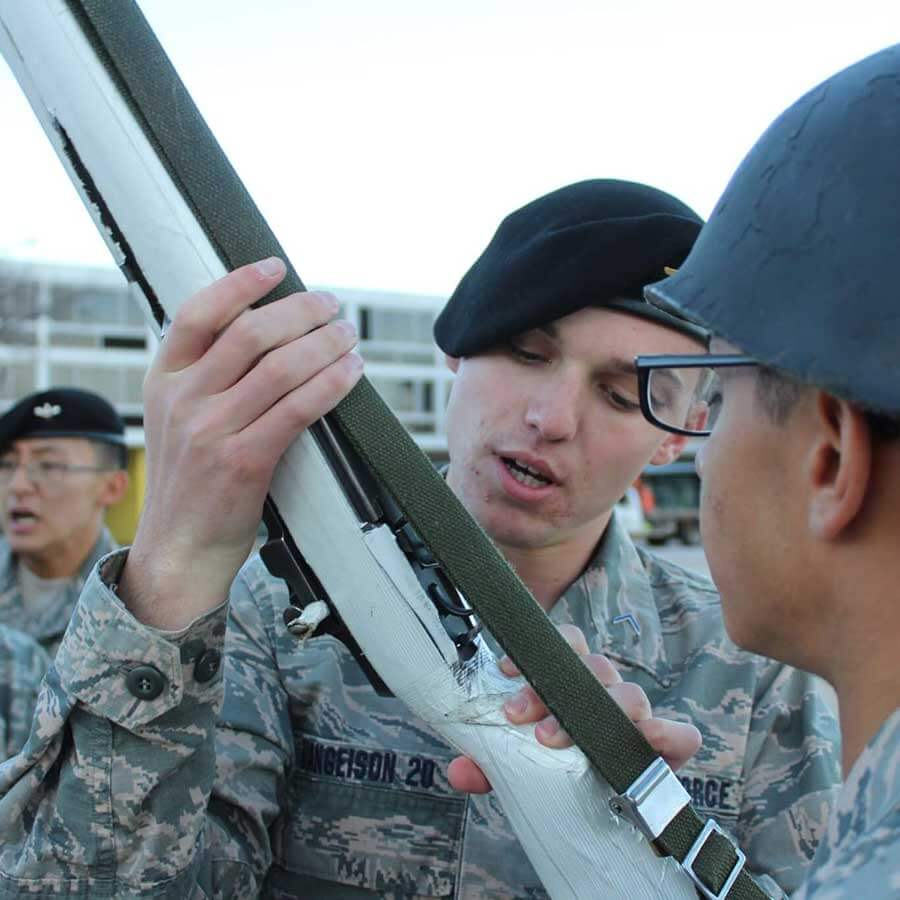 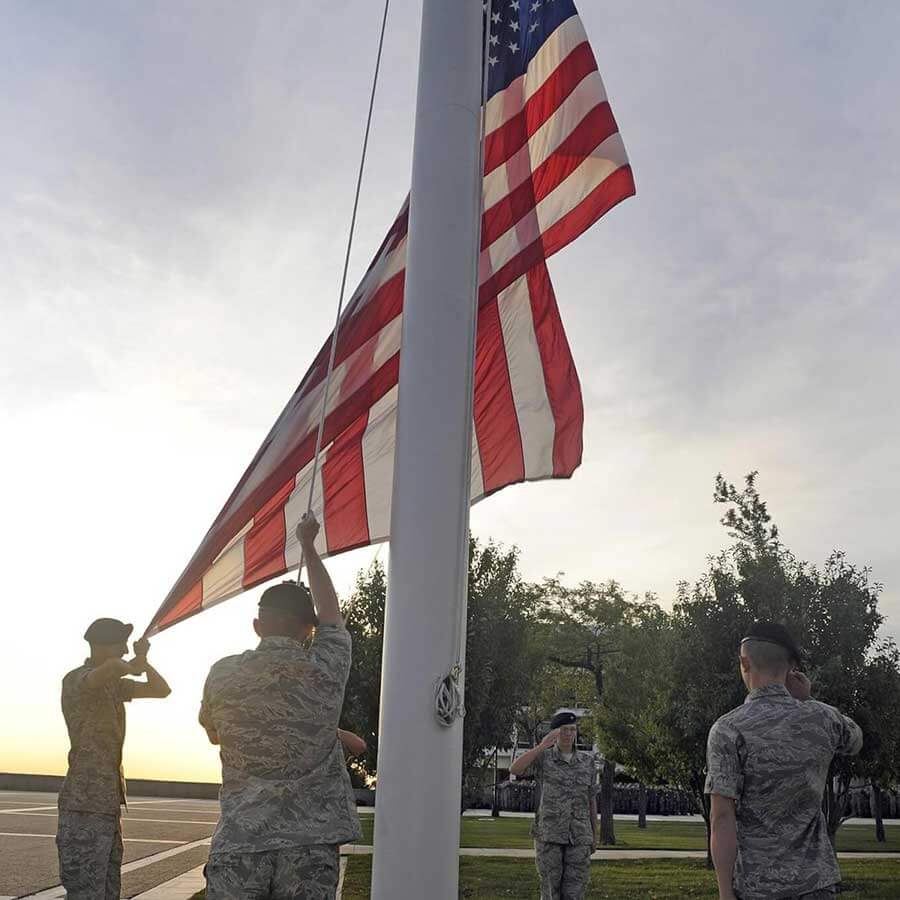 The Cadet Honor Guard raises the flag over the U.S. Air Force Academy for reveille. 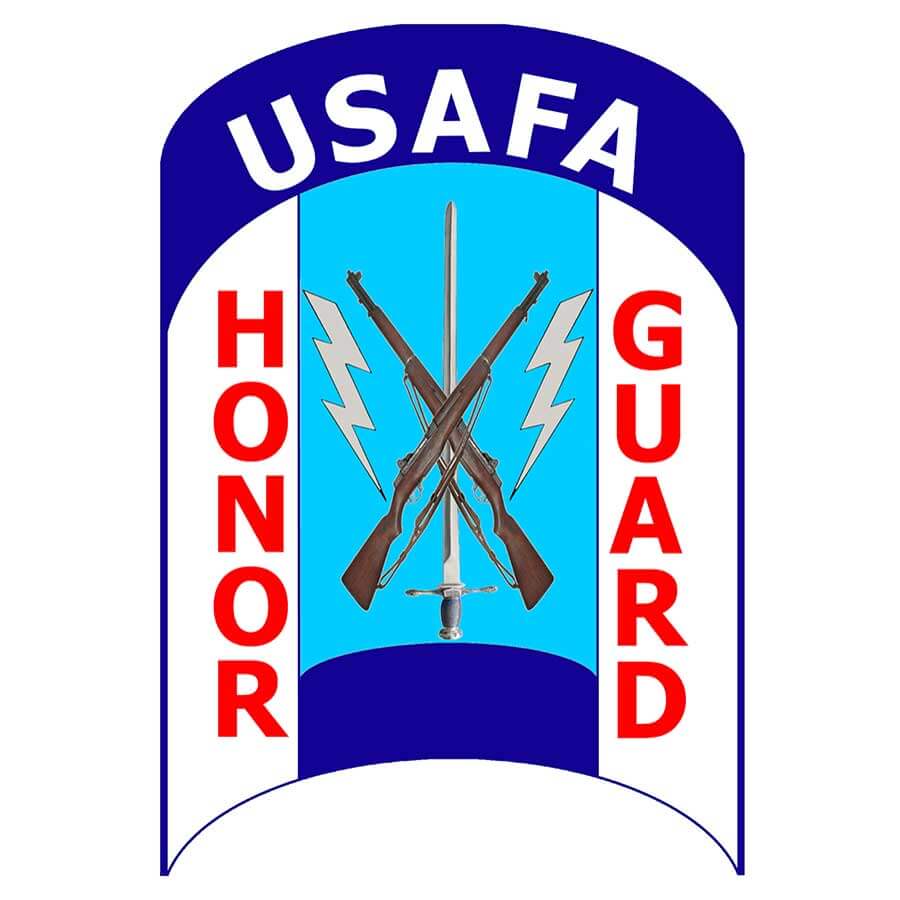 The patch of the Cadet Honor Guard is worn on the Athletic Jacket of all team members once they complete their fourth class training.