Basic cadets march back from Jacks Valley with Academy graduates 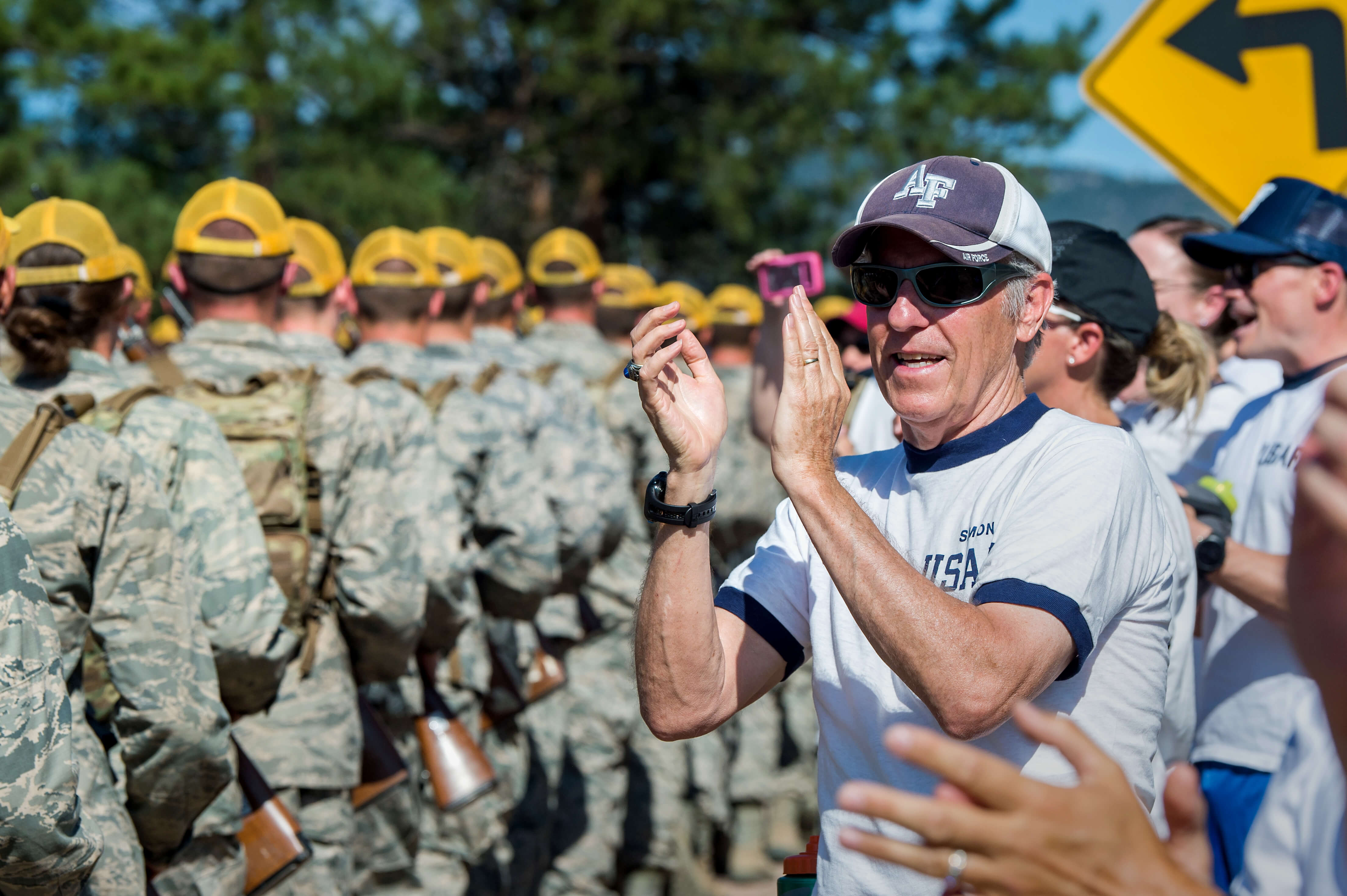 U.S. AIR FORCE ACADEMY, Colo. — Basic cadets from the Class of 2023 marched back from Jacks Valley to the main Academy campus today after completing field training.

During field training, cadets honed the mental, teamwork and physical conditioning skills critical to becoming fourth class cadets in the Cadet Wing. Among other rigorous demands, they tackled the challenges of the leadership reaction course and ran the confidence and assault courses. They also conducted first aid and combat arms training.

“The skills and abilities you’ve garnered over the past 34 days are invaluable and will be needed during your time here at Air Force Academy and as an officer in the Air Force,” said Lt. Gen. Jay Silveria, Academy superintendent.

Academy graduates were invited to march back with the cadets for the first time this year. Nearly 200 graduates representing classes ranging from 1961-2019 joined the formation during the five-mile trek. Also on hand, more than 60 graduates from the Class of 1959, the Academy’s first graduating class.

Silveria touched on the Long Blue Line, and the role it would play in helping the cadets succeed at the Academy and in the Air Force.

“You, along with 1,138 men and women, have embarked upon an unforgettable journey,” he said. “As you have experienced already, the men and women who stand beside you are your teammates. I went through BCT myself in 1981 – about 38 years ago – and I can tell you that I’m still in touch with many of my classmates who I went through this experience with.”

After the march concluded, graduates mingled with cadets from the Academy’s newest class to congratulate them on their hard work at Jacks Valley and reflect on the toughest moments from the graduates’ time in BCT.

“This has been such a neat opportunity for us,” said Tamaron Nicklas, a 1986 graduate and former KC-135 pilot, who was joined by her husband, a 1985 graduate.

Nicklas wished the cadets luck and advised them to stay focused and stick together.

The basic cadets will spend the next few days wrapping up BCT with additional training in the Cadet Wing, then end this first phase of their tenure at the Academy with the Acceptance Day parade Aug. 6. 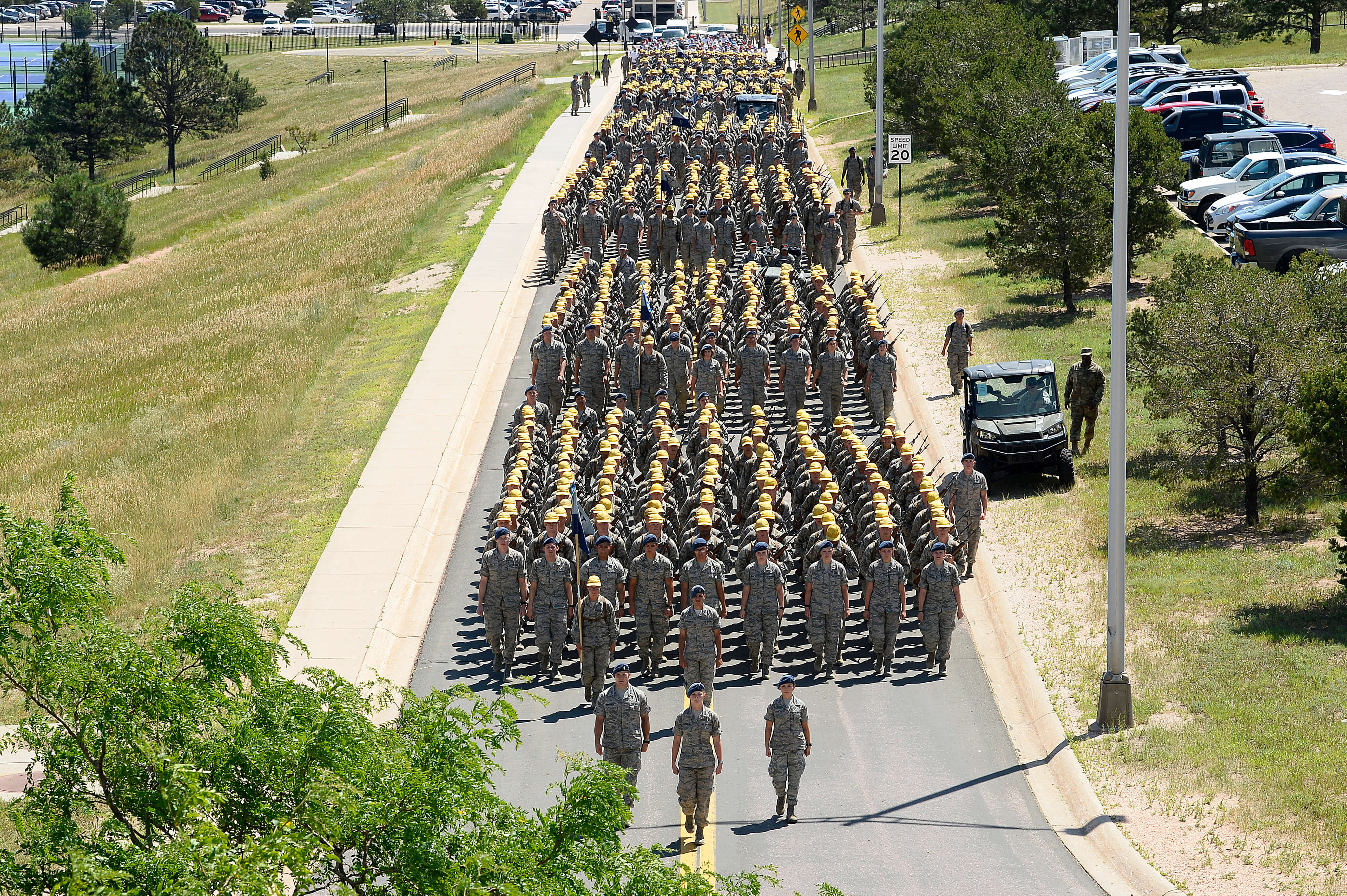 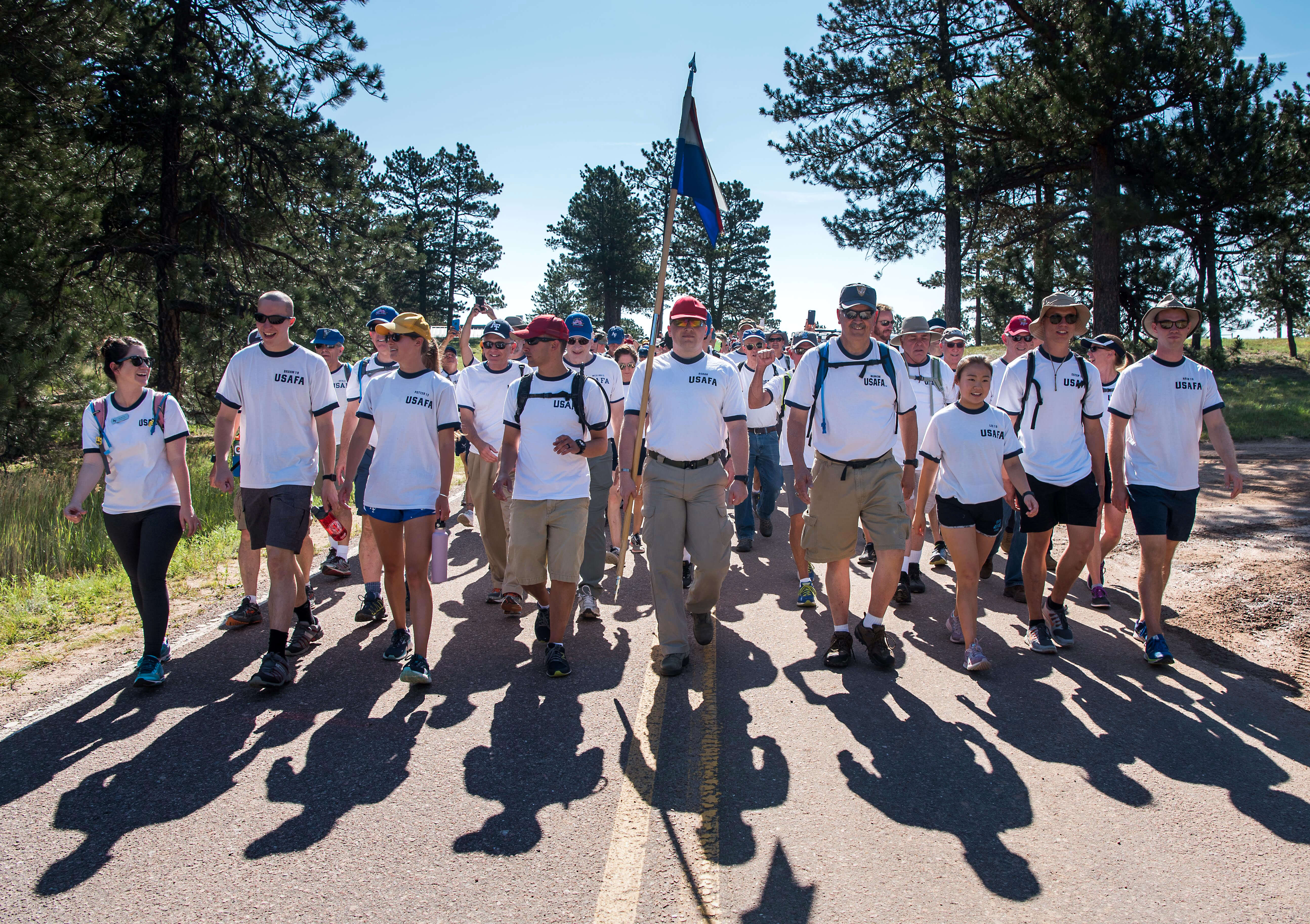 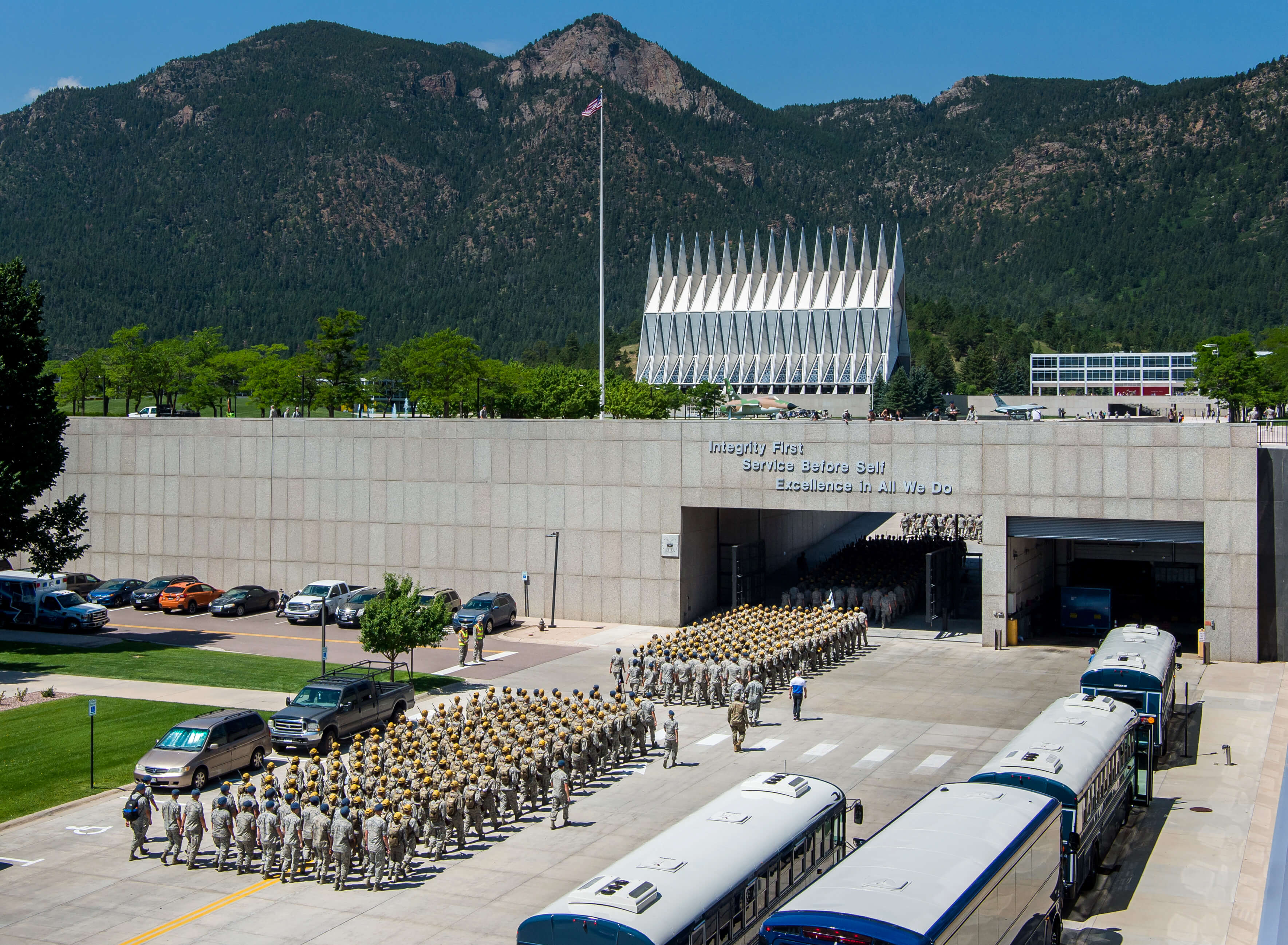 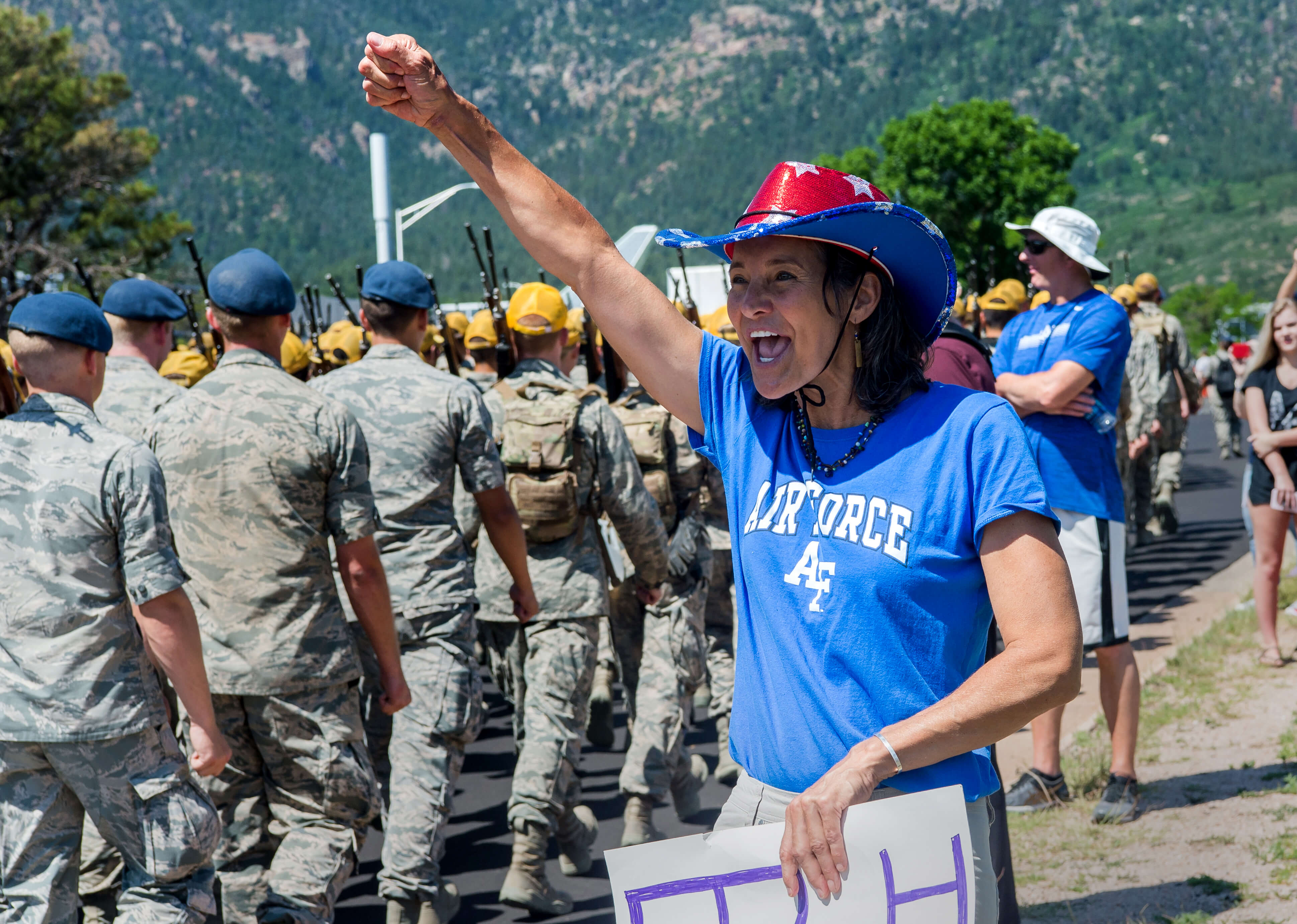 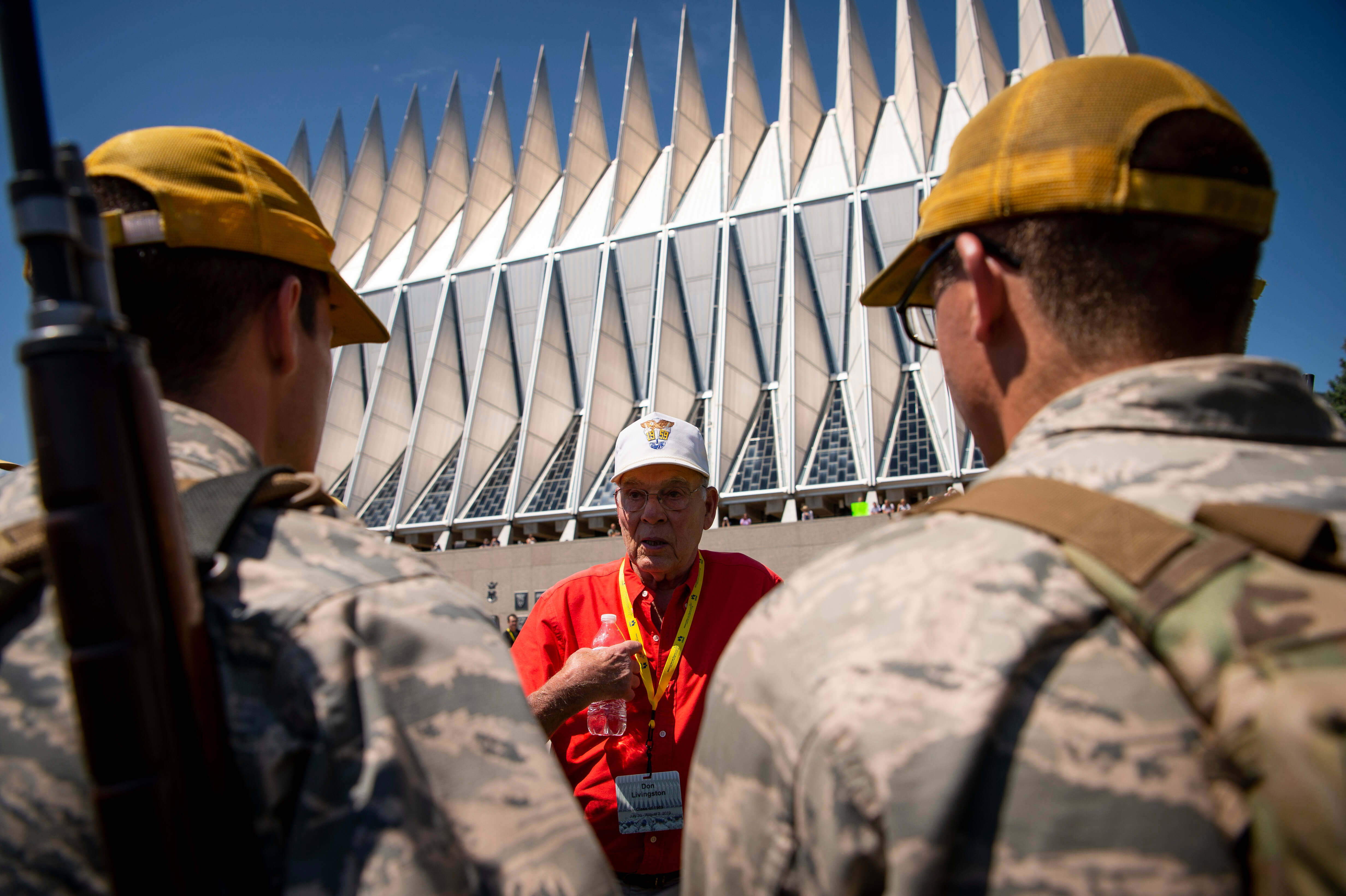 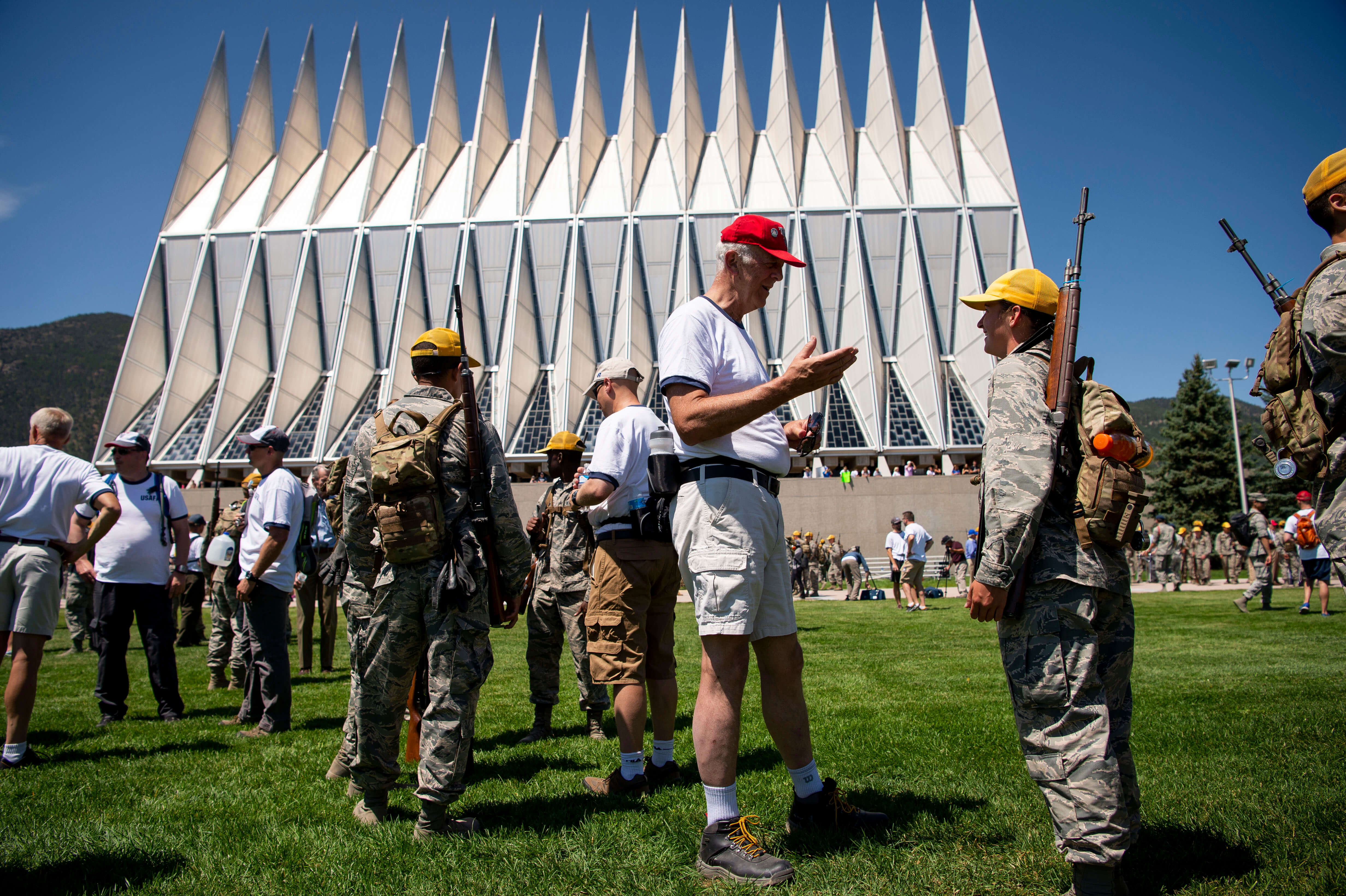