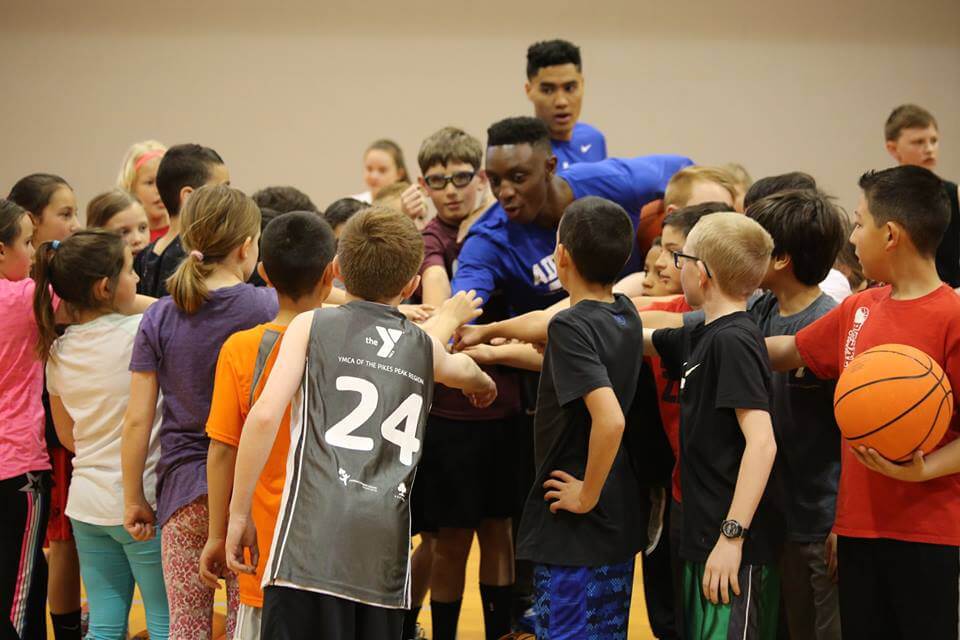 The purpose of the free clinic was to provide local youths with an opportunity to learn basic basketball fundamentals while getting to know the basketball players and coaches, said Brian Vamos, an Air Force Athletics representative.

“Interacting with the local community affords us the opportunity to not only put our cadet athletes in positions to develop as mentors and servant leaders, but it also allows us to bridge the gap between the Academy and the Colorado Springs community,” Vamos said. 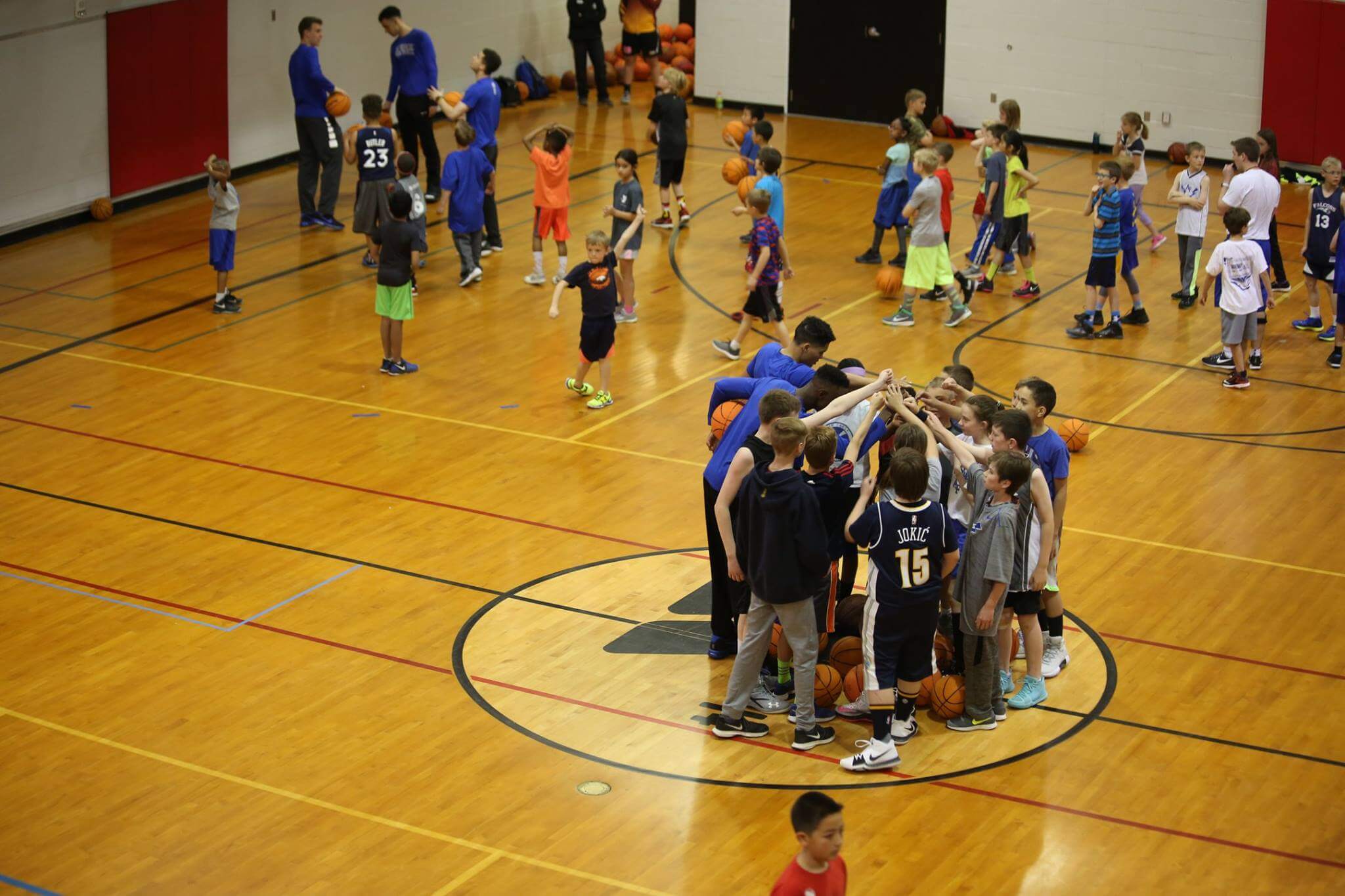 The clinic is part of the Air Force Athletics’ partnership with the YMCA of the Pikes Peak region. Over the years, the partnership provides children enrolled in YMCA programs the opportunity to explore of recreational and competitive sports, connect with role models and gain confidence by playing as YMCA “Junior Falcons.”

One of those role models is Cadet 3rd Class Lavelle Scottie. The 6’6 power forward who led the Falcons in scoring last season, said that he hopes to create his own youth program to support children from all walks of life.

“The thing that sticks out the most to me is when I put a smile on a kid’s face,” Scottie said. “We’re trying to make a difference is someone’s life because someone has done that for us. Without those people in our lives to guide and help us, most of us wouldn’t be in the position we are in today.”

Vamos said the children had great time learning basketball skills from cadets-athletes and also getting to know them on a personal level.

“Sports provide for a common medium for all walks of life, so the initial interest from all the kids was already there,” he said. “One of the main things that helped foster the positive relationship with them was seeing that our cadet-athletes genuinely cared about them” 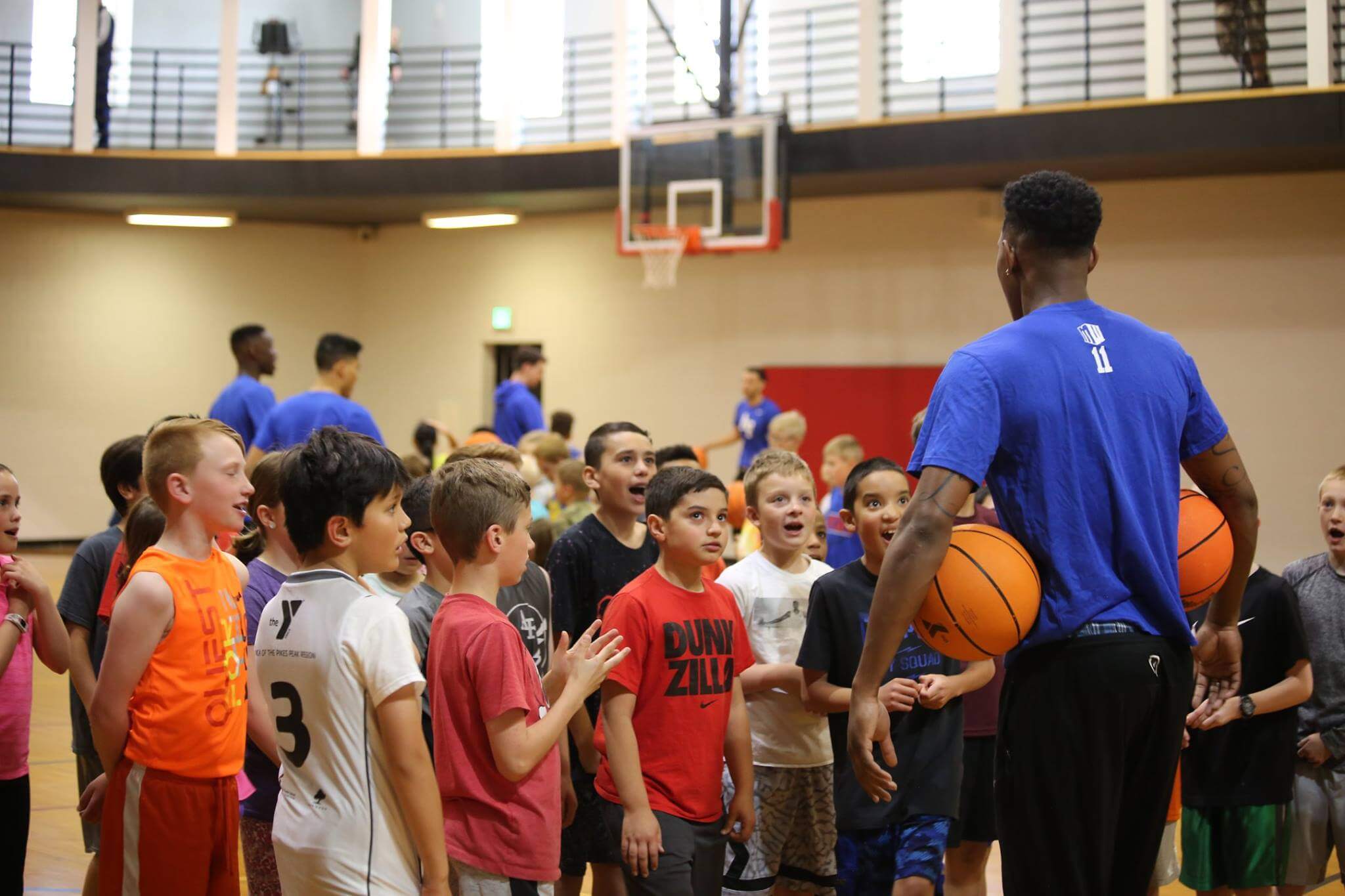 Vamos advocated for cadets to find something they’re interested in and turn that into a community service venture.

“Time is a hot commodity at the Academy as cadets are constantly being pulled in several directions by military leadership, athletic coaches, academic instructors, etc., so the fact that cadets volunteer during their limited personal time off shows how much the value of servitude resonates with them,” Vamos said.

“The most important part of volunteering is not to get recognition because we have volunteered,” he said. “It’s to help make an impact or change a life, whether it is an adult or a young child.

Learn more about athletics at the Academy and Air Force men’s basketball.