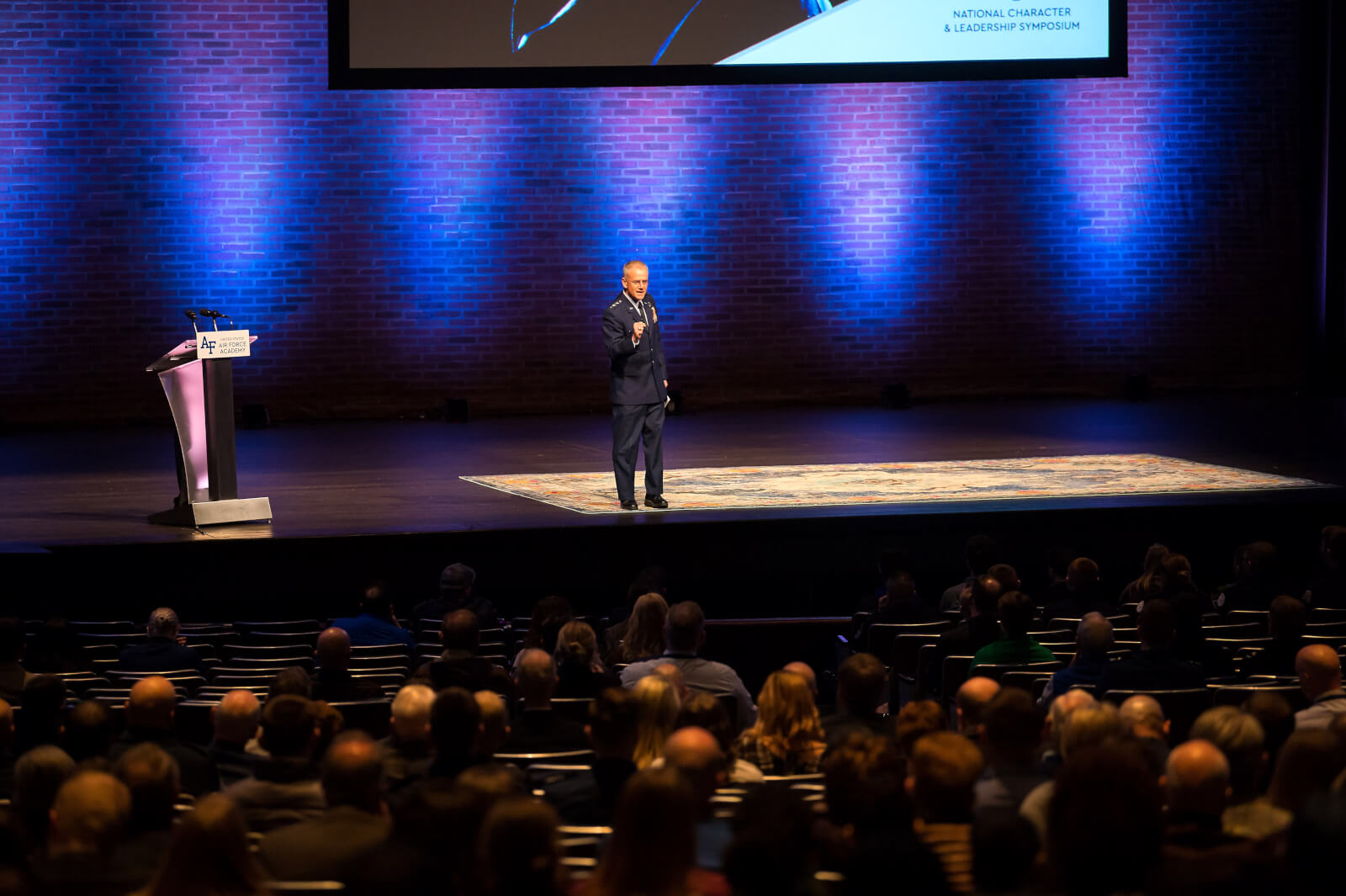 “It’s vital to our future success as an Academy, an Air Force, a military and an American Society,” said Silveria, the Academy’s superintendent, at the symposium’s opening ceremony.

The NCLS brings scholars, military and academic leaders, corporate executives and athletes together to speak about honorable living and leadership.

The two-day symposium provides an opportunity for cadets, Academy staff, university students, faculty and community members to hear diverse speakers and take part in group discussions. The goal of this year’s event is to inspire audience members to examine their identities as human beings and the identities of others to foster constructive engagement.

“In the military, if you look around, what do you see? Uniformity – it’s part of our culture and it’s by design,” Silveria said. “We wear uniforms, march in unison and fly in formation, but the truth is that while we may look similar, we don’t all come from the same place.

“We come from every corner of this incredibly diverse country – from different family backgrounds, cultures and upbringings. Ethnically and racially, we are all incredibly different.”

“Diversity weaves a fabric across the Academy, this Air Force and now the Space Force,” he said. “Diversity makes us more effective, more innovative and more resilient.”

“The symposium’s central purpose is to provoke questions that lead to better character and leadership,” Brig. Gen. Linell Letendre, the school’s dean, said before the event.

“The NCLS is about challenging ourselves,” she said. ‘”It’s about spending two days looking at the world through someone else’s lens.”

Silveria encouraged the cadets and others in the audience to listen to a speaker you know you’ll disagree with.”

“Challenge yourself,” he said. “In so many areas of the human condition, we do not come from the same place and we’re not always ready to hear each other’s stories. Opening our minds to ideas we haven’t previously considered is part of the essence of education.”

— Doctor Anne Rizzo-Fantini, governor for the American College of Surgeons

The event also features an athletic panel and a human condition panel.