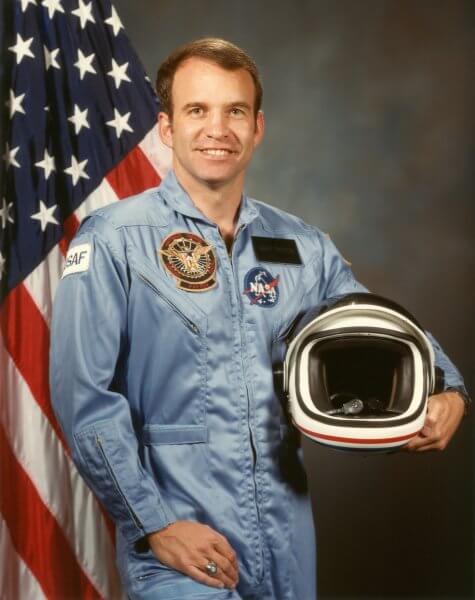 U.S. AIR FORCE ACADEMY, Colo. — What does the Air Force Academy have to do with man’s first flight to the moon?

A lot, actually, if you ask Gary Payton, a NASA astronaut and distinguished visiting astronautics professor at the Academy.

“We’re preparing cadets for a space domain that has transitioned from a sanctuary – pretty much since the Apollo era – to what is now considered a warfighting arena,” he said.

FalconSAT-8 will carry a new thruster and other Defense Department experiments. Payton said programs like these are part of a growing number of space efforts involving cadets.

Payton was on the all-military crew for the Space Shuttle Discovery’s STS-51C mission, which launched Jan. 24, 1985. The three-day mission was the only time Payton left the Earth’s orbit.

Payton said it’s no surprise there’s a renewed interest in space, especially as July 20 marks the 50th anniversary of the Apollo 11 mission.

“The mission led to a wave of interest in [related fields] as well as the development of new technology like the computer microchip,” he said.

Payton said President John F. Kennedy’s directive to reach the moon by the end of the 1960s’ created the drive for the U.S. space program.

“It’s been said John Kennedy reached into the 21st Century and that’s really true,” he said.

Since his space flight, Payton has regularly been consulted by senior government officials to discuss the development of a space force or unified space command.

For all this, the 1971 Academy graduate said teaching cadets is close to his heart. He said today’s cadets are far more advanced than he and his classmates ever were.

“The amount of experience cadets get in all phases of engineering from designing to hands-on building and managing satellites in orbit is about equal to what I had as a captain,” he said.