Academy officer to be promoted to brigadier general 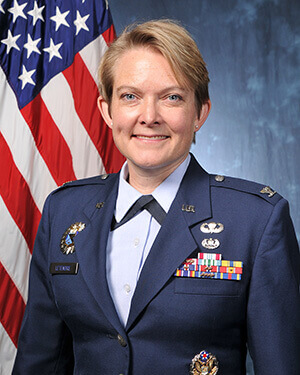 The confirmation was announced Sept. 26.

Letendre has also been selected to be the Academy’s dean, a position she will officially assume Oct. 17.

“I am both awed and excited about the opportunity to lead our amazing faculty and staff as the 11th dean of the faculty,” Letendre said. “As Academy educators, we remain committed to graduating officers with the leadership capabilities and sophisticated thinking that will revolutionize future warfare.”

The Academy announced April 26 that Letendre was the remaining finalist in the selection process for dean. That announcement followed an exhaustive panel process, in coordination with Air Force senior leaders, in which more than 40 applicants were vetted and evaluated.

“Colonel Letendre is an outstanding leader and scholar,” said Lt. Gen. Jay Silveria, Academy superintendent. “I am confident that under her guidance as dean, our Academy will continue on the path toward academic excellence and achievement.”