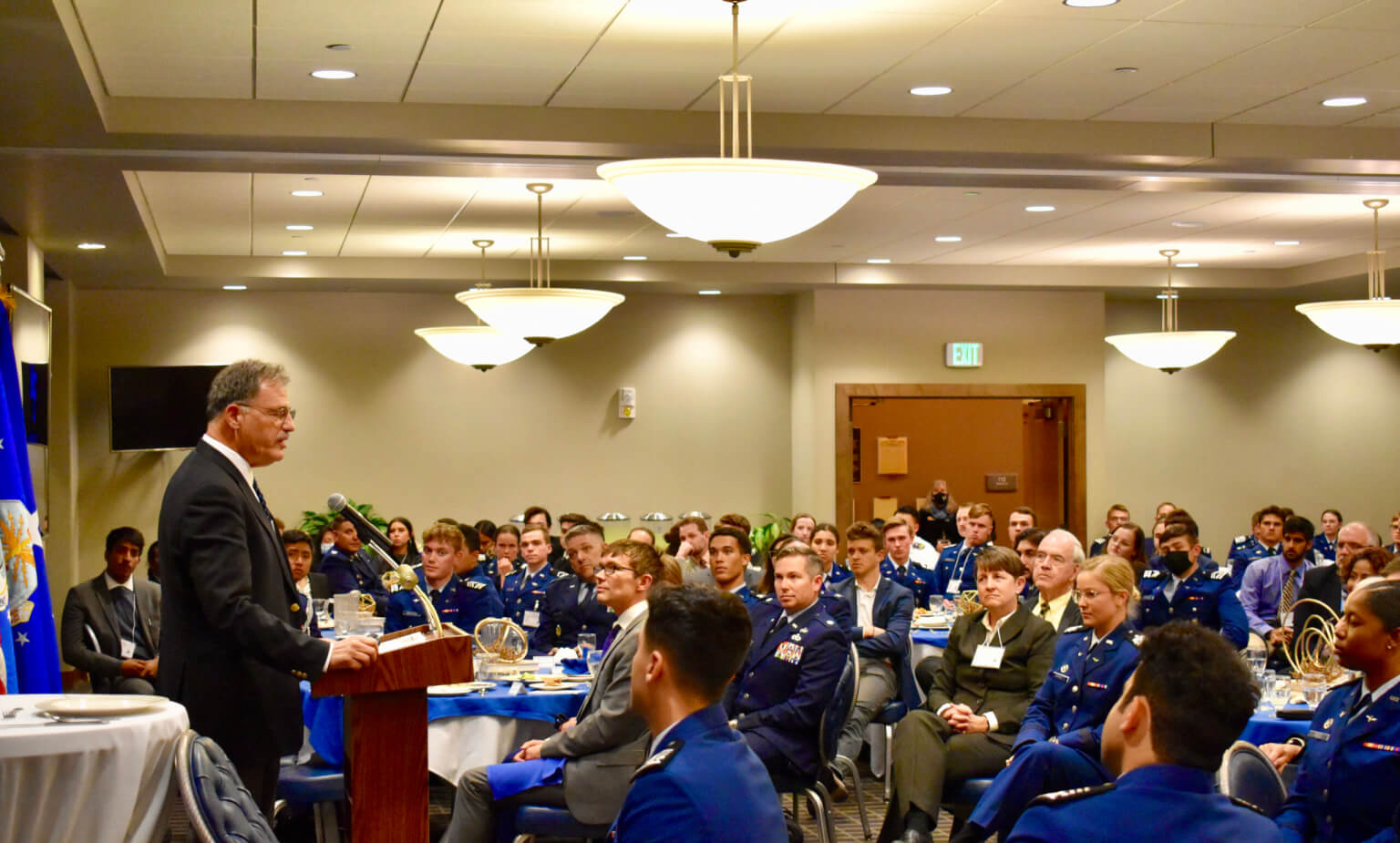 U.S. AIR FORCE ACADEMY, Colo. – The top officer at the Air Force Academy said conversations some deem controversial in some circles will be not be ignored in academic settings at the school and advocated for respectful, open dialogue, Oct. 14.

“We’re not shying away from tough topics and that makes me proud,” Lt. Gen. Richard Clark said while introducing the Harry S. Truman Lecture at the Academy Assembly, an annual forum hosted by the school’s political science department, that night. “Our nation is grappling with some serious, hot topic issues and civil discourse is incredibly important to our democracy.”

The lecture’s keynote speaker, Larry Diamond, didn’t mince words either, saying an established global trend toward autocracy poses threats to the U.S. and other liberal democracies.

The senior fellow at the Hoover Institution at Stanford University, California lecture centered on the worldwide decline of freedom, deteriorating rule of law; the increase in polarization fomented by social media; an authoritarian resurgence; and bad actors around the world using misinformation to bolster their own power.

Further heightening the geo-political stress, the Chinese are capitalizing on long-term investments to expand their military sweeping levels.

“The authoritarian power surge in China is an existential threat,” Diamond said.

“Democracy is being ravaged,” he said, also telling cadets “egalitarianism and fairness” has been swapped for a “mafia mentality” in many countries, and the U.S. must set a better example of democratic values if it wishes to maintain its seat as a global leader.

Diamond, also a professor by courtesy of political science and sociology at Stanford, heads the Hoover Institution’s programs on China’s Global Sharp Power and Taiwan in the Indo-Pacific Region. He said the U.S. is “once again in an existential struggle for tyranny against freedom.”

“This is really serious,” he said. “If we get it wrong, it’s devastation.”

Diamond said he appreciates the grassroots movements formed over the last four years that have sparked discussions on gender, racial equality and respectful discourse. He commended cadets for promoting respect, tolerance and inclusion, which in turn, he said, promotes democracy.

“One of the things that gives me hope is you,” he said.

Diamond is also the founding co-editor of the Journal of Democracy and serves as senior consultant at the International Forum for Democratic Studies of the National Endowment for Democracy.

“Our mission is to educate, train and inspire men and women to become officers of character,” Clark said. “We are building an Air Force and Space Force reinforced and strengthened by inclusion and diversity of thought. We cannot do this without exposing our cadets to a wealth of diverse viewpoints. At the Air Force Academy, we teach cadets how to think, not what to think.”