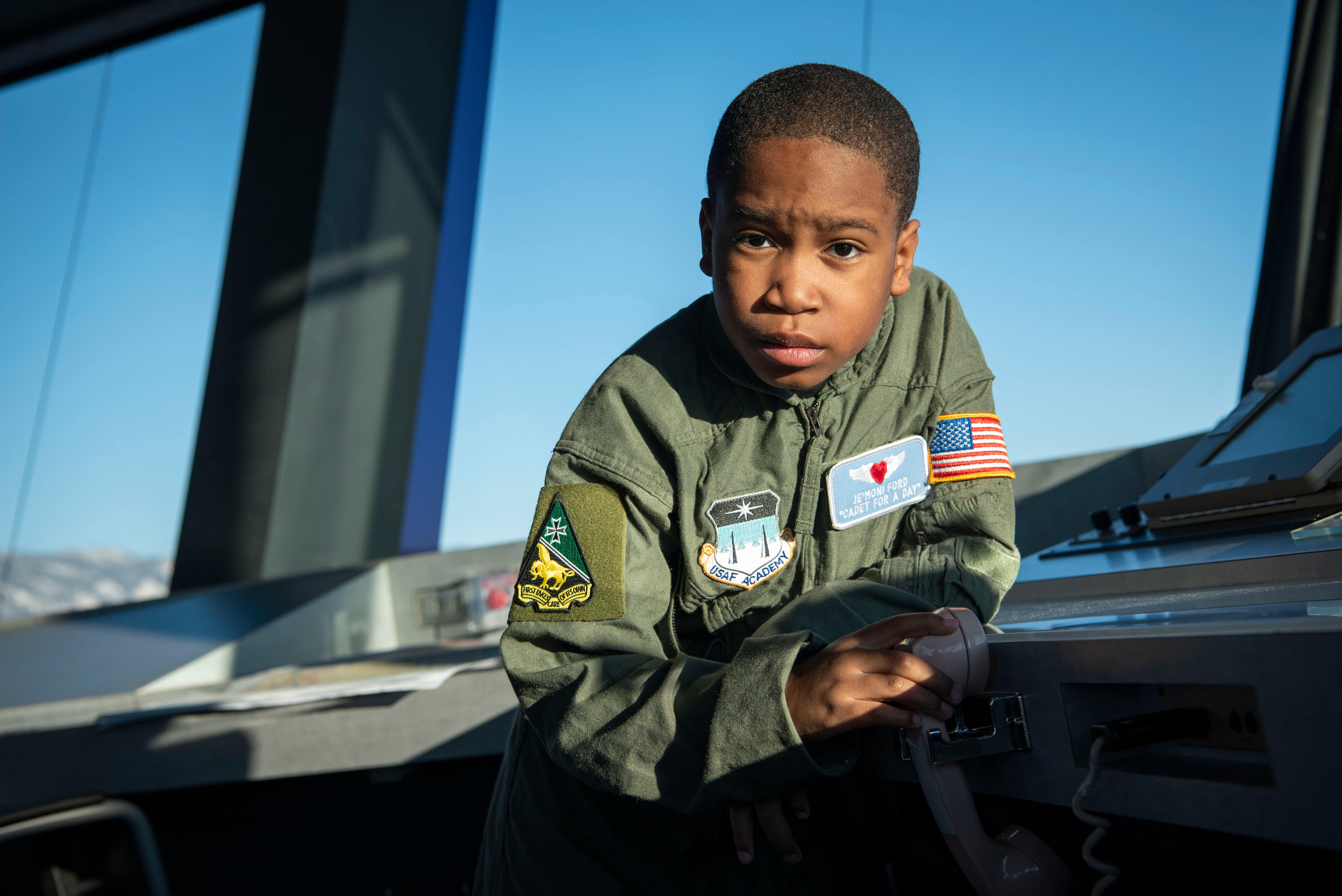 Two years ago, his parents noticed something on his ring finger, which his doctor initially mistook for a friction blister from his drumsticks. It turned out to be Sarcoma, an aggressive form of cancer.

Je’Moni endured six surgeries to remove the cancer and reconstruct his hand. He had to relearn how to tie his shoes. But he never gave up on playing music.

“Je’Moni is full of energy and life,” said Shameeka Ford, his mother. “He never misses an opportunity to entertain. If there is an audience, he is going to perform.”

Since 2000, the Academy has partnered with the Make-A-Wish Foundation to host children like Je’Moni and their families as part of its Cadet For a Day program.

“I feel very lucky to be a part of this program,” said Cadet 1st Class Jacob Volin, one of the senior cadets in charge of the program. “A consistent theme for me, after participating in ten of these events, has been the way these families embrace each other and tackle these [illnesses] full force. It’s inspiring and fulfilling to be involved with that.”

The Fords toured the airfield, visited the fire department, tested virtual reality equipment, and participated in a theater skit.

Shameeka said it was the perfect just-in-time present for her son ahead of his tenth birthday, and a chance for them to pass on a bit of the military experience to their children. Several members of the Ford family are veterans, including both Je’Moni’s grandfathers.

“We are so blessed to have this opportunity, and to be the parents of this young man, who makes every day an adventure,” she said.