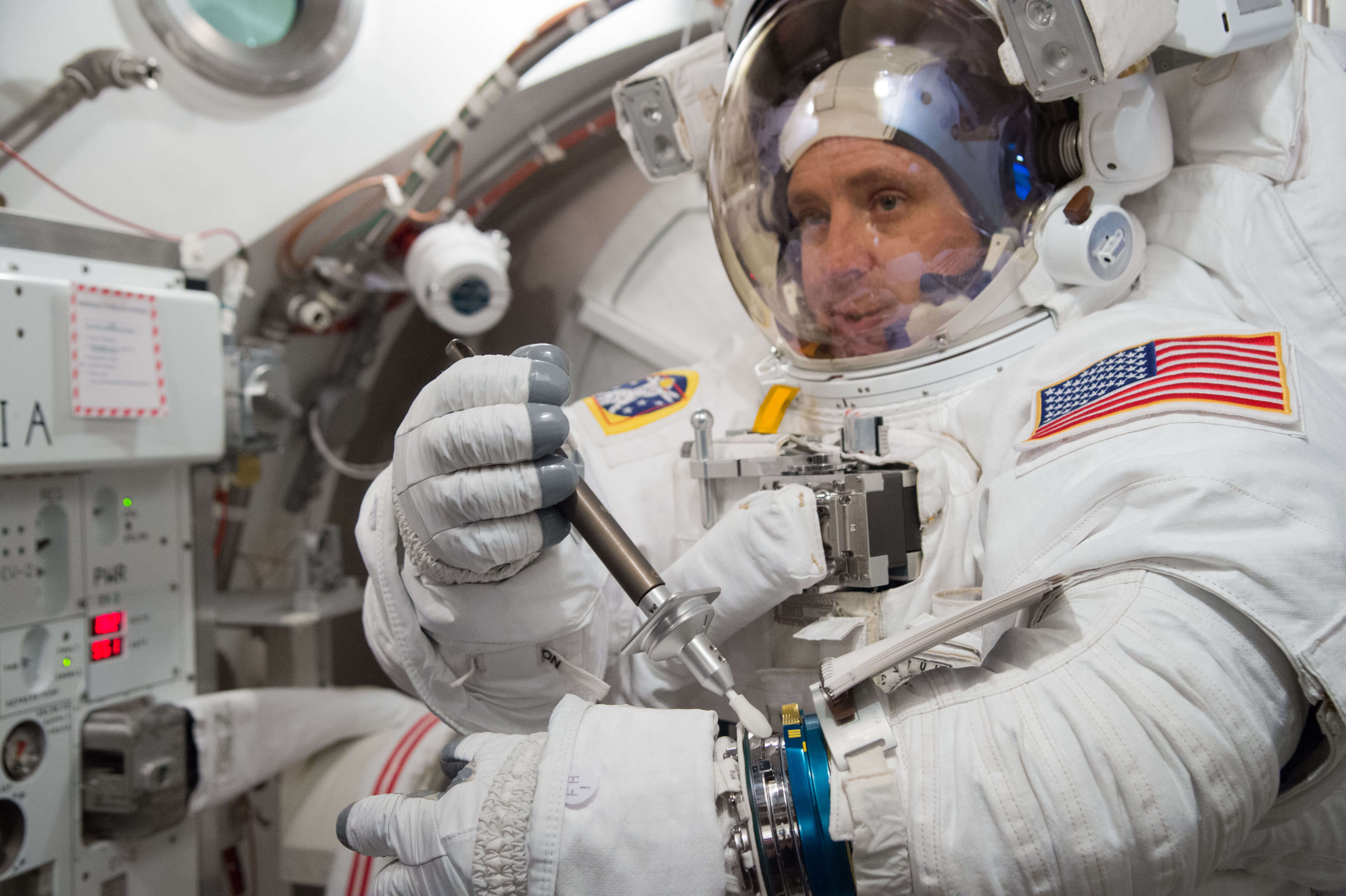 An Air Force Academy graduate traveled to the International Space Station April 20 to conduct research NASA hopes will eventually lead to a mission to Mars.

Astronaut Col. Jack Fischer made the six-hour flight to the station, more than 200 miles above the Earth, with cosmonaut Fyodor Yurchikhin of Roscosmos, Russia’s State Corporation for Space Activities, aboard the Russian-made Soyuz MS-04 spacecraft.

Lift-off was just after 1 a.m. (MT), from the Baikonur Cosmodrome in southern Kazakhstan, the world’s first and largest operational space-launch facility.

When Fischer and Yurkchikin reached the station, they joined the astronauts and cosmonauts of Expedition 50-51, and will take part in hundreds of biological, biotechnology, physical, and Earth-science experiments. They’re scheduled to remain on the station until September.

Fischer and Yurkchikin will be alone for two months aboard the station, as Expedition 51 commander Peggy Whitson, Cosmonaut Oleg Novitskiy of Roscosmos, and European Space Agency astronaut Thomas Pesquet, are slated to return to Earth this summer. Fischer and Yurchikhin will share the workload left in the wake of the departing crew members.

“If the schedule stays the same and we’re alone for two months, we’ll be working pretty hard to get things done,” Fischer said. “Luckily, we work really well together and I don’t see any problems. It will be a higher workload, but we can handle it.”

Fischer said his childhood dream of becoming an astronaut led him to the Academy, to the flight line and into space. He’s the 38th Academy graduate to become an astronaut.

“It started with a trip to see my grandpa as Johnson Space Center when I was six, but it has been cultivated by years of tireless family support, mentorship and friends who helped me along the way,” he said.

Fischer is the youngest of four children from a Louisville, Colorado family. The family’s business was construction.

“That’s where I developed the work ethic and sense of team that have guided my life,” he said.

After graduating from the Academy in 1996 with a bachelor’s of science in astronautical engineering, Fischer earned a master’s degree in aeronautics and astronautics from the Massachusetts Institute of Technology in 1988.

During two combat tours in Southwest Asia after 9/11, he was part of Operation Enduring Freedom and Operation Southern Watch over Afghanistan and Iraq. He graduated Air Force Test Pilot School at Edwards Air Force Base, California.

He returned to Edwards in 2006 as part of the F-22 Combined Test Force and 411th Flight Test Squadron, testing the F-22 Raptor. In all, Fischer has more than 3,000 flight hours in more than 45 types of aircraft.

I’ve done my best along the way to always take advantage of the opportunities I was given, to put the team first, and to do my absolute best at whatever my job was — whether digging a ditch, or flying an F-22,” Fischer said.

Fischer said he plans to make the best of the assignment at the International Space Station.

“I just want to see the Earth from my space station window and take photographs and hopefully learn from the experienced photographer on the station, Fyodor,” he said. “He’s taken some amazing photographs from the station over the last 20 years.”

The research conducted on the International Space Station is intended to enable long-term human and robotic exploration into space, including a mission to Mars. The station: