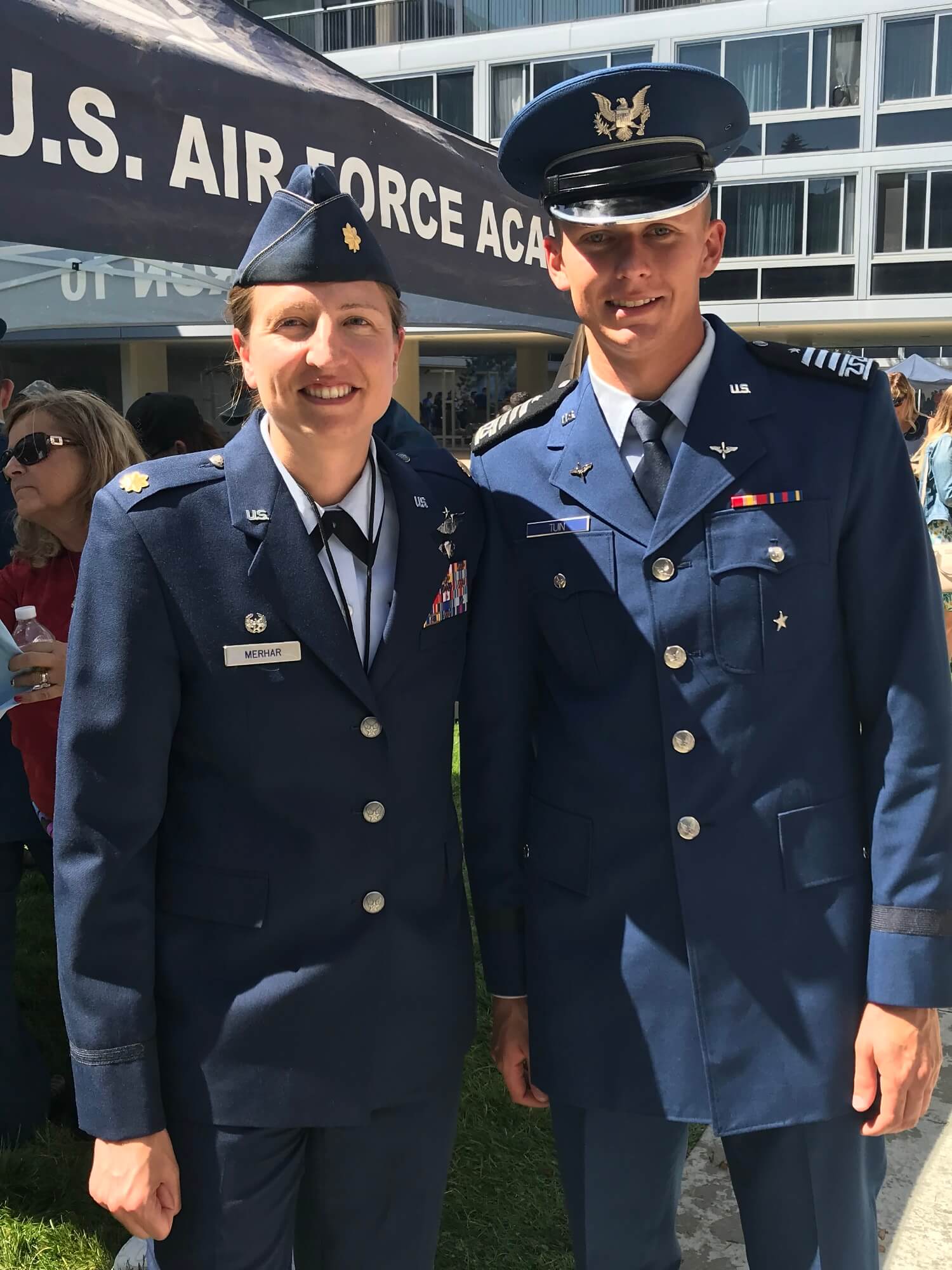 He was home from the Air Force Academy on winter break, and his symptoms continued to worsen. Tuin was concerned, but his initial thought was that he scratched his eye while snowmobiling the day before or had pink eye.

“I made an appointment with my ophthalmologist, who ran some tests, and she basically came back and said there was something going on with my optic nerve and while she didn’t want to jump to any conclusion it was a tell-tale sign of multiple sclerosis,” he said.

Multiple sclerosis is a chronic and often progressive disease in which the insulating covers of nerve cells in the brain and spinal cord are damaged. MS symptoms may include numbness, blindness, muscle weakness and fatigue. There is currently no cure for MS.

Tuin had long dreamt of becoming a pilot; he knew that would no longer be possible. He held out hope that further testing would not reveal MS because that diagnosis would end his Air Force career altogether.

“I just kept telling myself ‘you’re healthy, you’ll be fine, it’s not MS,’” he said. “I came back to the Academy, and after a series of MRIs, I was diagnosed with MS in February, and after that, my immediate concern became that I wouldn’t be able to graduate from the Academy.”

Tuin, with the help and support of Cadet Wing leadership, submitted a request to graduate without commissioning. He underwent the Medical Evaluation Board process to begin his medical retirement even as he completed the rest of his junior year and put in his name to become a cadet squadron commander in the fall.

He was home on summer break when he got the call that he would be able to complete his senior year.

“It felt a lot better getting that call than even the call when I was accepted into [the Academy],” he said. “Graduation is going to be the best day of my life.”

Tuin is on medication to treat his MS. He is largely asymptomatic; his vision problems limited to periods of high activity like workout sessions or rounds of golf. Tuin said it was important to him that no special exceptions be made for him at the Academy, and he doesn’t let his diagnosis hold him back from physical or military training.

His resilience has been a source of inspiration for Cadet Squadron 10, where he now serves as their cadet squadron commander. Tuin shared his diagnosis with his squadron mates shortly after taking over the role. In September, the squadron honored him by signing up for the MS MuckFest in Denver to support the National Multiple Sclerosis Society. Forty-four cadets and staff from the squadron raised more than $3,000 for the cause.

“Garrett’s story is truly one of making every day matter and never giving up,” said Maj. Toni Merhar, air officer commanding for CS-10. “My job as an AOC is not to have the cadets work for me. I work for them. And it was an honor to share that journey with him [to get the opportunity to graduate]; it was a big win for the whole squadron.”

Tuin will be medically retired the day after graduation. He plans to stay in the local community and pursue work in line with his management major.

“There was nothing I could have done to prevent this from happening, but I feel like I will represent the Air Force Academy and the Air Force with a lot of pride wherever I go from here – not as a lieutenant but still as a leader,” he said. 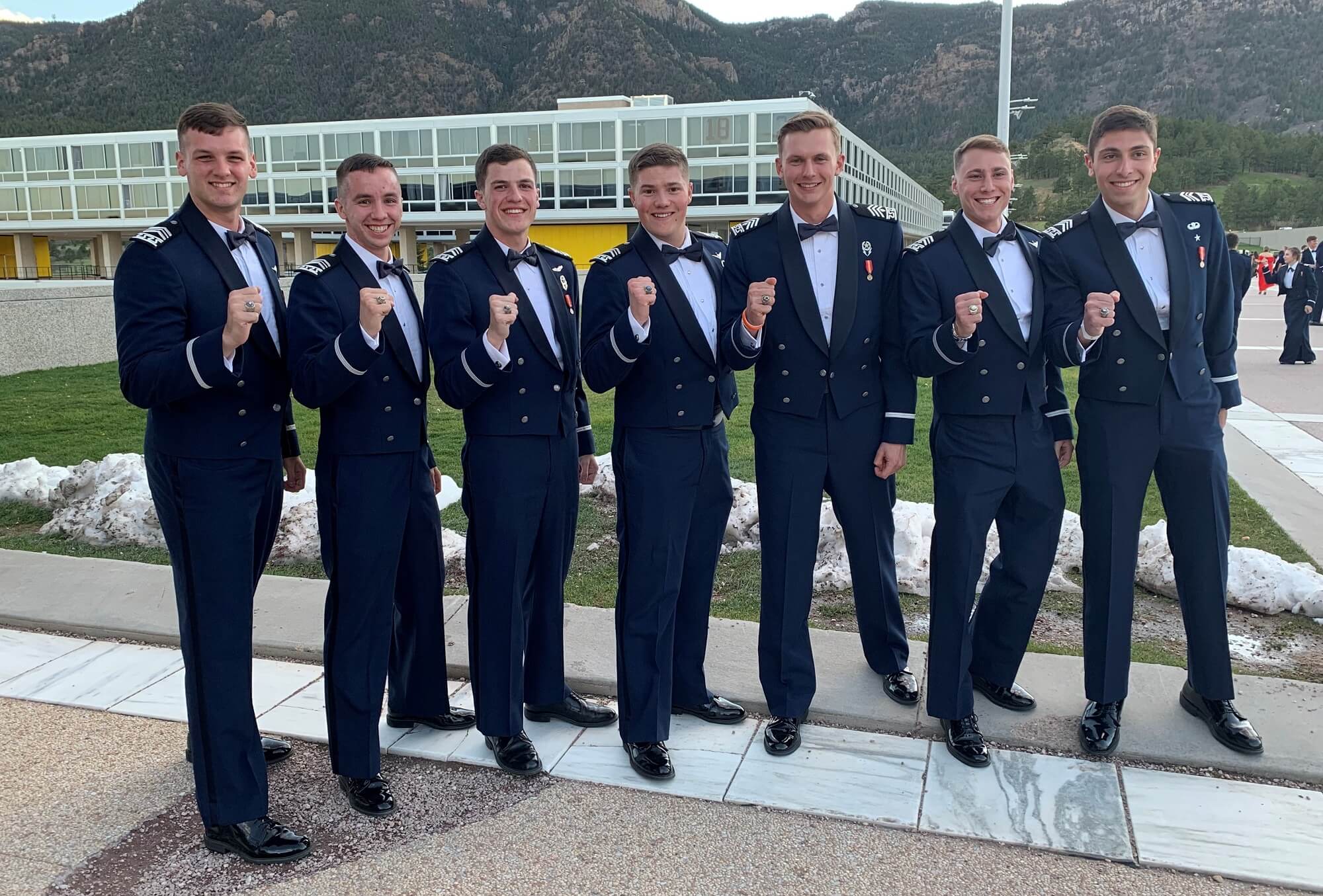 Tuin appears here during Ring Dance. He is third from the right. (Courtesy Photo)