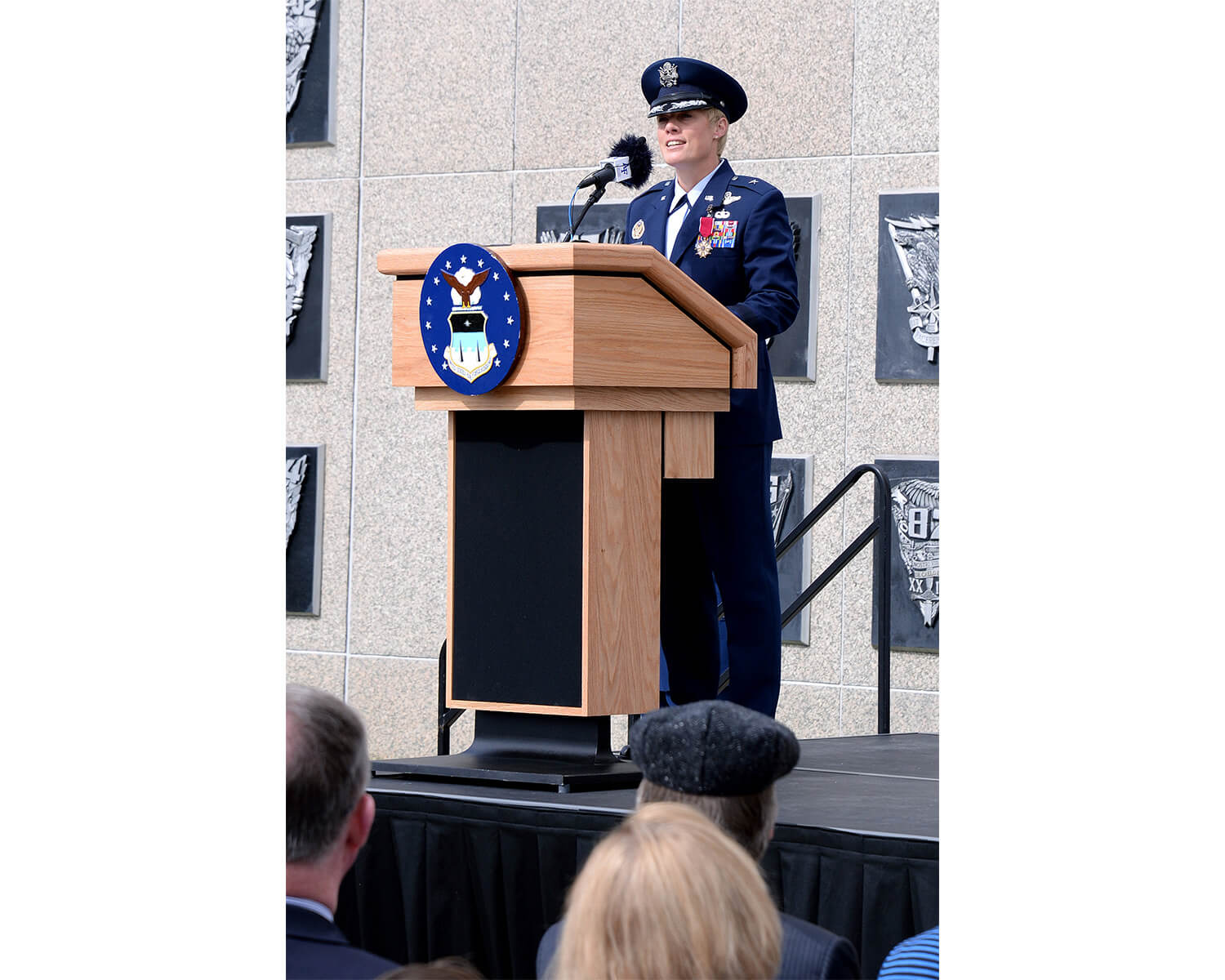 Brig. Gen. Kristin Goodwin took charge of the Cadet Wing at the Air Force Academy May 15 when Superintendent Lt. Gen. Michelle Johnson handed her the CW’s guidon during an assumption of command ceremony.

As commandant, Goodwin now commands a 4,000-member cadet wing, as well as a staff of more than 200 Airmen and civilians who manage cadet character and leadership development, military training, logistics and facilities and daily activities.

Goodwin, a 1993 Academy graduate, spoke to the Cadet Wing, senior leaders, Academy faculty and staff, visiting dignitaries and graduates, about the lessons she’s learned during her nearly 24 years in the Air Force.

“Those lessons can be summed up in three words: people, mission and pride,” she said. “Never forget that people are our most powerful weapon. As your commandant, your welfare will always be my top priority.

“Our mission is an important one, developing leaders of character and the future leaders of the Air Force,” Goodwin said. “Our Air Force is not great because of our aircraft, satellites or cutting edge technology, but because of our people — leaders ready to defend our country. That’s our calling, our mission.”

The commandant spoke about the importance of instilling pride in every facet of the mission.

“We must take pride in what we do. Pride motivates us, it focuses us, it inspires us to achieve more than we believed is possible,” she said.

Johnson said Goodwin brings a unique perspective as she’s served in a variety of high-level leadership positions, to include former senior military assistant to the secretary of the Air Force and 2nd Bomb Wing commander at Barksdale Air Force Base, Louisiana.